Four Little Red Riding Hoods run out from the other side of the forest, the wolf hides and neither the mother nor the grandmother have anything to do with this story. The forest indicates the way.

Thank You for Dancing is a show with six performers and the audience: a live videogame, an analogue and participatory experience where the audience, thanks to its ‘artificial intelligence’, goes up levels and builds part of the choreography.

At the same time, Thank You for Dancing is a videogame application for mobile devices based on a 3D motion capture system. Users can play with the same actors and practice the same instructions as the live show. 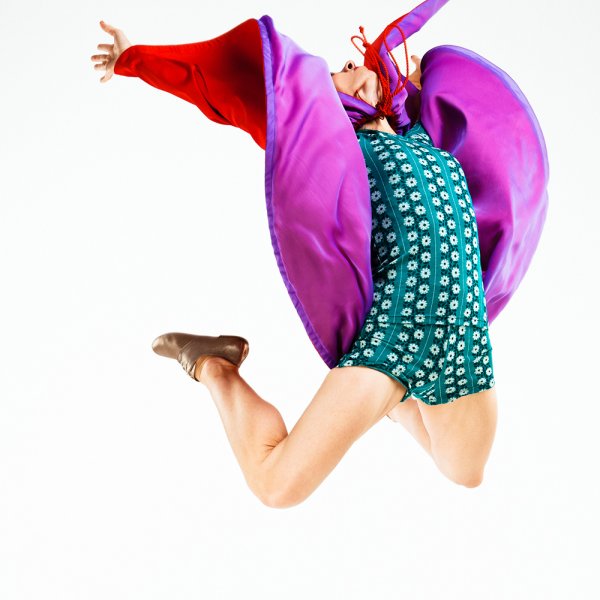 Les filles Föllen are Tuixén Benet and Margherita Bergamo. They’ve worked together since 2008 and in 2010 they premiered the show Entrance with cover charge: two girls smoke a cigarette in only 30 seconds, which won the audience award in the Scena Simulacro Festival in Madrid. They have made nine shows together – the most recent ones are Thank You for Dancing and La pluie et le beau temps – as well as choreographies for video clips, feature films, theatre shows, multimedia installations and their own video clips.

The starting point of all work by Les filles Föllen is movement within an ideal and narrative framework, and the development of their work goes from the particular, the detail, the transcendental and the occasional to the universal, which everyone can understand and share.