Visits included in the price of admission

Laura Arensburg 'Supersonic visions'
As we come in from the street we will stop time within the museum, inspired by the approaches to limits used by art in the 20th century. We will apply supersonic perspectives that penetrate the white walls of the museum in addition to crossing the sound barrier, altering our usual approach to the works of art.

Ricardo Cárdenas
“Secrets, Filtrations and Contradictions”. This visit highlights a selection of works that articulate a constellation of trends in art and artists from the 20th century to the present, structuring bridges to bring us closer to the figure of the artist as an active political subject and art as a disputed sphere of action for social and historical reflection that takes us inside contemporary production. Ricardo Cárdenas emphasizes his journey through the different tensions and socio-political contexts that contextualize the MACBA Collection’s exhibition A Short Century, focusing on the media and practical and discursive strategies in which artists make use of different formal, philosophical and material resources to promote critical discourses within their works.

Itxaso Corral Arrieta.
The paranormal can be, for example, that which is incompatible with our normal perceptions, beliefs and expectations regarding reality. This visit invites us to a paranormal encounter with the Museum. A meeting with everything that makes the Museum and more: the great beyond. It is certainly not a normal visit. Yes, unexpected things will happen to us through our bodies. Yes, we will hear voices from other dimensions and, perhaps, we will acquire several different permeable skills. At the very least – and this is guaranteed – we will spend an hour imagining together.

Alba Rihe
“I COULD DO THAT MYSELF”. Under this title, Alba Rihe offers a guided tour in the form of a game where the museum is transformed into a kitsch trivia contest about the MACBA’s permanent collection. Sound effects and peculiar content from the artists represented in the white cube. Completely free! Don’t miss it! We’ll see you at 5.00 p.m. or 6.30 p.m.

Laura Arensburg
Audiovisual artist and 2005 graduate of the ENERC, the film school of the National Institute of Cinema and Audiovisual Arts of Argentina (INCAA). She completed the MACBA Independent Studies Programme in 2018. Arensburg has received several grants and awards, and her work has been selected and shown at festivals in Latin America and Europe. She has collaborated in the production of films, television programmes and video art and contemporary dance pieces. She also participates in the area of education at art centres, mediating and coordinating video workshops for teenagers. Following an art residency in Hangar, she will soon be a resident at La Escocesa. Arensburg is currently developing her experimental project Malvidentes as well as her first documentary feature, La partida.

Ricardo Cárdenas
Graduate in Visual Arts from the Faculty of Arts and Design, National Autonomous University of Mexico (UNAM). Graduate of the Active School of Photography and member of the 2015 Generation of the SOMA Educational Programme in Mexico City. MACBA awarded him a grant to pursue the Independent Studies Programme (2017-2018), in which he developed theoretical-practical research on communication rhetorics in emerging social systems. His work reflects on politics and poetics of language in contemporary artistic practice. He is currently carrying out a master's degree in Comparative Studies in Literature, Art and Thought at Pompeu Fabra University and is a resident artist at FASE, Espacio de Creación y Pensamiento (Barcelona). He has shown his work individually and collectively in Mexico, the United States, Spain, Belgium and the Netherlands. He currently survives and works in Barcelona.

Itxaso Corral Arrieta
Graduate in Journalism and Performing Arts, graduate in Film and Interpretation from the University of Kent (England), and graduate from the École internationale de théâtre Jacques Lecoq (Paris). He has a postgraduate degree in Body Poetics and Sensory Language and a master's degree in Performing Arts Practices and Visual Culture (University of Castilla-La Mancha – Museo Reina Sofía). She carried out the PEI programme at MACBA between 2017 and 2018.
“I become excited with everything that has to do with clues to understand the communicative processes between living beings, their expressive and affective abilities, and their ways of being and doing together. I'm interested in collective learning spaces, in tune with radical and feminist pedagogies, and in which to encounter questions, infra-things, interferences, rearguards… I investigate around the knowledge of a body circulated and affected beyond conceptual channels. I don't believe in hierarchical constructions in relation to knowledge, and believe that the body's knowledge is instructing us and moving us beyond these hierarchies. Fundamentally, I'm breathing, vibrating and moving, and that's why I call myself a performing artist, loose dancer, vital singer, musical sculptor, writer and deeply paranormal.”

Alba RiheGraduate of Fine Arts from the University of Barcelona. She has developed projects such as Morbid Laws, Las Bistecs and the Bonita Machina collective, among others.
“My career is related to the non-academic artistic circuit that I've been forging in Barcelona's uncoded scene. I've developed different work methodologies that have the same common thread: performance and the fusion of different artistic tools to spread a message that makes use of the absurd and bodily matter as outstanding elements.
I'm currently carrying out a research process along with Laila Tafur: the Grietas project, which is based on a process of bringing our two worlds closer. Laila's is the world of dance, rhythm and coordination, while mine revolves around singing, humour and sarcasm.
I'm also involved in a musical project with Adrià Gil, Venecia Flúor. We're working on the deformation of the voice and the creation of a live set based on the progressive folklore concept that takes on several performance formats, from concerts to performative readings.
Another project I'm developing is the writing and incarnation of monologues that deal with aspects of everyday life from a caustic perspective.” 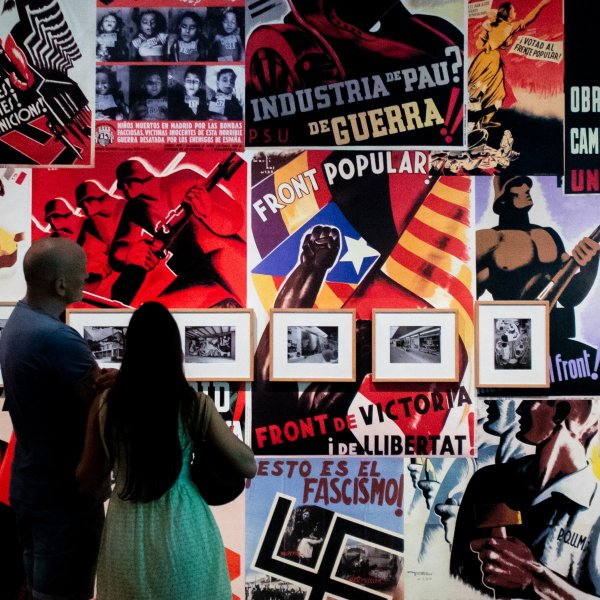 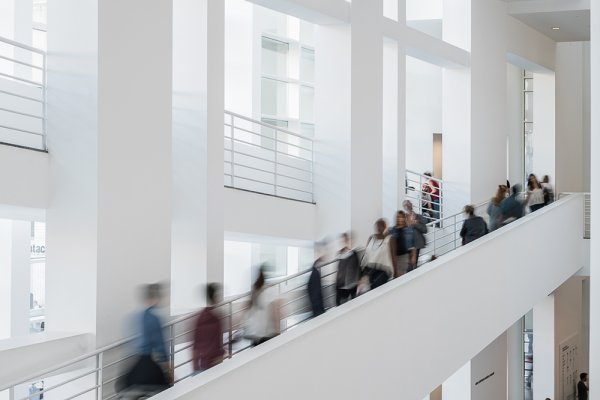 Visitas Visitas a las exposiciones temporales y a la muestra permanente de la Colección
One always arrives to at something which one can no longer depict.
Dieter Roth