Healing, as much as art, is a transformative praxis. It is something done and it does something: it restores. In their collaborative work, Valentina Desideri and Denise Ferreira da Silva explore healing as an art form, a praxis of sensing and making sense that includes studying, thinking, reading and restoring experiences that reach for the deepest level of our entangled existence. Ferreira da Silva and Desideri will host a Sensing Salon—a studio for the practice of healing arts—where different reading and healing tools will be shared and available for use, such as tarots, medicinal plants, Fake Therapy cards, books, astrology, Reiki, etc.

Denise Ferreira da Silva is an academic and practicing artist. Her work addresses the ethical-political challenges of the global present. She is the author of Toward a Global Idea of Race (University of Minnesota Press, 2007), A Dívida Impagavel (Oficina da Imaginaçāo Política and Living Commons, 2019), Unpayable Debt (Stenberg/MIT Press, 2021) and co-editor (with Paula Chakravartty) of Race, Empire, and the Crisis of the Subprime (Johns Hopkins University Press, 2013). She has published several articles in leading interdisciplinary journals, such as 4 Waters-Deep Implicancy (2018), in collaboration with Arjuna Neuman; and the relational art practices Poethical Readings and Sensing Salon, in collaboration with Valentina Desideri. She has exhibited and lectured at major art venues, such as the Pompidou Centre (Paris), Whitechapel Gallery (London), MASP (Sao Paulo), Guggenheim (New York), and MoMa (New York).

Valentina Desideri is an artist whose practice consists of plotting study with others. She trained in contemporary dance at the Laban Centre in London (2003–2006), later did her MA in Fine Arts at the Sandberg Institute in Amsterdam (2011–13) and is currently a PhD candidate at the Social Justice Institute at the University of British Columbia, Vancouver. She does Fake Therapy and Political Therapy, and is one of the co-organisers of the Performing Arts Forum in France. She speculates in writing with Stefano Harney, she engages in Poethical Readings and gathers Sensing Salons with Denise Ferreira da Silva, she is part of the Oficina de Imaginação Política, she reads and writes.

Read more
This activity is part of the Education from Below project, with the support of Creative Europe's programme of the European Union 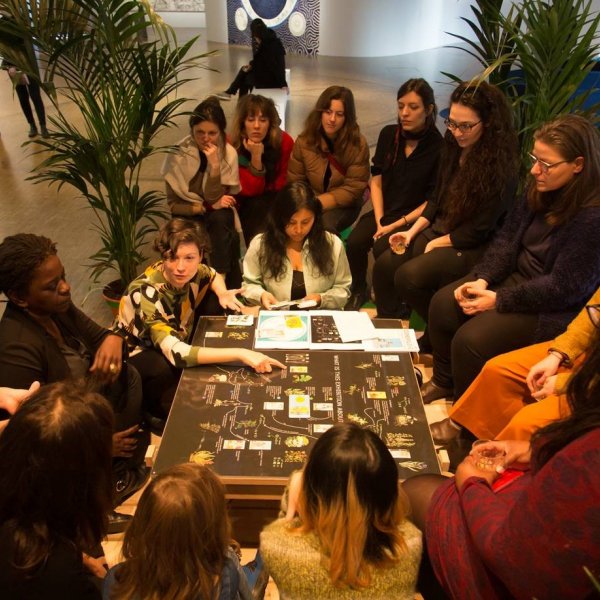 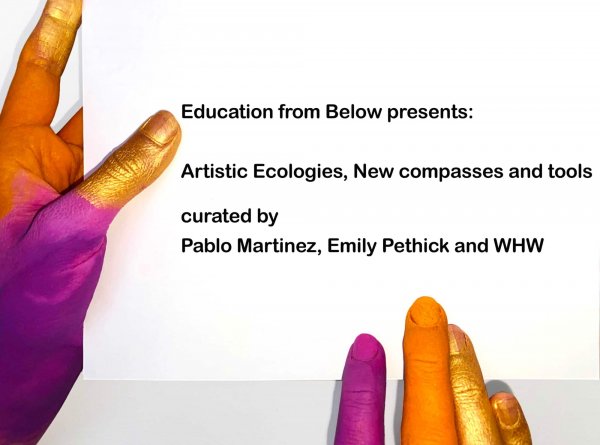 Tuesday 9th, 16th and 23rd March 2021
Artistic Ecologies, New Compasses and Tools Curated by Pablo Martinez, Emily Pethick and WHW
Courses and seminars
My work is my body, my body is my work.
Helena Almeida