In the early nineties, in Mexico City a group of young people from different disciplines and linked to the Universidad Nacional Autónoma de México began working under the acronym formed from the Forensic Medical Service (Semefo). With the intention of bringing the culture of the periphery to the centres of art, the group made multidisciplinary presentations that addressed violence and taboos beginning with a combination of visual arts, performance, theatre and Trash Metal music.

Interested from the start in the subject of death, their work shifted from the use of organic materials of animal origin to the remains of bodies from the morgue and tended towards Conceptual art and Minimalist sculpture. Aside from a fascination with what they called ‘the life of the cadaver’, the collective produced works that are now considered representative of Mexican art and are heirs to a tradition of the representation of death.

AUTHORS
José Luis Barrios: Lives and works in Mexico City. After obtaining a bachelor's and master's degree in philosophy, he specialised in the study of aesthetics and art theory. Currently writing his doctoral thesis in Art History at UNAM, under the title: Disgust and morbid curiosity or the rhetoric of the spectacle in contemporary art. He has curated several exhibitions, including Mi versión de los hechos (My Version of the Facts) on the work of Magali Lara at the Museo de Artes y Ciencias at UNAM. He has been the director of CURARE. Espacio Crítico para las Artes since November 2000 and writes regularly for ‘Confabulario’, the cultural supplement of El Universal.

Luis Javier García Roiz: Lives and works in Mexico City. He is a graphic designer for the Universidad Iberoamericana and candidate for Master in Visual Arts from the Academia de San Carlos at UNAM. Divides his time between teaching at the Universidad Iberoamericana, at the Centre of Design, Film and Television, at the Tecnológico de Monterrey, and as a freelance designer. Known in the world of illustration and comics by the name of Carcass, Roiz was a founding member of the legendary publication Molotov in the nineties.

Bárbara Perea: Lives and works in Mexico City. She has a degree in Art History from the Universidad Iberoamericana and participated in the curatorial studies programme organised by Teratoma. She was director of the Museo Universitario de Ciencias y Arte MUCA Roma (Mexico City) from 2003–6, where she curated and organised numerous exhibitions. In 2011 she was part of the curatorial team for the Festival of Electronic Arts and Video TRANSITIO_MX 4.

Pilar Villela: Lives and works in Mexico City. She studied Visual Arts at the Escuela Nacional de Artes Plásticas and is a lecturer in Aesthetics and Art Theory at the Centre for Research in Modern European Philosophy (CRMEP), Middlesex University, London. She has exhibited her work individually and collectively in Mexico and abroad.

PARTICIPANTS
Mariana David: Born in Mexico City, currently lives in Madrid. She studied Art History at the Universidad Iberoamericana in Mexico City. She has worked as coordinator of the alternative space La Panadería (The Bakery), as curatorial assistant at the Museo Rufino Tamayo and as curator of MUCA Roma at UNAM (Mexico). She curated Proyecto Juárez (Museo Carrillo Gil, Mexico City, 2010, and Matadero, Madrid, 2011).

Mary Virginia Jaua: Writer, editor, analyst and cultural researcher. She has developed various publishing projects related to art and culture. She currently manages the online magazine of art criticism and contemporary cultural analysis Salonkritik, is managing editor of the journal Estudios Visuales and editor of content in the sound art project El Estado Mental Radio. She has conducted seminars, workshops and lectures on art, writing, new media and image analysis. She has collaborated with artists and musicians and has written numerous critical texts on art, literature, film and music.

Carolina Olivares: Born in Valdivia, Chile. She studied theatre at the Universidad ARCIS , Santiago de Chile. Lives and works in Barcelona and Paris. In 2008 she created CO producciones, an independent platform producing video art and documentary film, and also organises cultural events. Between 2004 and 2008 she directed, with Sigismond de Vajay, the Kültur Büro Barcelona, an independent space for the production and exhibition of contemporary art projects. Currently preparing the production of a feature film by André S. Labarthe. 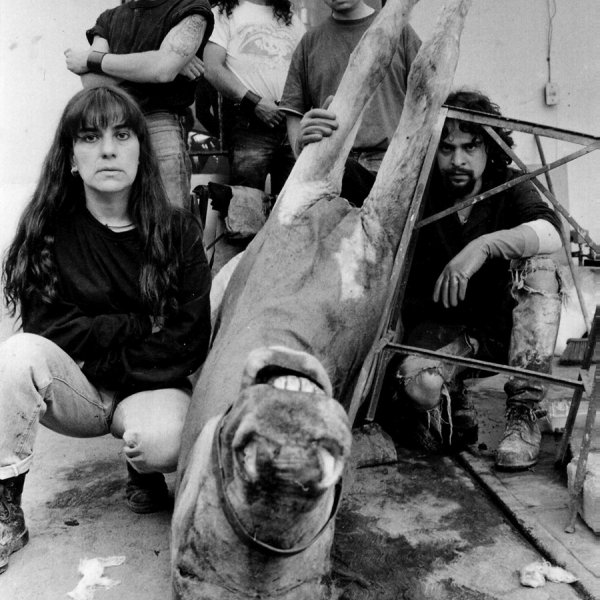 Auditorium. Limited places.
With the collaboration of CO Producciones.