Live streaming of the talk between Zygmunt Bauman, Rudy Gnutti and Pere Portabella at 8.30 am.

‘Digital Athens’ is a term coined by Erik Brynjolfsson (MIT) according to which, in the future, machines will do most of the work (much as slaves did in ancient Greece), thus allowing people more free time to dedicate themselves to higher things. Why then, at a time when we have the mechanisms to improve and rationalise life on this planet, are we heading towards a foreseeable and catastrophic collapse? Capitalism has been, and undoubtedly still is, the driving force behind the most spectacular technological development since the Industrial Revolution. The system has created a frenetic situation, with production and competitiveness as the unstoppable motors of so-called ‘progress’.

Despite some glaring pockets of injustice, there is no denying that this competitiveness has in recent decades proved an extraordinary solution for the economic, political and social development of many countries in the world that had until now been systematically excluded from any kind of progress. Yet the rapid and evermore efficient changes in engineering technology and IT have also provoked a slow but unstoppable decline in employment, in the areas of production as well as services. Technology taking over jobs, together with the progressive disappearance of the middle-classes, is becoming increasingly evident even to the more sceptical. These tumultuous and vertiginous changes are provoking the loss of cultural, political and social references leading to an uncertain and volatile way of life. This is what Zygmunt Bauman refers to as a ‘liquid modernity’.

Accepting the evidence, taken in conjunction with the necessity for a drastic deceleration in production and global consumerism, may have catastrophic consequences or else force us to backtrack towards a more sustainable world. Since the problem is on a global scale, solutions must be universal. This documentary confronts all of the above, clearly and directly, through the testimonies of thinkers, philosophers and economists of the highest level and of disparate ideological tendencies.

More information: @inthesameb and In the same boat 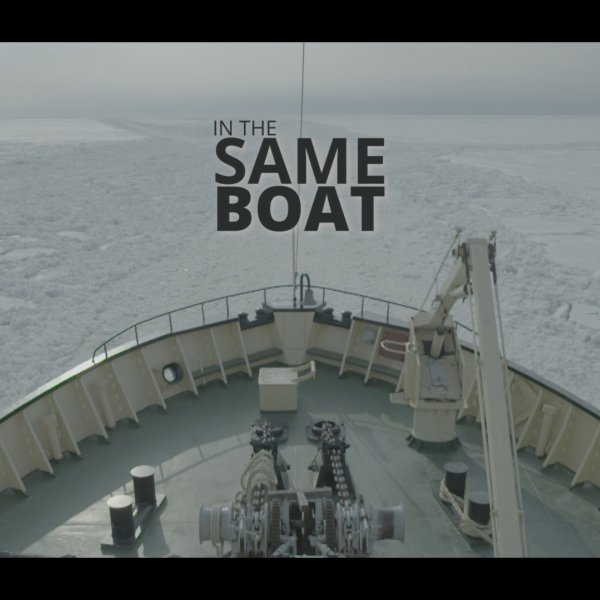