Music and live artsAll audiences
Coàgul (Catalonia), Fifteen Years Old (Peru) and Narcoléptica (Madrid) are three projects that share a radically experimental approach to music and performance, although each does so from a particular and personal universe of sound and imaginary. The juxtaposition of these three shows, in which music is combined with the visual arts, creates a complex emotional event that seeks to make an impact on the audience through disruptive and provocative actions. In this way the exercise of regulations as a pre-established regime in the universe of the everyday is held to question.
Main sponsor of the activities: 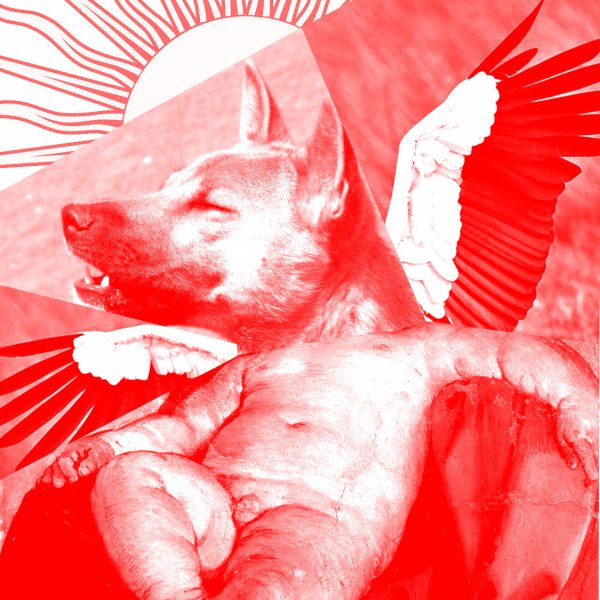 - Activity recommended for people over 18 years.
- In a certain moment of the concert will be used strobe light.

Coàgul is the musical project of visual artist Marc O’Callaghan (Barcelona, 1988). In a desperate historic ultimatum for combating the contemporary world’s characteristics of dissolution and dispersion, Coàgul’s main function is to concentrate the energy of certain cosmic principles at the physical point in which music is performed or reproduced. This music is geometrised from minimalist and repetitive industrial bases, magic bells, field recordings triggered in the form of audible silences and a disturbed voice that is literally spitting metaphysical announcements at the audience. As well as a large number of indie releases on cassette and CD, in 2013 Coàgul released La roda de la justícia, its debut vinyl with the Màgia Roja label, which was presented while on tour in Catalonia and Europe during 2014. In this concert Coàgul will present its second LP, La forja centrípeta, which is about to be published on the Burka For Everybody label.

Fifteen Years Old is the solo project of music and performance by Solange Jacobs (Lima, 1978), architect and audiovisual artist who works with music and the visual arts as a means of experimentation and provocation. On this occasion, Fifteen Years Old presents its latest release: Abecedario (Buh Records, 2015). This is a personal alphabet in which sexuality and religion, political activism and desire intertwine and offer an observation on and an intervention into reality from poetry, the voice, the use of body and sound; a set of interventions that, originating from a personal and intimate universe, acquires a social and collective dimension when interacting with the audience.

Narcoléptica is the solo musical project developed since 2006 by Beatriz Vaca (Seville, 1985). It has three self-published albums: Narcoléptica (2006), The Modular Explanation (2009) and The Abyss (forthcoming). Focusing on live performance, over the past seven years Narcoléptica has consolidated its project with over a hundred international performances (in Colombia, Peru, Costa Rica, Mexico, Cuba and Spain, among other countries). The work is based on experimentation, a mixture of sound sources (traditional and virtual instruments, programming, field recordings and vocals) and live-looping (loops recorded in real time). Over predefined structures that support each piece, Narcoléptica allows for deviations in which improvisation defines each performance as distinct and unique.