The Philippe Méaille Collection of Art & Language works comprehends the most variegated categories of art: writing notes, typescripts, documents, essays, photostats, periodicals, publications of all sorts, books, drawings and paintings, and last but not least, the fragments of an ongoing conversation. The sheer heterogeneity of this production is an essential characteristic of the history of Art & Language, quite often mistaken as a history of Conceptual Art that went awry. The theory, art objects and a narrative that embraces them suggests that the practice of Art & Language is somehow self-sufficient – indeed, separate and distinct from Conceptual Art. Now all these materials must find their way through the museum, an institution eager to see the dust settle down and the necessary discussions begin.
The Museum of Contemporary Art Barcelona (MACBA) is organising this seminar so as to introduce the Philippe Méaille Collection of Art & Language documents to the public, and to launch a critical inquiry into a particularly significant aspect of the collection – what is usually called 'an early Conceptual Art practice'. The documents of the collection will soon be accessible at the MACBA Study Center, and the seminar is the first in a series of public events organized by MACBA leading to an exhibition scheduled for autumn 2014. The legacy of Art & Language, often regarded as radically uncompleted and radically inconclusive, will be object of discussion and evaluation during a two-day seminar that will include the voices of the artists, critics and the Jackson Pollock Bar. 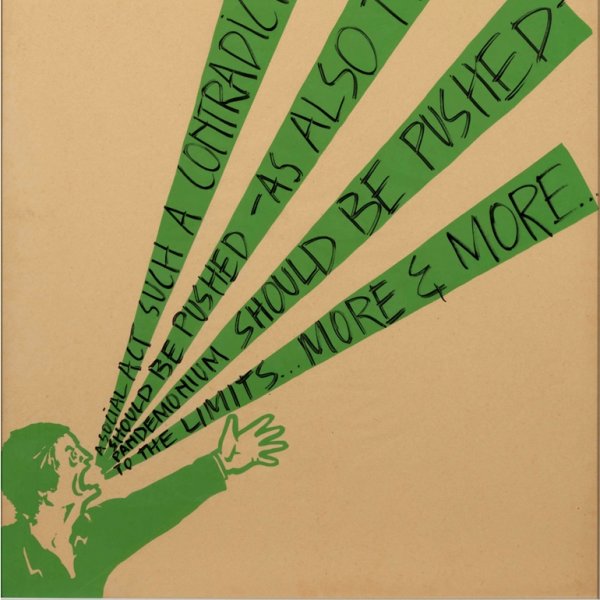 Friday 17th of May
4.30 pm Carles Guerra
Somewhere to start over. The Philippe Méaille Collection of Art & Language works

Since the late sixties Art & Language has played a crucial role in the critique of the division of labour that prevails in the art world. Its many forms of cultural critique leave the impression that the works produced by this group are merely transitional objects whose true purpose would be to destabilise any form of propagation of modern art. The books and documents of Art & Language gathered in the Philippe Méaille Collection propose a contingent yet extremely significant outcome, as they suggest an inconclusive identity to the trajectory of these artists. It is not, therefore, a representative collection of Art & Language, as some would say, but a speculative version of the group's history.

5.30 pm Matthew Jesse Jackson
If You Were Art & Language, Then You’d Be A Fucking Decent Contemporary Artist

A depressing, anesthetizing triviality seeps into everything when art becomes a question of institutional gambits clad in professional intellectual decoration. You start to feel that all the things you are doing are products of a second-rate ambition to fulfill an appropriately 'critical' and 'provocative' role in the distribution and analysis of culture. In its many varied gestures, Art & Language has been dedicated to impeding this process of trivialization. It is a practice that never stops shaking The Sleepwalker That Is Contemporary Art and it achieves this task by simply continuing to exist. And Art & Language does exist. It even exists well.
6.30 pm Questions and discussion
7 pm Break
7.30 pm Jackson Pollock Bar
Confession: Art & Language Interviewed by Carles Guerra
Jackson Pollock Bar is concerned with the 'installation' of theory. The playback method has been developed not with a mimetic purpose, but a vocal performance of coarse texture whis is experienced as a relatively autonomous redoubling of the putative 'original'. The appropriate locations for theory installations are where art's objects and spaces tend to overlap and to merge with talk and the other processes of human communication. They might be the margins of art sites, or bars and foyers, or be connected with such events as openings and symposiums.

Saturday 18th of May
10.30 am Presentation by Carles Guerra

The reflection of this intervention centres on the tradition that made art an epistemological subject. Taking the phenomenon of Art & Language as the common thread, it analyses the co-presence of affect, precept and concept in artistic discourse from the perspective of critique as sabotage.

12 pm Elena Crippa
Art & Language: The Coventry Forum. Teaching and Practicing as Forms of Conversation
The history of the relationship between the formation of Art & Language and the teaching of three out of its four founding members at Coventry College of Art (1969-71) has never been the object of substantial research. This paper attempts a first in-depth examination of this history, of the group's conception of a pedagogy for critical thinking and of the engagement of tutors and students in a collective learning experience. The format of the conversation was not only a defining element in the constituency of the group, but shaped the type of work produced by tutors and students. Their writing, embodying the dialogical nature of the collective, approached a condition that can be described as a sort of performance.
1 pm Questions and discussion.
4.30 pm Screening of Documenta 5 (1972) by Jef Cornelis,
53'19''

In 1972 Harald Szeeman included the group Art & Language among the artists selected for this Documenta. Directed by Jef Cornelis, the film includes substantial statements by Michael Baldwin, Mel Ramsden and Charles Harrison, filmed in the same space in which Index was presented, one of the first public formulations of their conversational practice. Ben Vautier, Lawrence Weiner and Marcel Broodthaers also appear in this documentary film, which, strangely, is prefaced recognising the hegemony of hyperrealism and its coexistence with early examples of Conceptual art.

Carles Guerra
Chief curator of the Museum of Contemporary Art of Barcelona (MACBA), he was previously director of La Virreina Centre de la Imatge, where his projects included Antiphotojornalism, (2010), and 1979. A Monumento to Radical Moments (2011). He is the author of numerous essays and books, including N for Negri (2000), Allan Sekula speaks with Carles Guerra (2005) and Art & Language. Writings (2007). Since 2005 he has been an associate lecturer at the Universitat Pompeu Fabra.

Matthew Jesse Jackson
Matthew Jesse Jackson teaches in the Departments of Visual Arts and Art History at the University of Chicago. He is the author of The Experimental Group: Ilya Kabakov, Moscow Conceptualism, Soviet Avant-Gardes (2010) and Vision and Communism (2011).

Jackson Pollock Bar
The theories of theoreticians, and indeed the theoreticians themselves, no longer form a neutral abstract background to the aesthetic. They have developed so as to constitute its material. The 'aesthetic' has become discursive and 'discourse' has become aesthetic. That is the implosion of art and language. Theories which develop a consciousness of their position in the course of a communicative process must necessarily pay attention to the way they are observed: they must be exhibited.

Manuel Asensi
Professor of Theory of Literature and Comparative Literature at the Faculty of Philology at the Universidad de Valencia and visiting professor at several universities in Europe and the United States. He directs the Humanities collection for the publishing house of Tirant lo Blanch and is a cultural critic for the Cultura/s supplement of the newspaper La Vanguardia. His research focuses on literary theory and criticism, Spanish literature, film and art criticism. His works include Historia de la teoría de la literatura (1998), Los años salvajes de la teoría (2006) and Crítica y sabotaje (2012). He also translated into Spanish and edited Can the Subaltern Speak? (2009) by Gayatri Spivak.

Elena Crippa
Elena Crippa is a curator and researcher based in London. She is a doctoral candidate at the London Consortium, developing her research as part of the Tate's 'Art School Educated' research team, and a lecturer on the MRes Art: Exhibition Studies at Central Saint Martins College of Art and Design, University of the Arts London. Her current research focuses on the development of discursive pedagogies and practices and on the growing importance of the moment of display within British art schools in the 1950-60s.

Art & Language
Michael Baldwin and Mel Ramsden
The name Art & Language was first adopted in 1968, to refer to a collaborative practice that had developed over the previous two years between Michael Baldwin and Terry Atkinson, in association with David Bainbridge and Harold Hurrell. Over the next several years it stood for a collaborative practice with a growing and changing membership associated with the journal Art-Language, first published in May 1969, and subsequently with a second journal The Fox, which was published in New York in 1975-76. Joseph Kosuth was invited to act as American editor of Art-Language in 1969. In the following year Mel Ramsden and Ian Burn merged their separate collaboration with Art & Language. By the mid seventies some 20 people were associated with the name, divided between England and New York. From 1976, however, the genealogical thread of Art & Language's artistic work was taken solely into the hands of Baldwin and Ramsden, with the theoretical and critical collaboration of these two with Charles Harrison, who died in 2009. 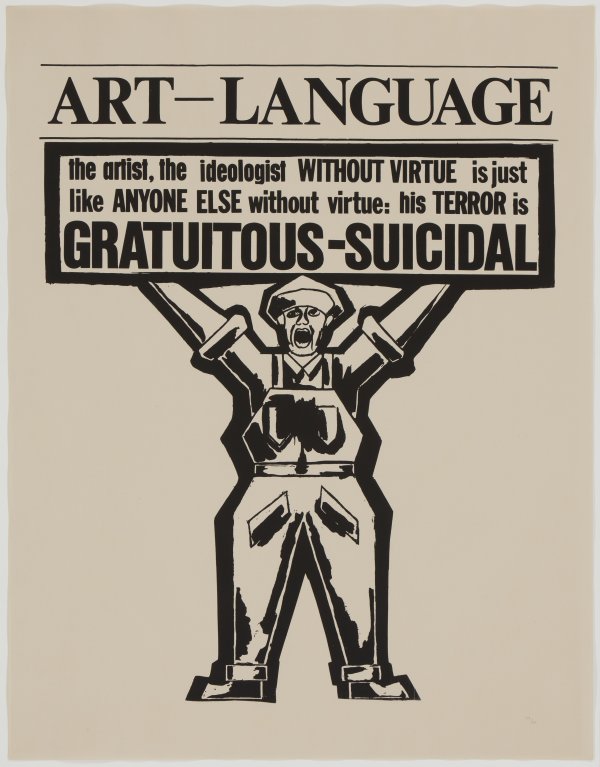 Art & Language: The Coventry Forum. Teaching and Practicing as Forms of Conversation
The sabotage of criticism or why art became conceptual
If You Were Art & Language, Then You’d Be A Fucking Decent Contemporary Artist
Somewhere to start over. The Philippe Méaille Collection of Art & Language works 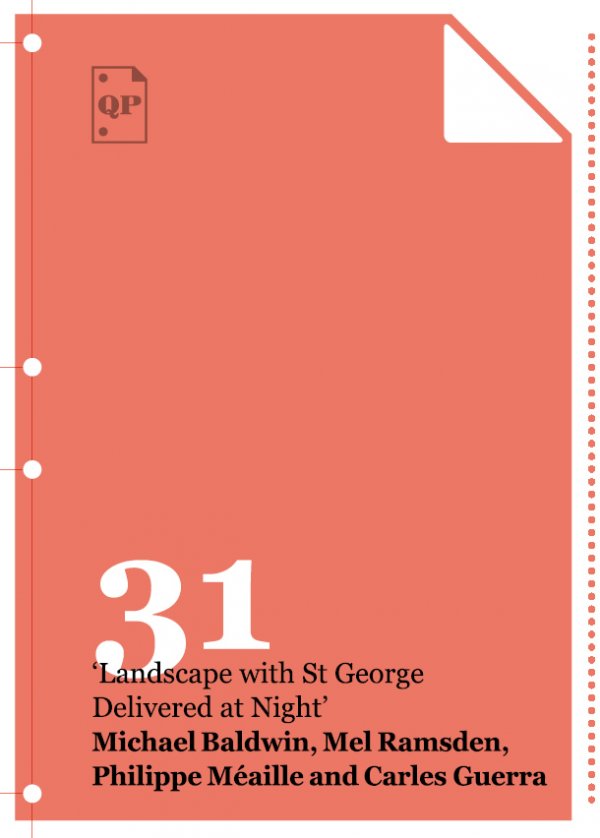 Quaderns portàtils
Art & Language "Landscape with St George Delivered at Night"
Art, Language, Carles Guerra and Philippe Méaille
My work is my body, my body is my work.
Helena Almeida