A culinary workshop and talk from transfeminist and anti-speciesist perspectives. “Food” occupies a central place in the production of bodies that (don’t) matter; their meanings are fluid, multiple and contradictory, in constant opposition. “Cooking” and “eating” can be understood as performative acts that can replicate the logic of hierarchization, regulation and control over lives (human and non-human), sacrificial patterns and the “derealization of the Other”.

However, they also contain possibilities for subversion that contribute to the emergence of new economies of recognition, the strengthening of interdependent and empowered relationships among living beings and the construction of a “politics of the common good”.

How is it that “popular veganism” makes it possible to (re)think the place of “food” in the production of embodied subjectivities and to destabilize its meanings? How can it contribute to resignifying the acts of “cooking” and “eating”? How can it constitute a multiplying pole of phagocytic performativities that resist cisheteropatriarchal norms, capitalist and colonial regimes of expropriation and speciesist violence?

In this workshop and talk we propose: a) a brief analysis of how “food”, “cooking” and “eating” have historically been associated with gender, sexuality, class, race and markers of species in the Western context, doing so in dialogue with theorizations about dematerialization of bodies; b) the creation of a space for sharing, experimenting and co-learning about “popular veganism” through the preparation and phagocytation of foods that seek to place care for life front and centre.

Anabela Moreira dos Santos is a transfeminist and anti-speciesist activist. She is part of the self-managed social centre A Gralha (Porto, PT) and the political collective Rata Dentata (PT). She likes research as a tool for resistance and transformation. Disenchanted with the hierarchical and elitist structure of the academy, her current interest is undertaking autonomous research from/with/for the community.

Sandra Pereira da Rocha, a dyke non-binary womxn, is a transfeminist activist and anti-capitalist ecologist. She is part of the self-managed social centre A Gralha (Porto, PT) and the political collective Rata Dentata (PT). A self-taught chef, she began cooking when she was 12 due to the imposition of gender and the industrial cruelty of capitalism (her mother arrived home very late from the factory and her family had to eat). On her path as an activist, she has had the opportunity to turn an imposition into a pleasure in finding a tool for resistance in the kitchen. 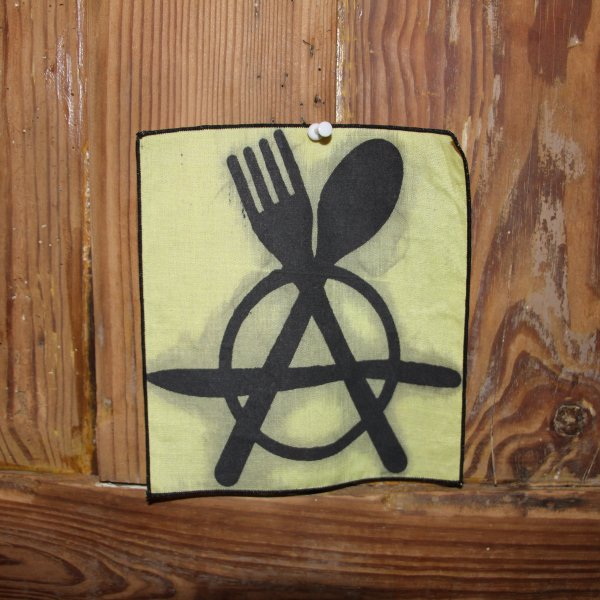