This seminar is curated by Kristine Khouri and Rasha Salti within the context of the exhibition Past Disquiet. Narratives and Ghosts from the International Art Exhibition for Palestine, 1978, with Fadi Bardawil, Catherine David, Alfredo Jaar, Kristine Khouri, Rasha Salti and Elias Sanbar.
The conceit of archival and documentary exhibitions proposes a critical revision of historiography and of the intellectual mindset that frames the production of knowledge about artistic and museographic practice. How has the relationship of Palestine, a state still struggling for international recognition, to the museum and museographic practice evolved over time? Can a museum become the site for incarnating the aspiration for statehood? Palestine has embodied a ‘metaphor’ for the aspirations of several generations of Arab militants, intellectuals and artists, for self-determination, justice and freedom of expression. Can a metaphor be exhibited in a museum? And lastly, The International Art Exhibition for Palestine (1978) was intended to become an itinerant museum in exile, but its archival traces were lost. It crystallised forms of worldly political engagement among artists in the 1970s that have totally lapsed and its ‘excavation’ interrogates critically prevailing narratives of art historical writing.

Palestine at/without the Museum: Loss, Metaphor and Emancipation is a seminar that invites intellectual and cultural historians Elias Sanbar (Palestine/France) and Fadi Bardawil (Lebanon), curator Catherine David (France) and artist Alfredo Jaar (Chile) to reflect on the key questions raised by the documentary and archival exhibition Past Disquiet: Narratives and Ghosts from The International Art Exhibition for Palestine, conceived to mediate and incarnate the research around The International Art Exhibition for Palestine of 1978. 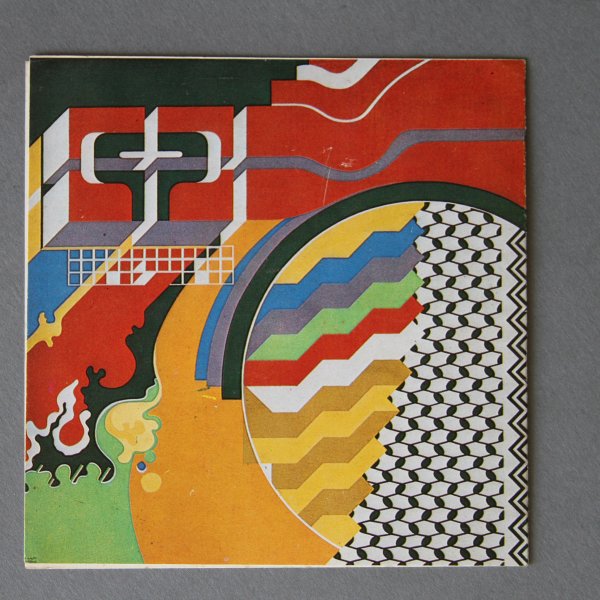 Fadi A. Bardawil joined the Department of Asian Studies at the University of North Carolina – Chapel Hill last autumn as an assistant professor of contemporary Arab cultures after spending three years as a Harper Fellow at the University of Chicago’s Society of Fellows. His writings have appeared, and are forthcoming, in the Journal for Palestine Studies (Arabic edition), Boundary 2, Jadaliyya, Kulturaustausch, and the daily newspaper al-Akhbar.

Catherine David is a French art historian and curator. From 1982 to 1990 she was Curator at the Musée National d’Art Moderne at the Centre Georges Pompidou and from 1990–94 Curator at the Galerie Nationale du Jeu de Paume, both in Paris. From 1994–97 she was Artistic Director for Documenta X in Kassel, Germany, and from 1998 has been Director of the long-term project Contemporary Arab Representations that began at the Fundació Antoni Tàpies in Barcelona. In 2000 she organised The State of Things for the KW Institute for Contemporary Art, Berlin. From 2002–4 David was Director of the Witte de With Center for Contemporary Art in Rotterdam in the Netherlands. She is currently the Deputy Director of the Musée National d'Art Moderne at the Centre Pompidou.

Alfredo Jaar is an artist, architect and filmmaker who lives and works in New York City. He was born in Santiago de Chile. His work has been shown extensively around the world, including the Biennales of Venice (1986, 2007, 2009, 2013), São Paulo (1987, 1989, 2010) as well as Documenta in Kassel (1987, 2002). Important individual exhibitions include The New Museum of Contemporary Art, New York; Whitechapel Gallery, London; The Museum of Contemporary Art, Chicago; The Museum of Contemporary Art, Rome; the Moderna Museet, Stockholm; and the Centre d'Art Santa Monica in Barcelona. A major retrospective of his work took place in summer 2012 at three institutions in Berlin: Berlinische Galerie, Neue Gesellschaft für bildende Kunst e.V. and Alte Nationalgalerie. In 2014 the Museum of Contemporary Art Kiasma in Helsinki hosted the most extensive retrospective of his career. Jaar has realised more than sixty public interventions around the world, with more than fifty monographic publications. He became a Guggenheim Fellow in 1985 and a MacArthur Fellow in 2000.

Elias Sanbar was born in Haifa in 1947, but grew up and studied in Lebanon, where his family were forced to move following the creation of the State of Israel. In 1969 he went to Paris to continue his studies. He has taught international law at the University of Paris VII. He has also taught in Lebanon and Princeton University, USA. In 1981, he co-founded the prestigious Revue d'études palestiniennes, published by Les Éditions de Minuit, of which he was editor until 2006. An outstanding political negotiator, from 1992–97 he participated in the Washington negotiations, as director of the Palestinian delegation charged with negotiating the fate of Palestinian refugees. In 1988 he became a member of the Palestinian National Council. Since 2012, he has been the Palestinian Ambassador to UNESCO. He is also part of the patronage committee of the Russell Tribunal on Palestine. 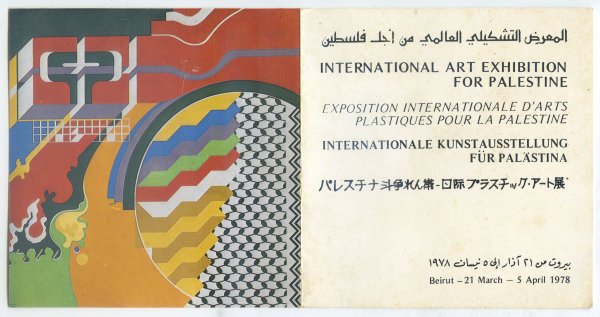 Past Disquiet Narratives and Ghosts from The International Art Exhibition for Palestine, 1978

Past Disquiet Narratives and Ghosts from The International Art Exhibition for Palestine, 1978
Lectures
Activity 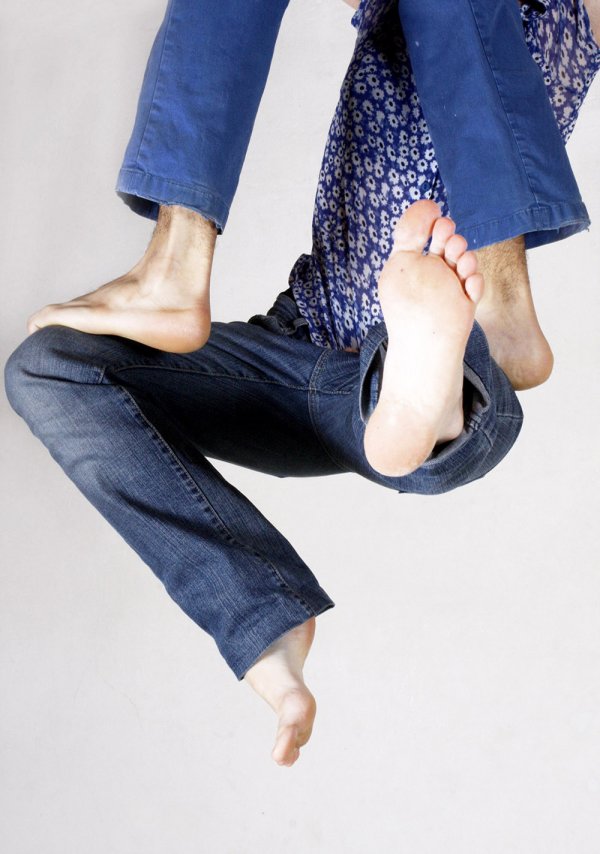 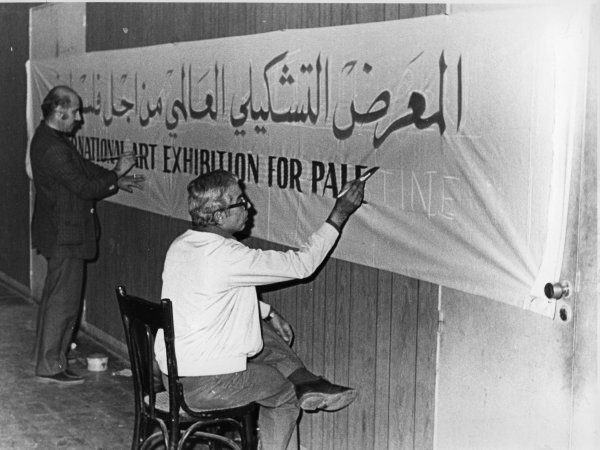 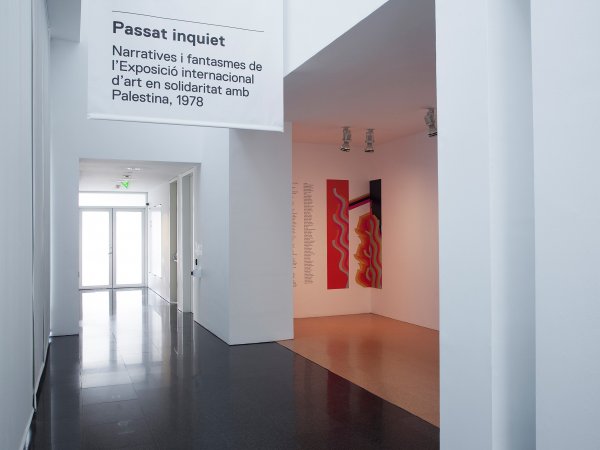 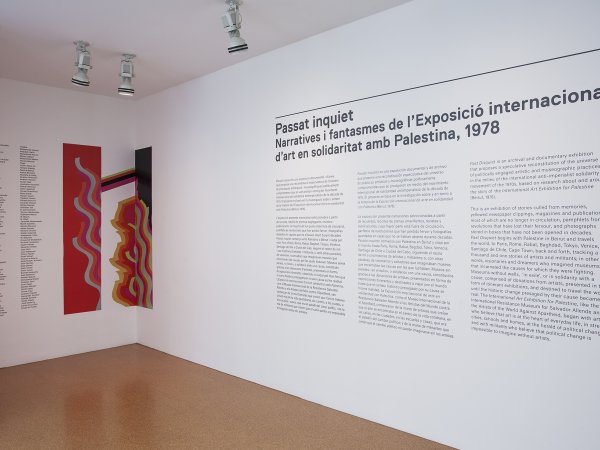 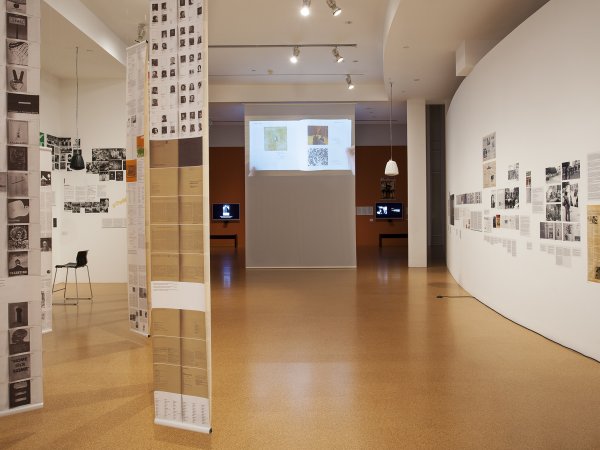 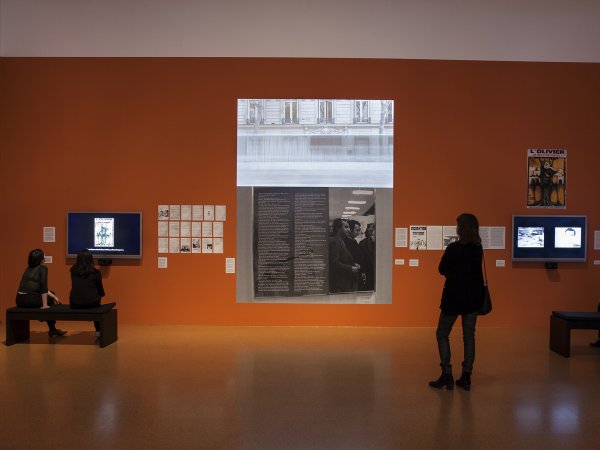 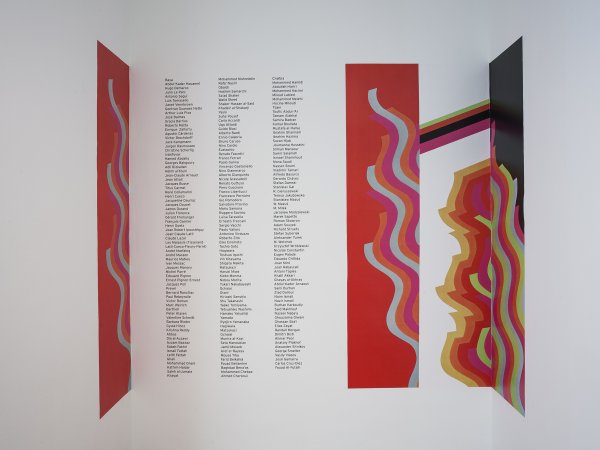 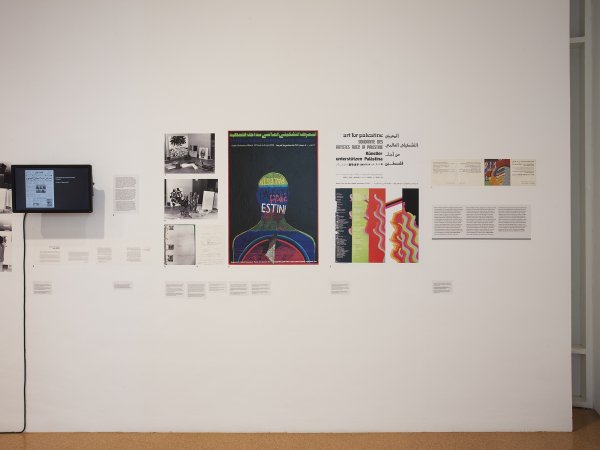 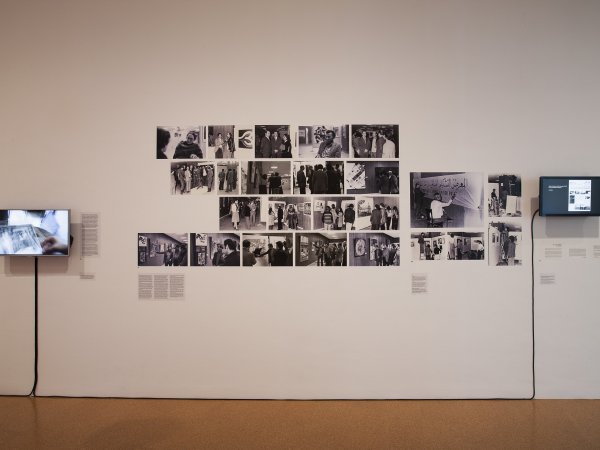 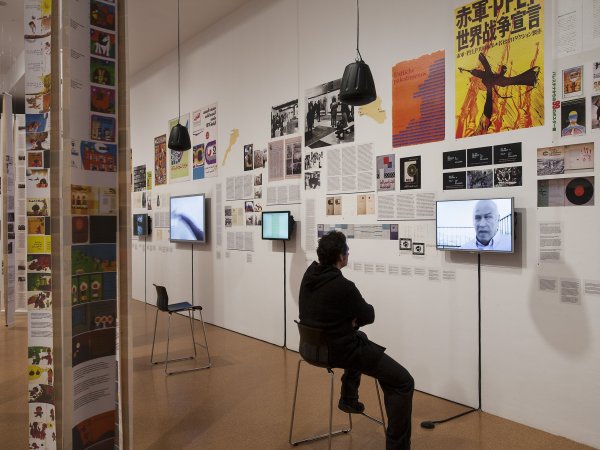 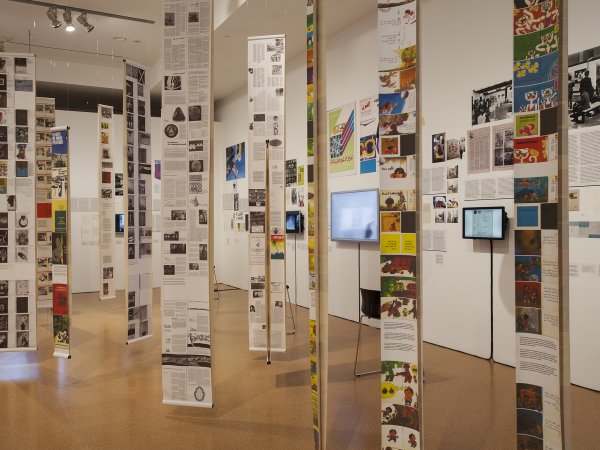 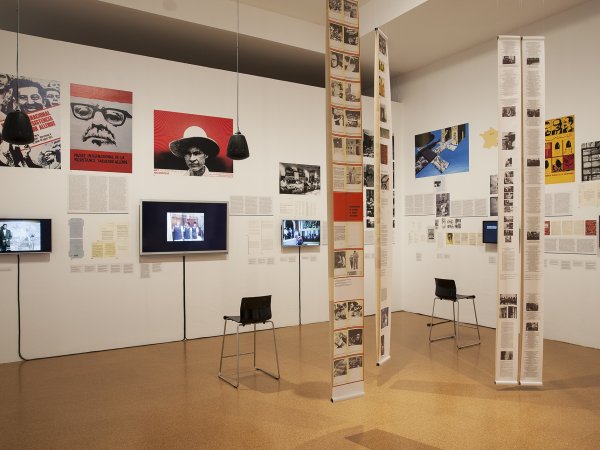 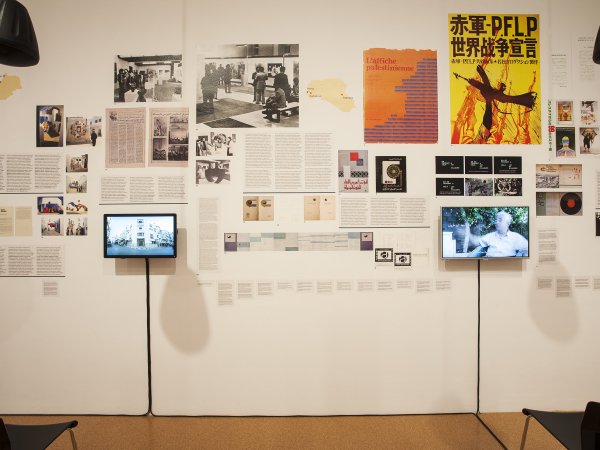 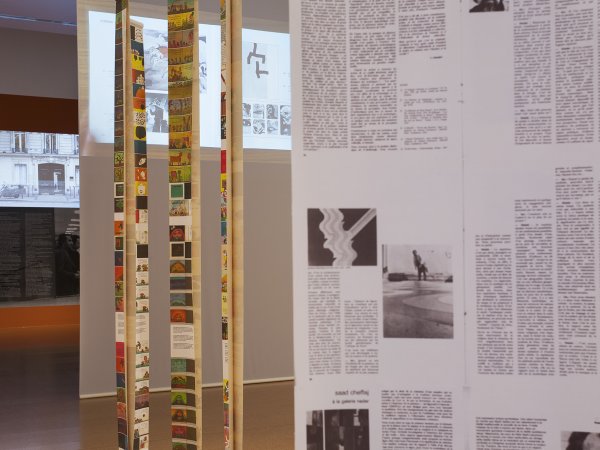 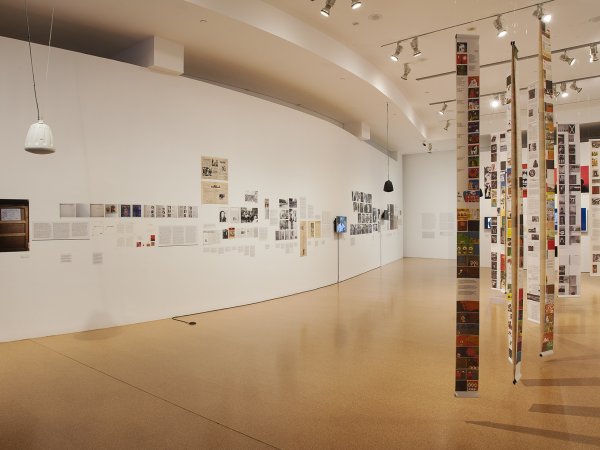 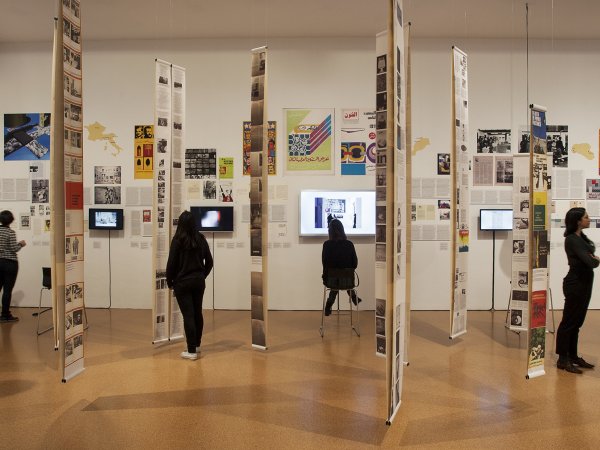 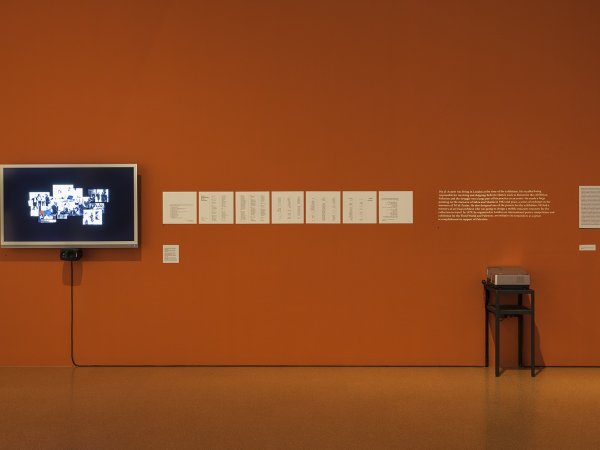 (title of talk tbd)
It is Difficult
A Museum Full of Emptiness
Mediating Palestine: The 1978 Exhibition and Its Aftermaths