Banchelli organises a system of flux in a continuous crescendo, interlaced by the intense crossovers between dance and thought, thus creating a minimal multi-layered connection between the artists, thinkers and public. Via the intensity of the movement, the sound and the words, the happening questions the meaning of an ‘event’, where the participants’ connections generate a sequence of contingencies.

Our desire to confront with the thought of one of the greatest living philosophers – who is at once present and absent – is then expressed through dance. During the performance, Badiou’s voice echoes in the space and his figure transforms into a sculptural presence, in accordance with the live music by composer Emiliano Zelada and the movements of the dancers Julie Cunningham and Harry Alexander. The symmetry between the texts by Jonathan Lahey Dronsfield and the bodies occupying the space is then cut by a non-narrative perspective, transforming the dialogue between the two into direct action. 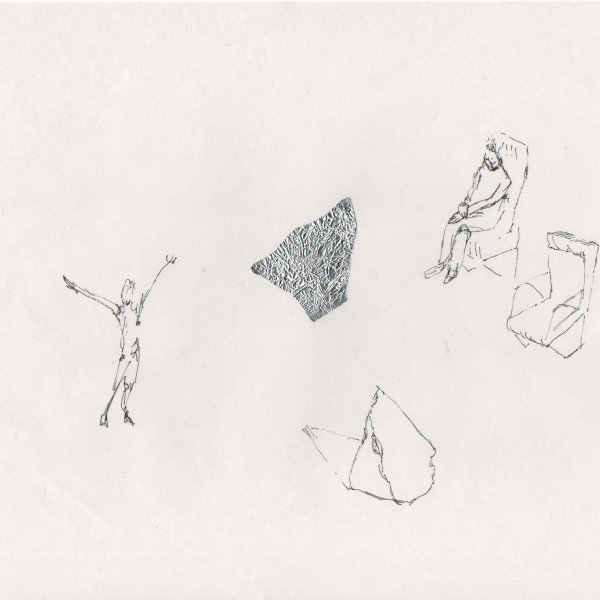 With: Francesca Banchelli, Pier Luigi Tazzi, Jonathan Lahey Dronsfield, Emiliano Zelada and Julie Cunningham & Harry Alexander (from the Michael Clark Company, London)
Concept and choreography: Francesca Banchelli
Music: Emiliano Zelada
Texts: Alain Badiou – excerpts from: ‘The Event of Truth’ (2002) and ‘Toward A Positive Definition of The Infinite’ (2011), lectures given at The European Graduate School of Geneva. Jonathan Lahey Dronsfield: ‘10 engagements with Badiou’ on love from the perspective of one who distrusts him and ‘Paul Celan: A Conversation in the mountain (Spinoza reprise)’
Curated by: Carolina Ciuti
Duration: 35 mins
With the collaboration of: Instituto italiano (Barcelona); Michael Clark Company (London, UK);
Ponte Vecchio Gioielli (Florence, Italy)