Part of the programme Constituent machines: constituent power, biopolitics, democracy, organised by the Study Centres of the Museo Reina Sofía and MACBA, this series of lectures and seminars is presented by Wolfgang Streeck.

The programme aims to reflect, discuss and analyse the contents of the political constitution of our societies at the present time based on the concept of constituent power and the necessary conditions for its development as a large-scale experiment of collective social action and general mobilisation of the intellectual, social, cultural and political energies of European societies. Starting with the crisis of political and institutional imbalance affecting Europe and Spain at the moment, it will study and analyse the possible constitutional processes in different European countries.

Another aim is to examine the constituent cycle that has opened up in Spain and Europe, starting with an analysis of the great social movements, the constituent assemblies and the processes of political innovation that have occurred in Latin America over the last twenty years. Their materialisation has opened important avenues for action and innovation in Latin American politics, which can help us understand and imagine possible future scenarios in Spain and Europe. In this sense, the new catalogues of rights and new social policies, the concept of plurinationality and the constitutionalisation of the common or collective good legislation in Ecuador and Bolivia indicate original ways of thinking about how to address the dilemmas faced by European societies. Similarly, over the past decade, post-neoliberal policies in much of Latin America have helped us scrutinise and bring into question the unilateral nature of the Washington Consensus and the structural adjustment policies implemented in Latin America during the 1980s and 1990s, while offering abundant material for reflection on how to envisage an end to the crisis from the perspective of innovative social policies. This set of policies and initiatives may be of interest, therefore, when considering other models for managing the various crises suffered, in one way or another, by most European countries, either in the economic, institutional, budgetary and monetary spheres, or in relation to the movement of migrants and refugees.

The programme also aims to emphasise that the European Union – either because of the constraints imposed by its neoliberal institutions and governance or the lack of suitable modes of administration for managing the current social complexity – faces the challenge of thinking and organising constituent processes within a framework of reference that is decidedly transnational and post-national. In this context, this programme proposes the concept of constituent power to rethink the emergency situation caused by the triple impact of a multidimensional social crisis characteristic of the present historical moment; the irreversible curtailment of national administration devices for managing large-scale regional and global problems; and the serious social and environmental imbalances that capitalist modernity and post-modernity have been unable to solve in a democratic, fair and equitable manner. 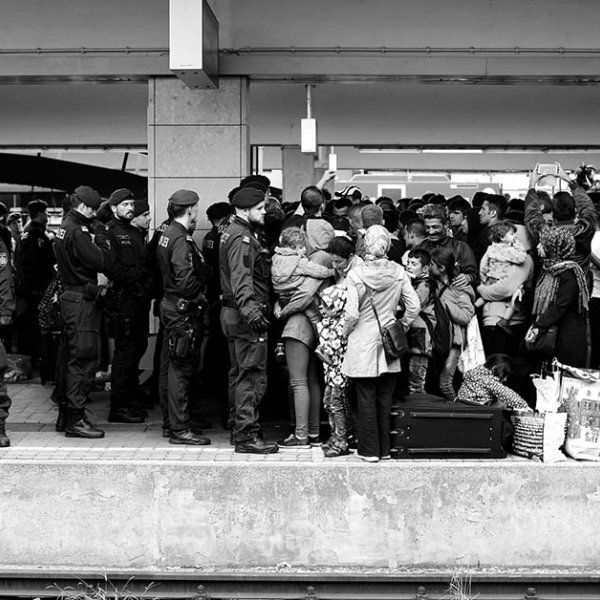 THURSDAY 4 APRIL 2016, 7 pm
Lecture
The hollowing out of democracy, the crisis of capitalism and the construction of Europe
In English with simultaneous translation.

FRIDAY 15 APRIL 2016, 10 am TO 1 pm
Seminar
European dilemmas: the policies of austerity and the construction of European democracy
In English without simultaneous translation.

In these sessions, the objective is to understand the situation of multiple institutional crisis in which the project of the European Union finds itself and the way it is supported by the systemic crisis of capitalism and the bifurcations facing the global economy and, therefore, the dominant European classes and elites. Another aim is to analyse the various scenarios into which the European project could venture in order to break the current impasse; to discuss possible policy initiatives for devising a pragmatic and effective course of political action that introduces a new political and constitutional order; and to analyse the characteristics of the political forces that would be able to carry out these tasks.

Wolfgang Streeck is Director Emeritus of the Max Planck Institute for the Study of Societies in Cologne, a lecturer in sociology at the Faculty of Economics and Social Sciences of the University of Cologne and an honorary member of the Society for the Advancement of Socio-Economics. His recent publications include: Re-Forming Capitalism: Institutional Change in the German Political Economy (2010), Politics in the Age of Austerity (2013) and Buying Time: The Delayed Crisis of Democratic Capitalism (2014).
New Left Review: Artículos de Wolfgang Streeck
Blog de Wolfgang Streeck
Verso Books - Wolfgang Streeck

Public Programmes
macba [at] macba [dot] cat
Tel: 93 481 33 68
The essence of the fragment and the module resonates deeply in my work.
Pep Agut