Lorem Ipsum refers to a trial period, a temporality waiting to be replaced by something more definitive. The use of the original text, taken from Cicero’s On the Ends of Good and Evil but altered to subvert its meaning, takes us to a processual and unstable moment of transition between what should be but has not yet been. This simulacrum is built around games of forms and identities, through the filter of different alphabets, text layouts and typographic and spatial proofs.

Lorem Ipsum presents a series of proposals operating in the margins and folds of several things at once: music, performance, artistic research, experimentation; the queer, racialised bodies, displacements and people out of place; diverse and disparate operations of dislocation of languages, meanings, gestures and objects, from the musical, in search of a mild strangeness.

The cycle opens with Lolo & Sosaku, with work specifically designed for the Museum’s Atrium. A proposal of attentive listening mediated by metallic structures that speak, listen and move. Sound subtleties and situated sounds inviting us to explore. A geography of metal and kinaesthesia broken (and torn) by Violence with its complex amalgam of melodies, grime, industrial music and (past) death metal, and pointing to ‘visible and invisible structures created by our binary societies.’

This is also the line taken by the South African duo FAKA, putting the queer black body at the centre in a histrionic exercise of deconstruction of the cis-heterotopy of postcolonial Africa. Following her festive spirit and coinciding with the Raval fiesta, desire and joy take to the streets with the Ecuadorian-Lithuanian producer Riobamba, at the rhythm of reggaeton and dembow, in a friendly match between resistance and celebration.
Likewise, the Japanese duo Group A maps the margins of several things at once, between the ambiguity of avant-noise, minimal wave and drone, and occupying the gaps and intersections between sound, performance and audio-visual narrative. And finally, the cycle ends with a première of The Mirror, by the British artist People Like Us, with whom we face yet again the question of identity/ies in an immersive audio-visual collage based on her intense and intensive work on archive images inscribed in our collective imaginary. 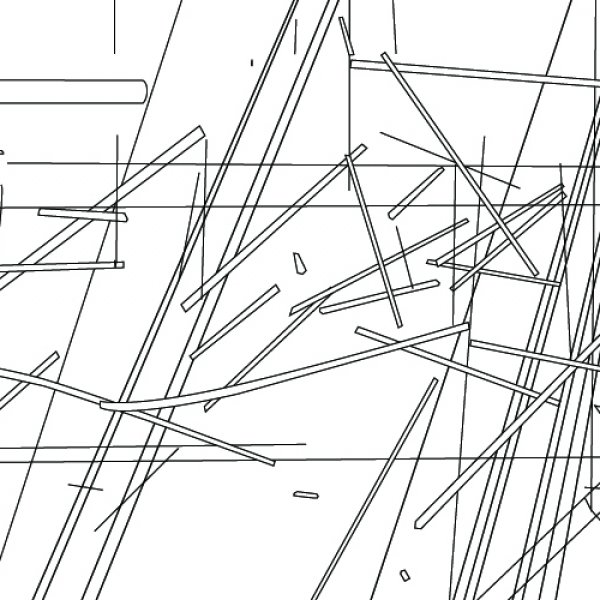