Lolo & Sosaku met each other for the first time in 2004 in Barcelona. Since then they have become inseparably and act as artist duo Lolo & Sosaku. At first they cooperated in a wide range of artistic expressions – as painters, sculptors, street artists and video-artists –, where Lolo & Sosaku discovered a mutual interest in an experimental way of exploring the arts and creating new art forms.

In 2005 they started to concentrate on an intense and experimental investigation of music and sound. At that time Lolo & Sosaku began to invent and sculpt their first instruments composed of wood, nylon strings, lead weights and other, mostly, recycled materials, in order to create a new kind of music. The instruments work by the mechanism of the pendulum, or through the use of such other elements as sticks, for example, which are used by the artists themselves, and activate the sound of the instrument. Inserted contact microphones capture tiny sound vibrations, that are inaudible sounds for human beings, and permit a complete transmission of noise – an experimental interplay between instruments and rhythms, created through human interaction.

Shortly after, the second generation of instruments was under construction. Here, the spectator gains in importance by becoming part of the artwork itself. With the help of sticks, pendulums and weights, the observer is invited to interact and form a symbiosis with the instruments.

The self-awareness of the participating recipient and the experience of sound becomes a new and important element in Lolo and Sosaku’s work. In 2013, they gave the concert Acuastico in Madrid, where the audience, being under water, was literally submerged in the sound world of the artistic duo.

The following year, 2014, the series Motores was produced. The innovatory use of motors provides the title for this third generation, which is characterised by an autonomous performance of the instruments, without human interaction. Here, the instruments move independently, the motors determining the rhythm and noise. Thus, a new visual (the way the instruments move) and acoustic (the creaking and rasping of wood as each part of the instrument moves) experience is evoked.

Recently, their sculptures have become bigger and more complex, incorporating new materials such as fabrics, crystal panels and water. Plastic sheets give the wooden structures a ‘skin’, under which the sculptures move and create new shapes.

The recent installations Stellar, Dancer (Palace), Disco, Cross, Interno and Blue are made of aluminium and iron and integrate the entire exhibition space to complete the spectators’ experience of the work.

With a new work specifically designed for the Museum’s Atrium, Lolo & Sosaku propose an attentive listening, mediated by metallic structures that speak, listen and move. Sound subtleties and situated sounds inviting us to explore.In their own words: 'On the hyper-surface of the present we find a crack, a section of the temporal line that has yet to happen...' 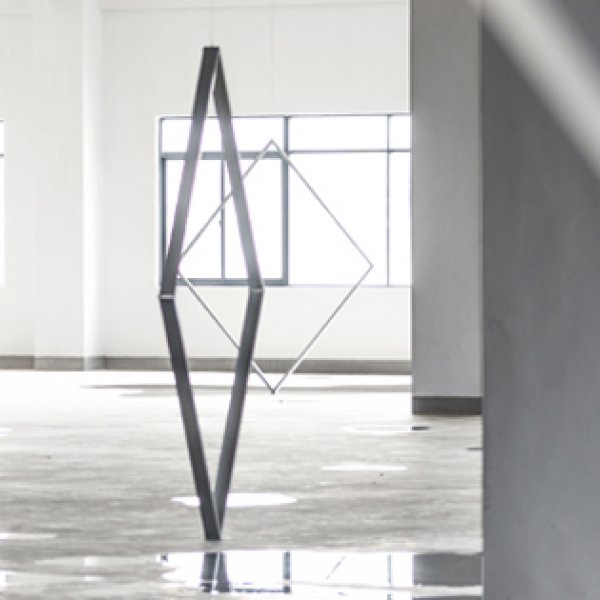 *The sound installation can be visited on 30 June following its activation at 6.30 pm, and on 1 and 2 July during the Museum’s opening hours.

Lorem Ipsum Sound in the margins
Music and live arts