MACBA’s Meier Auditorium will host the presentation of two works that reflect, from artistic practice, on two architectural phenomena, their imaginaries and their historical, economic and representational conditions. The two projects were selected from the 2014 Open Call of the Sala d’Art Jove de la Generalitat de Catalunya.

This activity is part of the programme PICA I FUIG! of the Sala d’Art Jove de la Generalitat de Catalunya and has been conducted with the support of MACBA under a collaboration agreement between the two institutions.

Futuro Memories, by Joan Bennassar
Selected from the research category, this project is a reflection on the Futuro house, designed by the Finnish architect Matti Suuronen in 1965, and the questions of representation and cultural significance behind this futurist home. Based on two study cases – the Futuro house in Calvià, Mallorca, and the abandoned leisure complex in Wan Li, Taiwan – Benassar analyses some of the ideas included in the conceptual constellation of this type of architecture, such as the events that modified its conception and the ensuing failure of Futuro, as well as science fiction, utopian architecture, the space race, the advent of the internet and sexist representation in the media and the various futurist imaginaries.

El milagro, by Harley Martínez
Selected from the category of creation, this audiovisual project proposes a reading of the recent history of our country based on a formal analysis of the rationalist architecture associated with the Spanish desarrollismo (policy of economic development) of the 1960s. After the regime’s diplomatic aperture, leading to the Development Plans of 1964 and 1973, Spain experienced what was known as ‘the Spanish miracle’, a period of economic growth unprecedented in the country. Harley Martínez proposes a critical re-reading of the images of that architecture of ‘irrelevant’ aesthetics, product of an outdated political ideology that today lies on the asphalt as in a cemetery of reinforced concrete. 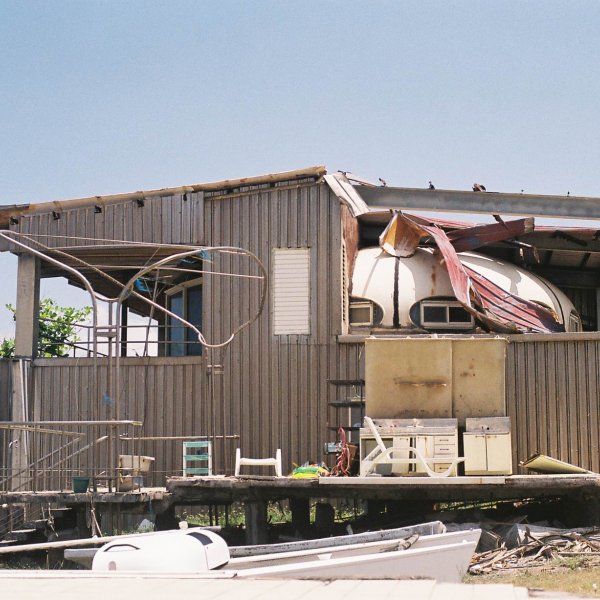