Visits geared towards Jr High and High school students hope to make the works of art significant and intelligible, breaking with the preconceived idea that Museum visits are simply boring contemplation. They hope to stimulate the students to form their own criteria through analysis and reflection, steering them to draw parallels between things in their lives and what they see in the Museum, and showing them how artistic practice is not necessarily elitist, isolated, or self-absorbed.

Presentation of the new Collection:
- The Immaterial Legacy. An Essay on the Collection. May 2014 – June 2015

‘Our Story Starts Here’ is a series of three exhibitions through which MACBA will critically explore its own collection. The first part of the triptych is The Immaterial Legacy. An Essay on the Collection, an exhibition organised around six thematic sections that reflect on the overflowing of aesthetic practices in the period spanning from the late seventies to the early nineties. This particular reading of the Collection offers enthusiastic and critical approaches to the main historical-cultural changes of the time. 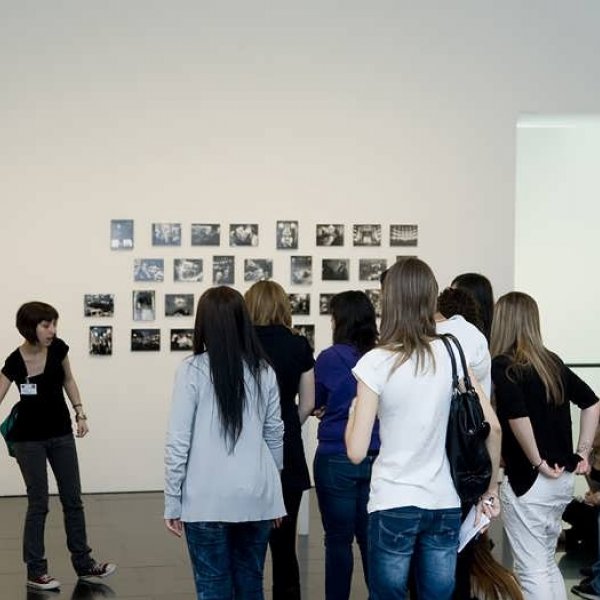 MONDAYS TO FRIDAYS, MORNINGS AND EVENINGS (EXCEPT TUESDAYS)