To mark the twentieth anniversary of the death of Gilles Deleuze, this seminar examines the validity and currency of the French philosopher's works and philosophy, and invites participants to continue to reflect through him, beyond his image. It is intended as a means to keep his ideas alive, not in order to put him on a pedestal or to preserve his legacy, but to mobilise, create, think, and produce a kind of art that becomes an integral part of life as the endowment of an active legacy.

The seminar is structured into two sections 'Ritornellos and Humming’ and ‘Cartographies of the Image’, which will explore two key areas of Deluezian aesthetics: music and image (film, photography, visual arts, etc.).

Organised in collaboration with: University of Barcelona. Department of History of Philosophy, Aesthetics, and Philosophy of Culture. MA in Contemporary Thought and Classical Tradition; Ingràvid.

Gilles Deleuze was one of the twentieth century's most influential thinkers, not just in the academic and philosophical field, but also in the arts and social sciences. His influence was such that Michel Foucault said ‘one day, perhaps, this century will be Deluzian’. While that may have been an overstatement, it highlights the significance of the ideas developed by Deleuze (on his own or with Félix Guattari) and their importance in contemporary thought.

Deleuze dedicated a significant part of his work to thinking about art, and his texts have become key references in the literature on aesthetics and art theory. Painting, filmmaking, music, and literature are some of the subjects at the centre of his reflections. In addition to his own published works, it is interesting to trace the direct impact of his ideas on artistic production, and to see how his ideas stimulated experimentation in a wide range of artistic disciplines.

PARTICIPANTS
Pau Alsina
Pau Alsina holds a PhD in Philosophy from the University of Barcelona and is a member of the faculty of the Arts and Humanities Department at Universitat Oberta de Catalunya (UOC). He is a researcher in the Art, Architecture, and Digital Society group at the University of Barcelona and the Mediaccions Digital Culture project at the Internet Interdisciplinary Institute (IN3), and the director of the magazine #Artnodes. His published works include the books Arte, ciencia y tecnología (2007), Plagas, monstruos y quimeras (2015); chapters in books on digital culture such as Sinergia (2013), Bioarte y biopolítica (2012); texts for exhibition catalogues such as Feedforward. The Angel of History (2009), Banquet: Nodes and Networks (2010), at Laboral Centro de Arte y Creación. With the physicist Josep Perelló, he co-curated the exhibition Cultures of Change. Social Atoms and Electronic Lives (2010) at Arts Santa Mònica. In 2014 he co-chaired the Art Matters international congress organised by the University of Barcelona, Hangar, and UOC.

Gabriela Berti
Gabriela Berti holds a PhD in Philosophy and an MA in the Theory and Aesthetics of Contemporary Art from the Universitat Autonoma de Barcelona (UAB). She is a schizoanalyst and a specialist in contemporary and applied philosophy, and has focused much of her research on the work of Deleuze and Guattari. Since 1995 she has been a teacher and teacher trainer at undergraduate, postgraduate and PhD levels, and at various teaching centres (UAB, University of Barcelona, Universitat Politècnica de València, Universidad Complutense de Madrid, University of Buenos Aires, Universidad de Salta). She has written numerous books and specialised articles, including Félix Guattari, los ecos del pensar. Entre filosofía, arte y clínica (Hakabooks, 2012). Her book Pioneros del graffiti en España won the UNE Best Edition Award for 2010. She works as an independent curator for various institutions and museums.
www.gabrielaberti.com

Pascale Criton
Pascale Criton is a composer. She was worked at numerous art and music centres and festivals including IRCAM, Radio-France, the American Festival of Microtonal Music, Centre Georges Pompidou, MANCA, and Ars Electronica. She studied with Ivan Wyschnegradsky, Gérard Grisey and Jean-Étienne Marie, and her aesthetic and intellectual conception of music is strongly tied to the philosophy of Gilles Deleuze, who she worked closely with from 1987 onwards. Criton is the artistic director of Art&Fact, and has created works for the French Ministry of Culture, Radio-France, and the SACEM. Her works have been performed by the groups Ensemble 2e2m, Itinéraire, Aleph, Accroche Note, Taller Sonoro, and Dedalus. She is currently an associate researcher at the Lutherie Acoustique Musique lab (Université Pierre et Marie Curie, CNRS). She recently published Gilles Deleuze, la pensée-musique (co-dir.), Cdmc, Symétrie (2015).

Laura Llevadot
Laura Llevadot is Professor of Contemporary Philosophy at the University of Barcelona, and coordinator of the MA in Contemporary Thought and Classical Tradition at the same university. She has been a researcher at the University of Copenhagen, the Howard and Edna Hong Kierkegaard Library (Minneapolis, USA), and Paris 8 University. Her work focuses on contemporary philosophy of alterity and difference. She is the author of La Philosophie seconde de Kierkegaard (L’Harmattan, 2012), Kierkegaard through Derrida: Towards a Post Metaphysical Ethics (Davies Group, 2012) and co-editor, with Jordi Riba, of Filosofías postmetafísicas. 20 años de filosofía francesa contemporánea (UOC, 2012). On the subject of Deleuze she recently published the essay ‘Spinoza, Deleuze i el cos sense òrgans’ (2013).

Carmen Pardo Salgado
Carmen Pardo is Senior Lecturer at the University of Girona, part of the faculty of the Masters degree in Sound Art at University of Barcelona, and a post-doctoral researcher at IRCAM-CNRS in Paris. She is the editor and translator of John Cage’s Escritos al oído; author of La escucha oblicua: una invitación a John Cage (2001; 2014. French version: Approche de John Cage. L’écoute oblique, 2007, winner of the 2008 Académie Charles Cross / Coup de cœur award). She has organised and coordinated several international conferences including Musique et écologies du son (Paris, 2012), and she was assistant curator of the exhibition The Pamplona Encounters 1972. The End of the Party for Experimental Art (MNCARS, 2009-2010).

Anne Querrien
Anne Querrien is a sociologist and urban planner. She was an activist in the May 1968 movement in France and she was later General Secretary of the CERFI (Centre d’études, de recherches et de formation institutionnelles), founded by Félix Guattari, who was a close friend and collaborator for many years. She has taught at Paris 8 and Paris 1 universities, and at the University of Evry. She is co-director of the magazine Multitudes and on the editorial committee of Chimères (founded by Gilles Deleuze and Félix Guattari). She is the author of the book L'école mutuelle, une pédagogie trop efficace?

Deborah Walker
Deborah Walker was born in Italy where she studied cello before moving to Paris to continue her studies with Agnès Vesterman and Anssi Karttunen. She is a member of Dedalus, a contemporary experimental music ensemble that has collaborated with Tom Johnson, Pascale Criton, Christian Wolff, Antoine Beuger and Jürg Frey, among others. Walker has also worked with Joëlle Leandre, Markus Stockhausen, Garrett List and Philip Corner, and with composers such as Eliane Radigue. She has played in numerous festivals including I Suoni delle Dolomiti, Italia Wave, ZKN in Karlsruhe, Festival d’Avignon, Festival Nomad in M'Hamid (Morocco), and Switch ON (Malaysia). She is a doctoral candidate in Italy with a thesis on Fluxus. 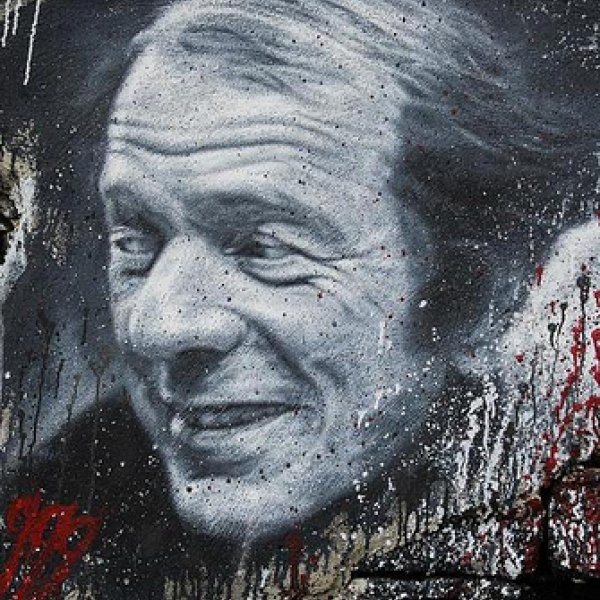 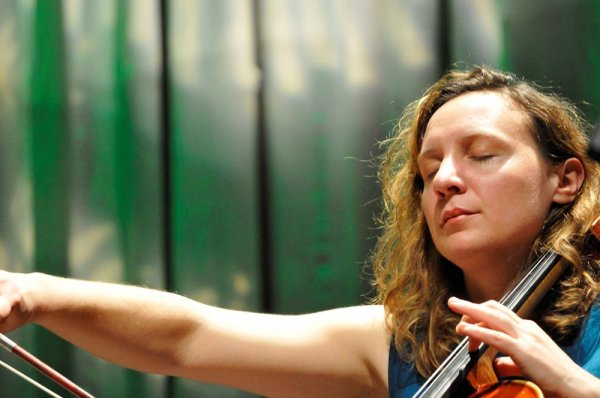 Chaoscaccia, a Gestural Process A performance by Pascale Criton and Deborah Walker
Music and live arts