Kiakaha is a Maori term meaning ‘Be strong!’ and gives its name to the Association for the Arts in Movement led by choreographer Jordi Cortés. This group, with which Cortés has worked for over ten years in the field of physical theatre and dance, premiered the production Fuck-in-Progress at the Mercat de les Flors as part of the Festival Grec 2015. Now an adaptation is to be presented within the Experience MACBA programme.

The theme of this dance proposal is the fear of showing ourselves as we really are and the difficulty of shaking off the layers with which we cover ourselves and which take the form of routines, tics, fears and complexes. In the enclosed space where Fuck-in-Progress takes place we encounter people who have lived different experiences and share them through dance and speech. From this, games will be created between them in order to break the established codes of movement and find new ways to express and relate to their bodies. They speak, with words or movements, before an audience who witnesses these confessions and the release of bodies that use dance as means of self-expression.

A co-production of the 2015 Grec Festival of Barcelona and the Asociación Kiakahart –Artes en Movimiento. In collaboration with Alta Realitat; La Caldera – Contemporary Dance and Performing Arts Centre; El Graner – Centre for Creation at the Mercat de les Flors; and Estruch – Centre for Creation of the Living Arts of the Ajuntament de Sabadell.
With the support of the Department of Culture of the Generalitat de Catalunya. 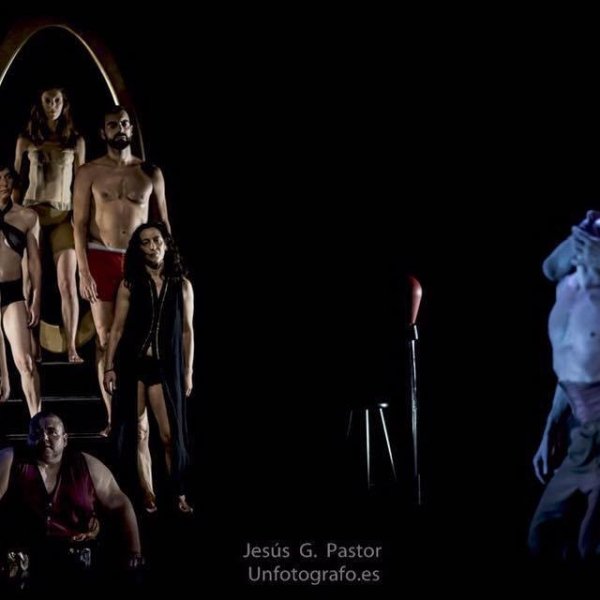