Establishing a thread from which to rethink history is always complex. From where do we establish what, how or why? Throughout this course we will approach some of the stories that allow us to write history from another place. We will position ourselves in a specific place and time (in the late 1980s and early nineties), but knowing that we are displaced, aware of not being at the centre but on the periphery. We propose six ways of encouraging our bodies to think of those other fragmented, silenced, social, political, technological and queer bodies. Each session will be conducted by a different speaker, thus fragmenting our voices, but above all, expanding them.

We have repeatedly claimed the need to revise and re-write history, to approach it through new methodologies open to detail and to small narratives, to individual voices and memories. To use the body for listening to those gestures that will allow us to read differently what happened and to go beyond it. To think of an expanded, larger body situated on the outside and unfolding from its own performativity. To construct a gaze between the subject and the object, enabling us to come together with different bodies, voices and memories. All these movements amount to a direct invitation to go in and out, to relocate, to approach. And for that we need the body, our companion in every physical, mental and emotional movement.
Going back to the nineties forces us to change our conception of the real. As Hal Foster remarks, through Lacan’s psychoanalysis, locating the gaze in the world, i.e. assuming that it pre-exists the subject, allowed some artists to tear it apart by attacking the image-screen that codifies our gaze. Similarly, Julia Kristeva described the abject being in relation to the body with a subversive potential, constructing a new place where it is neither subject nor object, from where it can go in and out and redefine itself with the help of codes that are not imposed by society.

All these changes had a direct influence on the construction of new imaginaries that expanded the possibility of thinking about fragmented, social, political, technological, silenced or constructed bodies. Based on these categories, we have programmed six sessions that will be defined by the direct experiences of each speaker, for not only did they witness this particular moment in history, but have also participated in each of the suggested semantic fields. We will think about the fragmented body from the multiplicity of elements that disperse it. We will remark on how technology has opened a new universe bringing us closer to the man-machine. And we will examine how the social body poses a dilemma for the individual or collective body, and how, from inside the community, other voices are fighting against the silenced bodies, against the mutism imposed by a political body that prevents us from thinking about a constructed identity. 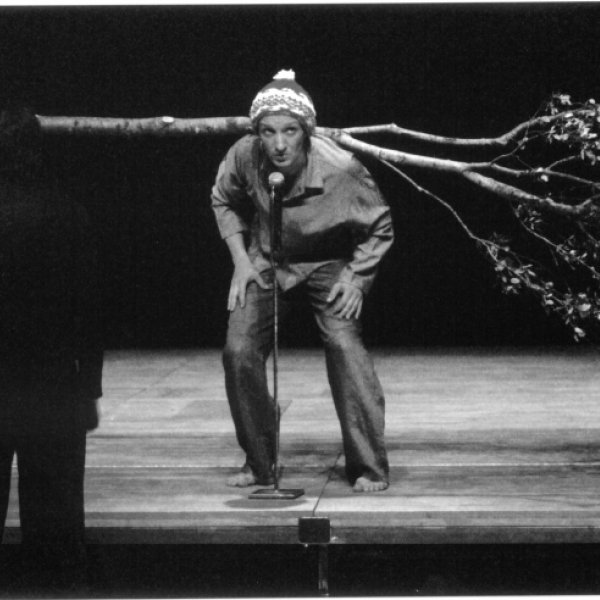 WEDNESADYS, FROM 6 MARCH TO 10 APRIL 2019, at 7 pm
Venue: Meier Auditorium. Access for persons with reduced mobility through the Meier building (Museum reception).

► 3 APRIL: Silenced Body: Do (not) speak with borrowed words, do (not) accept imposed histories
María Ruido