Raw Material Company is a centre for art, knowledge and society. It is an initiative linked to curatorial practice, artistic education, residencies, the production of knowledge, and the art theory and criticism archive. Its work focuses on promoting the appreciation and growth of artistic and intellectual creativity in Africa from a transdisciplinary approach, interested in art, literature, film, architecture, politics, fashion, cooking and the diaspora.

This presentation of Raw Material Company’s work is part of the week of meetings organized with this institution to share ideas and work on the related lines of interest that are being explored in MACBA exhibitions and programmes, as well as to disseminate its programme in our local context.

Conversation in English and French.

RAW Material Company is made of:

RAW Material Company’s premises are located in Sicap Baobabs and Zone B. RAW Material Company Zone B is a former 1950s residential home of Modernist inspiration in a historic neighbourhood of Dakar. The renovation of this space is a departure point from which they develop research and projects on the role of architecture and urban planning in shaping contemporary societal discourse in African cities.

Marie Hélène Pereira graduated in Management and Business Law. After a few years of work within the business world, she shifted her professional interest to arts and culture. She is a Curator and Director of Programs at RAW Material Company where she has organized exhibitions and related discursive programs including the participation of RAW Material Company to “We face forward: Art from West Africa Today” Whitworth Art Gallery, Manchester; ICI Curatorial Hub at TEMP, New York; The 9th Shanghai Biennial, Shanghai; MARKER Art Dubai (2013).

She co-curated Scattered Seeds in Cali-Colombia (2015-2017) and curated Battling to normalize freedom at Clarkhouse Initiative in Mumbai, India (2017). Pereira was a co-curator of Canine Wisdom for the Barking Dog - The Dog Done Gone Deaf. Exploring The Sonic Cosmologies of Halim El-Dabh with Dr Bonaventure Ndikung at the 13th edition of Dakar Biennale of Contemporary African art (2018).

She has a strong interest in politics of identity and histories of migration.

Fatima Bintou Rassoul SY was born and raised in Dakar. In 2006, she moved to Paris to study visual arts at the University Paris 1 (Panthéon-Sorbonne). After obtaining her degree, she pursued studies in Arts and Culture and participated in cultural mediation actions at the Louvre Museum, the Rodin Museum as well as the Grand Palais. On the strength of these experiences, she joined the Semiose and then Magnin-A galleries, where her interest in contemporary African creation and its multiple historicities increased and prompted her to pursue a Master's degree in Sciences and Techniques of Exhibition at Paris1. This led to the organization of conferences such as: "IN/EXcludere: La représentation et ses enjeux", a gathering around the work of Mohamed Bourouissa, at Palais de Tokyo, Paris; "Dans la tête de... Anne Brégeaut" at La Maison rouge - Fondation Antoine de Galbert, Paris.

As well as the co-curator of the exhibition Plus un geste at the Galerie Michel Journiac, Paris. In May 2014, she participates as a curatorial assistant in the 11th edition of Dak'Art, where she works alongside Mr. Massamba Mbaye on the exhibition: Cultural Diversity at the Musée Théodore Monod d'Art Africain, Dakar. Upon her return, she joined the teams of Marianne International, for which she operated as part of the Louis Vuitton Foundation's hospitality program for three years. She returns to Dakar in May 2018 and works within the Museum of Black Civilizations, as curatorial assistant on the inaugural exhibition: African Civilisations: Continuous Creation of Humanity; then, Head of the Mediation and Cultural Animation Department. Recently, she produced a series of interviews for Something We Africans Got #10 and SWAG high profile magazines #2 & #3. She is now Program Curator within the #RAWFamily.

This project is the beneficiary of AYUDAS PICE. 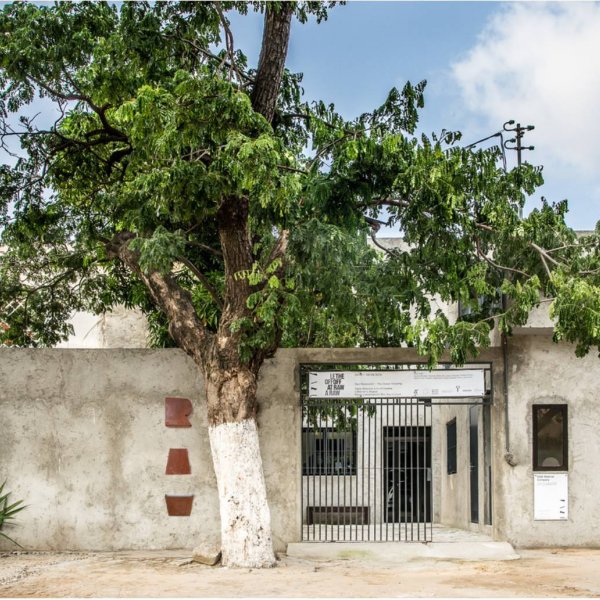