The concept of inadequacy serves to encompass a broad spectrum of behaviours and knowledge that deviate from the norm, and which, from their position on the margins, study, articulate and tend to modify the discourse, understood as a social bond based on language. Within the PEI, Dora García proposes to investigate the concept of the inadequate from the perspective of its multiple meanings. During this evening session, dedicated to the conceptual axis of deviation-exclusion, a series of artistic works will be screened to stimulate debate and discussion and hold to question the normative: the rewriting of queer history by means of the recovery of intentionally forgotten figures; the diffusion of inappropriate content through truly underground media such as comics; the vindication of the sexual practices of non-normative or so-called dysfunctional bodies; and from performance practices that participate in the integrated fiesta.

‘The deviant, or bent, as the word queer is sometimes translated into Spanish, always implies deviation from the norm. Whether a behaviour is deviant or not does not depend on the behaviour itself, but on the norm in the society in which that behaviour occurs. Faced with the norm, the individual has two options: to conform or to break it. If the rule is explicit (the law), deviation will constitute a crime; if it is implicit (morality and customs), it will be socially punishable. In both cases, the individual who breaks the norm must pay through ostracism, exile or confinement. In practice, deviation is a matter of degree – rarely does an individual completely break with the norm, or totally adhere to it.

Exclusion is a consequence of deviation and, as in the previous category, there is a wide gradation of exclusions. A concept of special interest is that of stigma, coined by Erving Goffman in 1963 and which he defines as a condition, attribute, feature or behaviour that causes the stigmatised individual to be included in a social category whose members are met with a negative response and seen as culturally unacceptable or inferior.

The more authoritarian the society, the greater the number of behaviours characterised as deviant and excluded. The normative in a society is in constant evolution, so that the centres of authority and normativity constantly shift and mutate, in the same way as its deviations. These deviations often adopt creative, humorous and poetic strategies that allow them to identify themselves as a group and affirm their visibility vis-à-vis the authoritarian.’ 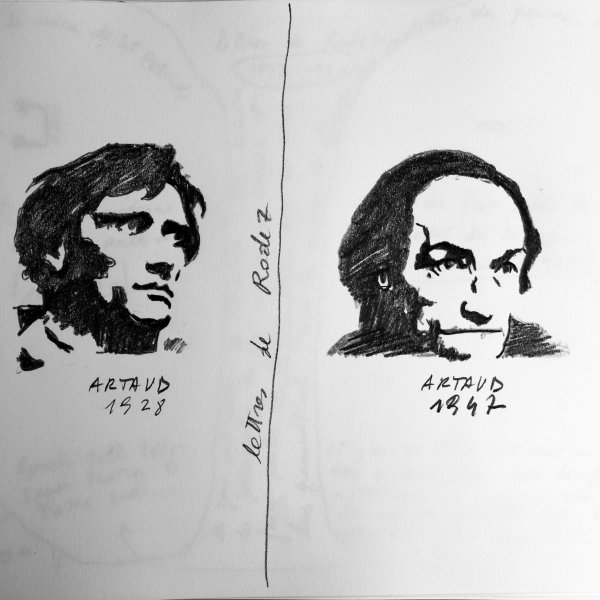 4.30 pm Presentation by Dora García, artist and member of PEI’s faculty
Dora García is an artist and researcher on the parameters and conventions of the presentation of art, questions of time – real or fictional – and the limits between representation and reality. She uses various supports to generate contexts in which the traditional system of communication – transmitter, message, recipient – is altered, thus modifying the traditional relationship between artist, work and public.

5 pm Equipo Palomar Ethnic-Reflexive Video Clip
Screening:
- Epitafio para Alberto Cardín (Epitaph for Alberto Cardín), Mariokissme, 2017, Spain, VO (Spanish), 44 min
- No es homosexual simplemente el homófilo sino el cegado por el falo perdido (A homosexual is not just a homophile but someone who is blinded by the lost phallus), Equipo Palomar, 2016, VO (Spanish), 28 min
In the last few years, the artistic collective Equipo Palomar has been outlining a ‘possible’ but ‘incomplete’ dissident queer memory, focusing on research and production in the visual arts.
The title Ethnic-Reflexive Video Clip refers to a text written by Alberto Hidalgo in El Basilisco number 12 (Oviedo, 1992), after the death of the anthropologist Alberto Cardín, a key theorist of the subculture of Barcelona in the eighties, and an interpreter and critic of postmodernity.
For the seminar ‘Deviation-Exclusion’, Equipo Palomar will present and discuss with the audience two of their productions dealing with their research around the figure of Alberto Cardín, which can be seen as two different positions on what is meant by queer in Spain: Epitafio para Alberto Cardín, by Mariokissme, and No es homosexual simplemente el homófilo sino el cegado por el falo perdido, by Equipo Palomar. The latter is an adaptation of an unpublished screenplay written by Alberto Cardín in 1976, which the collective have recently turned into a film in the context of BCN Producció 2016.

Equipo Palomar, formed by R. Marcos Mota and Mariokissme, is an artistic project focussing on the research, recovery and production of a possible queer memory, whose hidden history they revise in relation to identity and gender. El Palomar is a working context, a political stance and an institutional reassessment. Its members are artists but also programmers, curators and generators of critical discourse. This laboratory, based on queer culture, follows its own rhythm, combining multiple and flexible identities and finding different ways of working with art.

Francesc Ruiz uses comics as his aesthetic, narrative and intellectual base, as well as historical and operative material. Using comics as containers or descriptions of the real (through creation, alteration, restitution and assemblage, among other lines of work), he generates possible histories revealing the mechanisms for building social and individual identities, sexual identity and urban identity.

7.30 pm Yes, we fuck!
Screening: Yes, we fuck!, Raúl de la Morena and Antonio Centeno, 2015, Spain, VO (Spanish), 59 min
Yes, we fuck! is not just a documentary, it is a project in which people participate, talk and, above all, pose questions; and where the social media plays a fundamental role. Moreover, its process of elaboration is weaving alliances between different collectives that are working in a political way with issues of the body and sexuality (functional diversity, feminisms, transfeminisms, LGBT, queer, intersex, godxs, among others).

During the last phase of the project, Yes, we fuck! aims to become a platform as an audiovisual recipient and generator of debate around the body, sexuality and people with functional diversity.

Antonio Centeno Ortiz became functionally diverse (tetraplegic) at the age of thirteen. He has been a member of the Foro de Vida Independiente y Divertad (FVID) since 2004 and part of the Assessing Committee of SOLCOM. He collaborates with the web portals social.cat and functional diversity Yes, we fuck!, and the collective En torno a la silla (Around the chair), specialising in free and collaborative design of technical aids. He has recently participated in the production of Nexos, a film on crippled post-porno.

Raúl de la Morena began making independent productions of a social nature in 2001. Since 2005, and as a result of the documentary Editar una vida (To edit a life), he has been involved in the struggle for the rights of people with functional diversity and has collaborated since then in some of the events organised by Foro de Vida Independiente.

9 pm Presentation of the Army of Love with Dora García, Ingo Niermann, Simon Asencio, Adriano Wilfert Jensen and Michelangelo Miccolis.
We like to think of our love as a very personal thing, but it follows statistical preferences. In every society certain features are perceived as more attractive than others. Telling someone who is scoring under average that we are all beautiful, is like telling someone who is poor that money doesn’t matter. It’s ignorant, if not cynical.

This is where completism comes into play. Completism aspires to an intimate completion of justice. Its practitioners, the Army of Love, offer all-encompassing sensual love – care, desire, sex and respect – to all those who need it.

Simon Asencio’s work plays on the meting between the visual arts, choreography and performance, investigating aspects of immaterial objecthood. These investigations have taken on various forms and formats from installations, texts and sound installations to lectures and performances. Since 2014 he has run Galerie together with Adriano Wilfert Jensen, an immaterial gallery dealing with immaterial artworks.

Adriano Wilfert Jensen is a Danish artist who uses choreography and related practices to analyse and produce conditions for relations. His practice manifests in making, writing about, curating, representing and dealing in choreography, dancing for other artists, as well as other occupations including a series of cocktail hangouts, a publication, research projects, a BBQ salon, etc.

Michelangelo Miccolis is a visual arts performer and producer. Since 2005 he has worked internationally on projects by renowned artists including: Tino Sehgal, Romeo Castellucci / Socìetas Raffaello Sanzio, Dora García and Christodoulos Panayiotou. Since 2016 he has been the performance programmer for Material Art Fair, Mexico City.