Senior Curator at Tate Modern Catherine Wood will open the session with a lecture on Posenenske’s work and its transitional character, comparing it with conductors and nodes that act as transition points from one state to another.

After the lecture, Dance at the end of the month present Invisible labor (Invisible Labour) by Paz Rojo, who for more than a decade has been questioning the power of the body, dance beyond the market, anonymity and the possibilities of cultural production outside the framework of the production of value.

'In my lecture, I will discussthe way in which Charlotte Posenenske deliberately sited, staged and performed her D-form sculptures within both human and infrastructural networks. Her unique conception of the choreography of her minimally formed sculptures has elements in common with American Minimalism, but she was more explicit in her understanding of how the sculptures might intersect with the reality of their site, and how art might intervene in social reality and operate within an industrial context. Choosing to position her work in airports, at the roadside or amongst pedestrians in the street, as well as in the gallery, I see her idea of the fabrication of multiple, interactive sculptures made during the 1960s not as an endpoint, but as a gateway to the social work that she conducted subsequently.'

The noun labour can refer to ‘the working class’ (1839). It also refers to the ‘physical efforts of being in labour’, as witnessed since the 1590s in the abbreviation ‘labour’, meaning ‘to give birth’. The verb ‘to work’ is also linked to putting things in order; to sorting out the future with a predetermined end in mind. On the other hand, the adjective ‘invisible’ refers to that which is impossible to see: what cannot be perceived with our eyes or what cannot be perceived because it has been made invisible by those devices that legitimise the visible versus the invisible. ‘Invisible’ is also used as a synonym for ‘immaterial’. Among other things, the term ‘immaterial work’ describes the alienating conditions and the labour associated with care and domestic work, which maintain an affective and materialised component. ‘Invisible’ is also synonymous with hidden, latent, concealed. Sometimes invisible work includes resistance to inactivity and the passage of time, looking silence and boredom in the face.

In 1968, choreographer Yvonne Rainer said: ‘My body remains the enduring reality.’ Today, such a reality includes the derangement of the future (or the non-future). After all, Margaret Thatcher’s affirmation that ‘there is no alternative’ proved painfully true. A profound defeat whose corporeal reality has to be confronted from within. It is a decisive moment, a semiotic insolvency of such magnitude that the fourth wall of this invisible theatre would reveal nothing but what is happening, what is working, what is being choreographed, what is stalking us, what is already happening. ‘Decisive’, yes; although, one way or another, deciding is never knowing what will happen.

More information at circadian and researchcatalogue.net.

This activity is part of the Situaciones transicionales (Transitional Situations) programme, organised to mark the exhibition Charlotte Posenenske: Work in Progress.

Catherine Wood is Senior Curator of International Art (Performance) at Tate Modern. She recently curated a major project with Anne Imhof, titled Sex, for the Tanks at Tate Modern, and the 2018–19 Hyundai commission for the Turbine Hall with the Cuban artist Tania Bruguera. Wood co-curated the Rauschenberg retrospective at Tate Modern in 2017 and initiated Tate Modern's annual Live Exhibition in the Tanks, which has featured Fujiko Nakaya and Isabel Lewis (in 2017) and Joan Jonas and Jumana Emil Abboud (2018). Previous exhibitions include A Bigger Splash: Painting after Performance, 2012, and The World as a Stage, Tate Modern, 2007. Since 2003, she has commissioned artists including Mark Leckey, Joan Jonas, Otobong Nkanga, Sturtevant and Boris Charmatz's If Tate Modern was Musee de la danse...? and initiated the online broadcast project, "BMW Tate Live: Performance Room" in 2011. Outside of Tate, Wood curated Yvonne Rainer Dance Works, Raven Row, London, 2013, and is author of Yvonne Rainer: The Mind is a Muscle (2007, Afterall/MIT press) and Performance in Contemporary Art (Tate Publishing, 2018).

Paz Rojo (1974, Madrid) is a choreographer, dancer and researcher working at the crossroads between artistic practices, choreography and philosophy, a meeting point through which to investigate dance as a dissenting and transforming practice. She is currently completing her doctoral artistic research project, The decline of choreography and its movement: a body's (path)way, at Stockholm University of the Arts, Stockholm, Sweden. Her book To Dance in the Age of No-Future was published by the not-for-profit publishing house Circadian, Berlin, 2019. 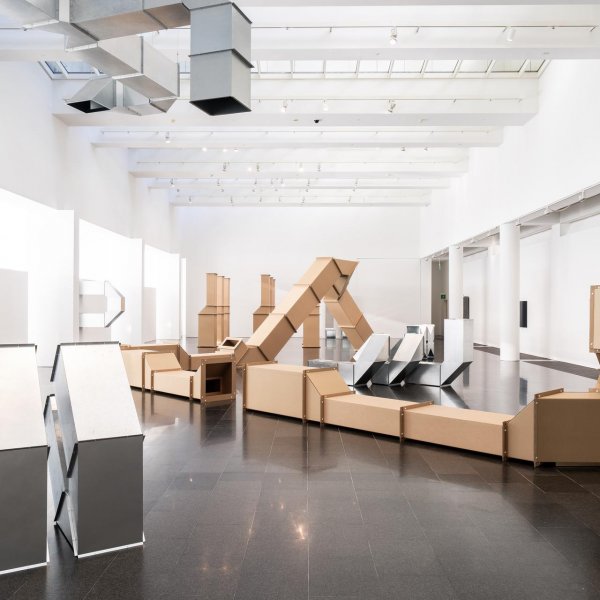 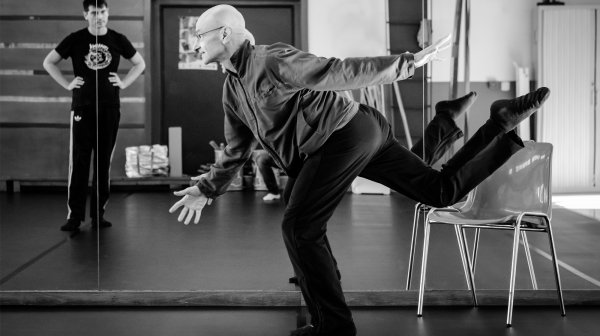 Saturdays, 29 February, 7 March and 28 November (cancelled) 2020
Dance at the end of the month
Music and live arts