This activity will be streamed live at 5 pm.

The consensuses of the Transition seem to be failing as much in the political and institutional arena, as in the economic and territorial. Enormous social protest movements have called for a profound transformation of the structures of the country. The Constitution is at the centre of debate not only for those clamouring for real democracy, but also for the traditional parties that are being forced to implement constitutional changes. To avoid a false conclusion of this constituent opportunity, such that the changes are not superficial or result in a mere renewal of the elites, it is necessary to discuss how this process should take place and what new models of political, economic and territorial relations the new regime should build for real democratic changes to be achieved.

To provide materials for discussion we have turned to the Latin American constitutionalist experiments of the late 1990s and 2000s, which might prove useful when applied to our reality. Moreover, the inclusion of Spain and Catalonia in the European schemes of power requires an analysis of the political proposals that are currently being studied for a transformation of the European Union in a democratic key. 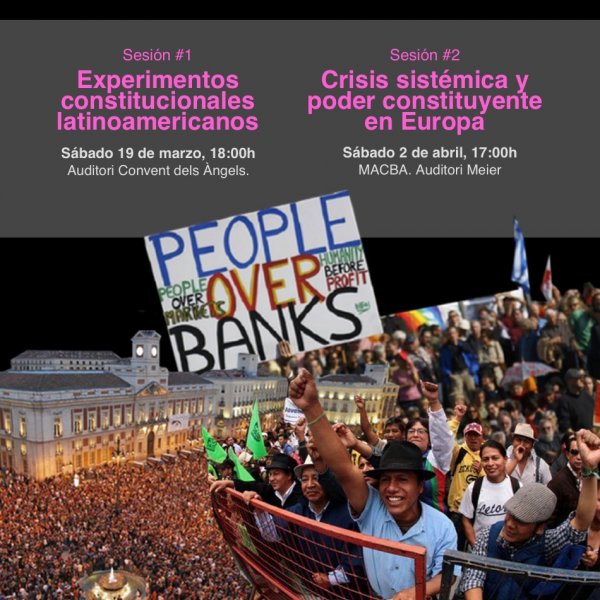 TOWARDS NEW DEMOCRATIC INSTITUTIONS. SYSTEMIC CRISIS AND CONSTITUENT POWER IN EUROPE
This session will delve into the need for a constituent process in the European Union. The events of recent years, and especially the confrontation of Syriza with Brussels, have highlighted the paucity of democracy within the Union. It has also revealed the restraints imposed by the euro upon deficit economies – i.e. basically all – compared to those in surplus – basically Germany. This has led to the greatest political tension between European nation states since the end of the Second World War.

It is hard to conceive of a constituent process in Spain or Catalonia without acknowledging this reality: a reality that is increasingly contested with ever greater force by the losers of this power sharing, mainly the southern countries. The movements that are emerging at a European level – PlanB, Diem25 – respond to that lesson. In this session we will investigate the possibility of imposing democracy on the markets, and therefore of regulating them in favour of a redistribution of wealth, as well as the question of the new political direction of the Union as a result of the refugee crisis and the forceful strengthening of borders.

PARTICIPANTS:
Sandro Mezzadra teaches postcolonial studies and political theory at the University of Bologna. In the last decade his work has focused on the relationship between globalisation, migration and citizenship, as well as criticism and postcolonial theory. He is an active participant in the ‘operaista’ debate and one of the founders of the Euronomade project.

Luis Martín is member and collaborator of the Democracy in Europe Movement – 2025 (DiEM25). This European-wide political movement, led by the former Greek finance minister Yanis Varoufakis, proposes the democratisation of European institutions from the left.

Sergi Cutillas is an economist and activist, and a founder of PlanB Europa. He was a member of the Greek Debt Truth Commission, an international committee that audited the Greek public debt after the victory of Syriza. He has been part of the Citizen Debt Audit Platform and the Debt Observatory in Globalisation. 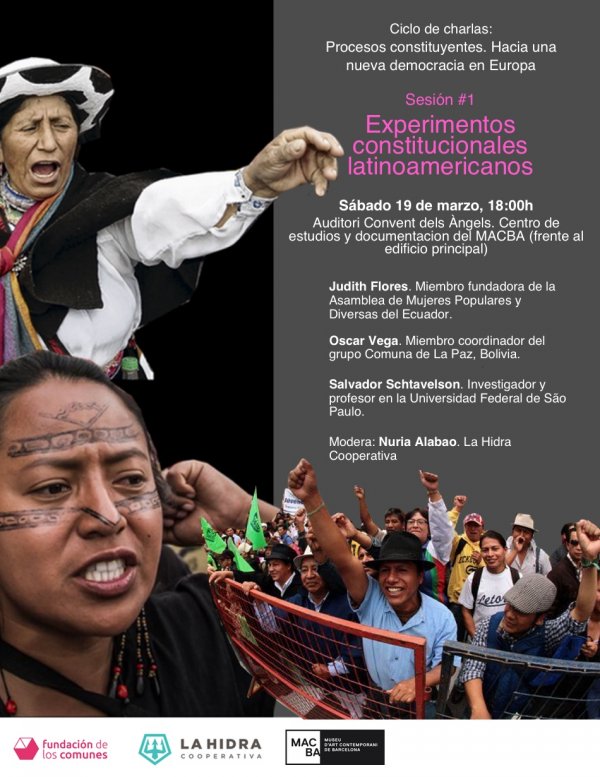 Constituent Processes. Towards a new democracy in Europe Materials for discussion from Latin America and the European political arena