Cineclub aims to recover the shared experience of watching films, to establish a dialogue with cinema and through cinema by bringing our gazes together. It's about creating a group—which aims to be heterogeneous—of people interested in the moving image with the aim of discovering, observing and critically discussing contemporary cinematographic representation.

In each session we will watch a non-fiction film, proposed and selected in a consensual way, which we will later discuss and debate through diverse dynamics. The debate is established through a horizontal and feminist practice, from the perspective of southern narratives, of word circulation, to generate an open space of listening and trust in which we can relate between ourselves and with cinema in a non-formal way. It's a dynamic space that, beyond the role of the passive spectator, fosters a collective reflection based on dialogue between different gazes.

Laura Arensburg is an audiovisual artist and a 2005 graduate of the ENERC, film school of the National Institute of Cinema and Audiovisual Arts of Argentina (INCAA). She completed the MACBA Independent Studies Programme in 2018. Arensburg has received several scholarships and awards, and her work has been selected and shown at festivals mainly in Latin America and Europe. She has collaborated in the production of films, television programmes, video art works and contemporary dance works. She also participates in the area of education at art centres, mediating and coordinating video workshops for teenagers. Following an art residency in Hangar, she will soon be a resident at La Escocesa. Arensburg is currently developing her first documentary feature, La partida [The Departure].

Catarina Botelho is a visual artist who works mainly with photography and video. Since 2005, she has participated in several exhibitions, residences and awards, especially in Portugal, Spain and Brazil. She collaborates in the area of education of contemporary art museums and associations, in the development of artistic experimentation programmes and activities. Botelho is also dedicated to activism in the field of city rights. In 2017, she made her first film, Notas de campo [Field Notes], a generational look at the experience of the years of austerity in Portugal. She recently attended the Independent Studies Programme at MACBA and is currently a resident at La Escocesa. She lives between Barcelona and Lisbon. 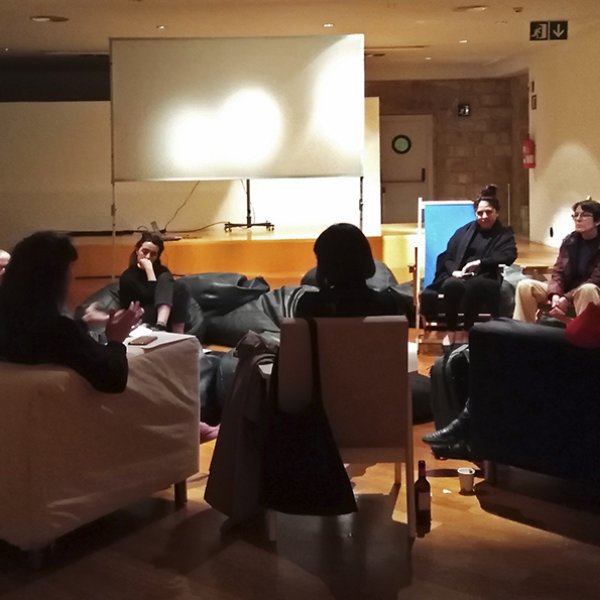 Those interested should send a letter of motivation to programespublics [at] macba [dot] cat, with the subject CINECLUB, before 27 September 2019.