Five Questions for the Alleged End of Art

The series Brief Narratives of Contemporary Art is intended to offer an insight into recent artistic practices, based on the understanding that they are in a constant process of feedback with the socioeconomic contexts that they are part of, and that it is not legitimate to ignore these. It is not a series of introductory art courses because there is no attempt to explore art as though it were a discrete, delimited history with a single and uncontested history. If we are to navigate artistic codes that sometimes turn out to be obstinately hermetic, we cannot simply focus on the artworks that have gradually been adapted into established canons. It is also useful to take a look at the debates and controversies that have shaped these canons and keep them constantly under review. In the course of the series, several presenters will recount their own versions of contemporary art, without restricting their concept of "art" or "contemporary" to any predetermined parameter. They will also explain their reasons for opting for their particular way of constructing their narrative. Although each course is self-sufficient, the series as a whole will deepen and qualify the concepts, giving participants a dense and complex vision of this uncertain field that we call contemporary art.

As part of the series Brief Narratives of Contemporary Art, MACBA presents the course imparted by Valentín Roma 'Five Questions for the Alleged End of Art' inspired by en extensive libel called "The Conspiracy of Art", which Jean Baudrillard published in the newspaper Libération on 20 May 1996. In retrospect, the article could be seen as a notarial certificate declaring that contemporary art was entering the stage of a new "ism": endism. This text, perhaps an authentic manifesto, clearly laid down the boundaries of the brand new movement, indicating the extent to which the radical artistic project introduced by the avant-gardes had been distorted in the present, leading art to veer dangerously towards its definitive extinction.

Nobody was free from responsibility in this summary trial: neither contemporary artists – united around superficiality – nor museums – exclusive and hermetic –, curators – a new cryptic sect –, critics – lazy and vacuous – nor, lastly, spectators – passive and even conspiratorial participants in this process of degradation.

In the fifteen years that have have gone by since the publication of Baudrillard’s text, we have seen a constant, regular though unpredictable release of books, exhibition projects, newspaper articles and testimonies of varying degrees of grandiloquence that expanded on this narrative of the end of art, building up into a deafening voice of massive proportions, which has become impossible to ignore.

The opposite extreme of this discourse, that is, the domain of superficial artists, exalted museums, sectarian curators, vacuous criticism and impassive spectators, has also produced a considerable number of responses to the emergence of this voice, most of them embarrassed, making demands and somehow epidermal. Nonetheless, we should listen to what this voice is saying to us, to the immolations that it identifies and the perspectives it suggests, what it expresses and the ways in which it presents itself.

We should enter into the narrative of this voice, not for the shock value or seeking to discredit it, and not to challenge or refute it either. It is worth becoming part of this roaring voice that recounts the coming end of contemporary art, because everybody has a voice without a recognisable face that talks only in order to describe endings. Because if artistic activity has been described from a creative perspective for so long, it may now be time to do so through a terminal vocabulary, particularly in this age of ours that is so closely bound to its own ends, devoted to hypocrisy and also stupefaction, to the "posh" and the post.

This course thus offers a narrative – and also a rehearsal, a test – that will link together five questions around a certain text set of texts and authors that are regarded as "reactionary" by the contemporary art world, and that make up the latest self-immolation project generated by contemporary art, perhaps the dramatic epilogue to a way of narrating aesthetics based on the heroic artist, on art’s alleged ability to restore all that which fragments the real. 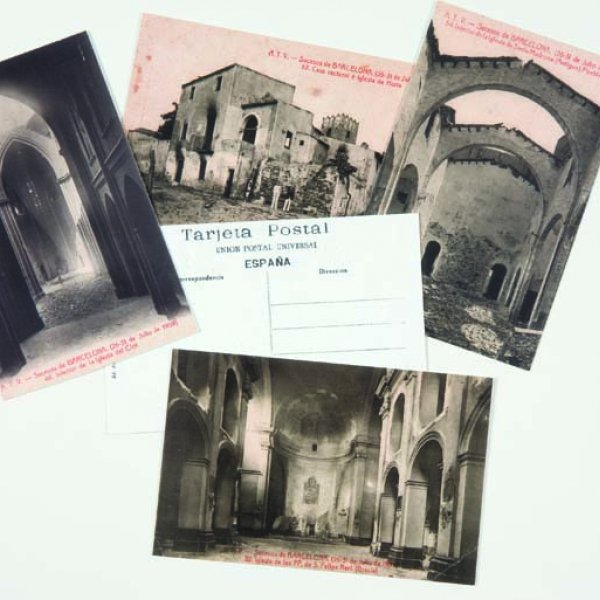 Valentín Roma is an art historian and professor of aesthetics, museum design and curating theory at Elisava, MECAD and Universitat Pompeu Fabra..

In late 2011, he published his most recent book of essays Rostros with Periférica publishers.