Under the title A Short Century, the new display of the MACBA Collection sets out a chronological, yet non-linear itinerary from 1929 to the present day. This century of barely ninety years brings together a number of key works that highlight some of the fundamental tensions produced over the last century: those within the artistic movements themselves, and in relation to other cultural manifestations and their social-political context. One of the hallmarks of the collection is its response to the canonical narratives of art history while building new narratives about modernity and the present day from a place as unique as the city of Barcelona, in the south of Europe but in the north of the Mediterranean, and in so doing to rethink the possibility of resituating the city within the European discourse.

20 Dancers for the XX Century will be presented in the Museum in the context of the programme that the Mercat de les Flors is dedicating to the work of Boris Charmatz. Because the history of art and that of the Museum is not only shaped by objects and because dance and choreography are an inseparable part of the most radical experimentations of twentieth-century art.

20 Dancers for the XX Century is conceived as a living archive. Twenty artists from different generations perform, recall, appropriate and transmit solo dance pieces from the twentieth century that were once famous but are now forgotten. In their day, they were created and performed by some of the most pre-eminent dancers, choreographers and artists of the modern and post-modern scene. Each dancer will present their own dance museum, a space in which the body is central. Therefore, there will be no stage or demarcation of the performance area, with the artists wandering freely through the galleries on the ground and first floors of the Museum, which house the works from the Collection.

From Aatt enen tionon (1996) to 10000 Gestures (2017), the dancer and choreographer Boris Charmatz has produced a series of truly memorable pieces. As well as touring extensively, he regularly takes part in improvisation events with Saul Williams, Archie Shepp and Médéric Collignon, and continues to work as a dancer with Anne Teresa De Keersmaeker and Tino Sehgal.

Organized by Mercat de les Flors in collaboration with the MACBA.

More than a legacy, this project seeks to be a kind of archaeological project: digging gestures from the past that will be interpreted by the body of a dancer in the present. From a metaphorical and literal perspective, the collection of a dance museum resides in and through the bodies of the dancers. The body is the most active storage space, formed by gestures and inhabited by memories ready to be activated in the present and in the future. This project presents a wild approach to history, in which the dancers essentially perform tasks while doing what they like most: recalling memories or knowledge of famous solo pieces, the habits that drive them, their moods, etc. In fact, everything revolves around research, a different museum approach.

‘The dancers, artists and actors participating in this piece are free to choose and remember, to teach, speak, repeat, reproduce and reappropriate the solos of their choice. Their knowledge of particular works could hail from education or could have been performed previously, while their exercises could adopt the form of wild appropriation or respectful homage, of a division, text, or the reading of documents. The solos are shown where the dancers feel they should be shown and are presented and embodied, but without being allocated a place or time. In this way, emphasis is placed on the mobility and fluidity of bodies: there is no programme to follow, no schedule to adhere to; no one knows exactly who will present what, or where or when. However, everyone is invited to discuss, talk, question and comment.’

Boris Charmatz was an associate artist at the Avignon Festival 2011, where he presented enfant, a piece for 26 children and 9 dancers, at the Cour d'Honneur in the Palais des Papes. In 2013, he was a guest artist at MoMA, New York, where he designed the dance programme Musée de la danse: Three Collective Gestures, a three-week project that was developed at the Marron Atrium and throughout the museum. In 2015 he was invited by Tate Modern, London, as part of the exhibition If Tate Modern was Musée de la danse?, an intensive two-day programme that took place throughout the museum galleries, as well as the Turbine Hall. That same year, Charmatz presented 20 danseurs pour le XXe siècle at the Palais Garnier, Opéra national de Paris.

Since 2009, he has been the director of the Centre chorégraphique national de Rennes et de Bretagne (France), which has been transformed into a new dance museum (Musée de la danse). The museum has initiated the projects préfiguration, expo zéro, rebutoh, brouillon, 20 danseurs pour le XXe siècle, Fous de danse and Petit Musée de la danse, among others.

Boris Charmatz is co-author of the books Entretenir/à propos d’une danse contemporaine, with Isabelle Launay, and Emails 2009-2010, with Jérôme Bel, and author of the document ‘Je suis une école’, in connection with the Bocal project, a nomadic and ephemeral school. 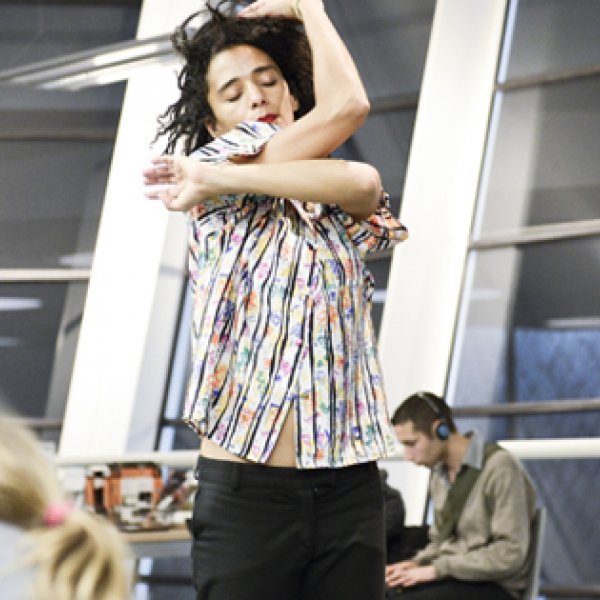 Saturday 27, from 4 pm to 8 pm
Free admission thanks to Uniqlo

Sunday 28, from 11 am to 3 pm
Admission: Admission with the museum ticket and Passi card, and for Friends of MACBA. Limited places. Ticket includes free admission to the exhibitions.