This event will be set up as an encounter between Professor Griselda Pollock and Curator Rosa Martínez, looking back on Prof. Pollock’s extensive body of work as a seminal scholar at the forefront of feminism, critical histories of art and cultural analysis. Taking at its epicenter questions of curatorial strategies, the conversation charts Griselda Pollock’s crucial feminist intervention of the last decade, from the virtual feminist museum to her work on Documenta 13, in an interface with Rosa Martinez’s long record as director or co-curator of international biennials such as Istanbul, SITE Santa Fe, Venice, Pusan, Moscow and São Paulo, and as curator of relevant exhibitions including La intimidad es política. Sexo, género, lenguaje, poder (Intimacy is Political. Sex, Gender, Language, Power) (2017).

Griselda Pollock and Rosa Martínez will invite the audience to visit urgent questions we face in the relations between art and society, art and money, art and critical thinking in the aftermath of notable contemporary convulsions (post-1989, post-2001, post-2008) to examine their difficult legacy, as world events almost exceed our own capacity to grasp them from within the field of the arts. What is at play for art in the form of a temporary exhibition? What is the role of critical curatorial practice, of the activation of recent events such as memory, trace or trauma at the site of the temporary exhibition? Is the exhibition to be gauged in terms of a public realm that might also be considered the locus of the political in Hannah Arendt’s or Jacques Rancière’s different inflections of that concept? How can we link feminist, queer, postcolonial and post-technological readings of our current situation? Can we still believe that art exhibitions have the force to be a poison or a cure in contemporary art?

Griselda Pollock is regarded as a key exponent of feminism in the disciplines of art history and cultural studies. She is professor of social and critical histories of art and director of the Centre for Cultural Analysis, Theory and History (centrecath) at the University of Leeds. Her most recent publications include Concentrationary Imaginaries: Tracing Totalitarian Violence in Popular Culture, with Max Silverman (I. B. Tauris, 2015); After-affects | After-images: Trauma and Aesthetic Transformation (Manchester University Press, 2013); Art in the Time-Space of Memory and Migration (Freud Museum and Wild Pansy Press, 2013); Concentrationary Memories: Totalitarian Terror and Cultural Resistance, with Max Silverman (I. B. Tauris, 2013); Visual Politics of Psychoanalysis: Art and the Image in Post-traumatic Cultures (I. B. Tauris, 2013); and Bracha Ettinger: Art as Compassion, with Catherine de Zegher (Exhibitions International, 2011). She has two forthcoming books, Charlotte Salomon and the Theatre of Memory (Yale University Press, 2016) and Is Feminism a Bad Memory or a Virtual Future? (Verso, 2017), while her current writing projects include two book-length studies, ‘From Trauma to Cultural Memory: Representation and the Holocaust’ and ‘Marilyn’s Mov(i)es: A Cultural Analysis’.

Rosa Martínez is an international curator, writer and art collections consultant. Since 1960, she has lived in Barcelona, where she graduated in the History of Art. She began her professional career as organiser and coordinator of the educational programmes of art and history for the Obra Social of "la Caixa" in Barcelona (1977–87). For two decades (1988–2007) she was director or co-curator of the international biennials in Istanbul (1997, Turkey), SITE Santa Fe (1999, New Mexico, USA), Pusan (2000, Korea), Moscow (2003–05 , Russia) and São Paulo (2006, Brazil). In 2005, she was co-director of the International Exhibition of the Venice Biennale at the Arsenale, the first woman director of this event in its 110-year history, together with María de Corral, head of the Italian Pavilion. From its founding in 2004 to 2007, she was the Chief Curator of the Istanbul Museum of Modern Art. In 2007 she curated Chacun à son goût for the 10th anniversary of the Guggenheim Museum in Bilbao. In 2011, she was a co-curator of TRA. Edge of Becoming at the Palazzo Fortuny in Venice. In 2012–13 she organised the exhibition cycle Qué pensar. Qué desear. Qué hacer for Caixaforum Barcelona, with works from the contemporary art collection of the "la Caixa" Foundation. In 2015, she curated the exhibition Nada temas, dice ella. Cuando el arte revela verdades místicas for the Museo Nacional de Escultura, Valladolid. In 2017, she was the curator of La Intimidad es Política. Sexo, género, lenguaje, poder at the Centro Cultural Metropolitano de Quito (Ecuador). She is currently preparing the multi-site exhibition Constellation Malta, the framework of the Valletta 2018 programme as the European Capital of Culture.
www.rosamartinez.com 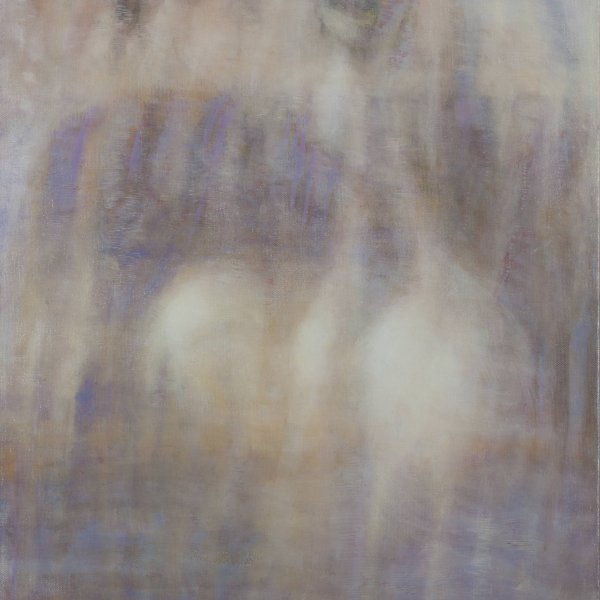