This lecture will begin by presenting a critique of the aesthetics of the "anarchive", which seems to be based on a misunderstanding of the concept of the archival. There is nothing "anarchic" about the digital world, in which every action is based on specific algorithms. Usually, the word "archive" is used in public discourse – particularly artistic discourse – as a vague metaphor to refer to all kinds of collections and memories. The very idea of an "anarchival impulse" suggests a resistance to archival norms and the fascination that that archive inspires: we will try to turn this idea into something positive by redefining it in techno-mathematical terms.

Although this conference deals with archival practices, the appropriation, circulation and migration of images, and the new forms of image archives (artistic and non-artistic), it is not yet clear whether online moving image portals such as YouTube are "archives". We can imagine instead a series of "experimental archives" as an alternative to well-organised institutional archives. Digitalised images could be entered into an enormous database that, once unified, could be searchable by parameters that detect similarities among them or different characteristics of objects, carry out a statistical comparisons of chromatic values, etc.

Finally, we can consider the "musical" dimension of the image archive, not in the obvious sense of audibility, but in the essential quality of the sound event: which is radically time-based. The archive’s "aura" (in the Benjaminian sense) does not only emanate from its air of secrecy and its power relationships, it also arises from a specific temporality: its temp / aura / lity.

This lecture by Wolfgang Ernst is the keynote lecture of the "The Anarchival Impulse in Contemporary Art" conference organised by the University of Barcelona, which explores issues related to the visual archive and the "anarchival" impulse in the use of images in contemporary art.

Wolfgang Ernst is Professor of Media Theories at the Institute for Musicology and Media Studies, Humboldt University, Berlin. He is the author of several works in the area of media archaeology and archiving, including Das Rumoren der Archive: Ordnung aus Unordnung (2002), Im Namen von Geschichte: Sammeln, Speichern (Er)zählen (2003), and Das Gesetz des Gedächtnisses. Medien und Archive am Ende (des 20. Jahrhunderts) (2007). His books Digital Memoryand theArchive (edited by Jussi Parikka) and Chronopoetik. Zeitweisen und Zeitgaben technischer Medien are due to be published in 2012. 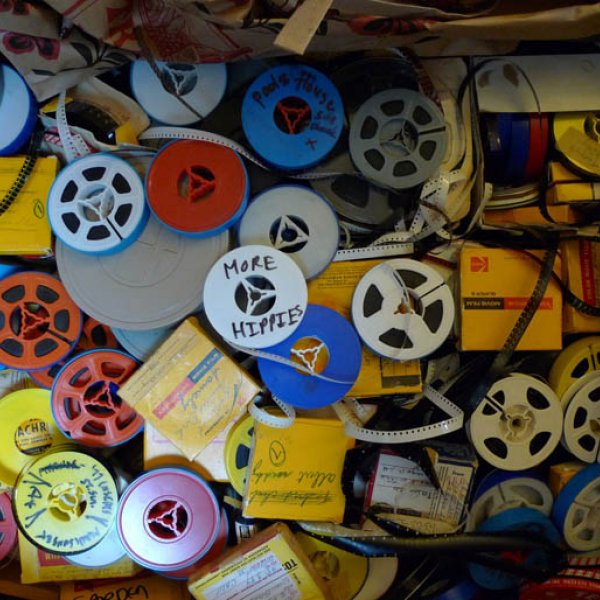 'Aura and temporality: The insistence of the archive' by Wolfang Ernst 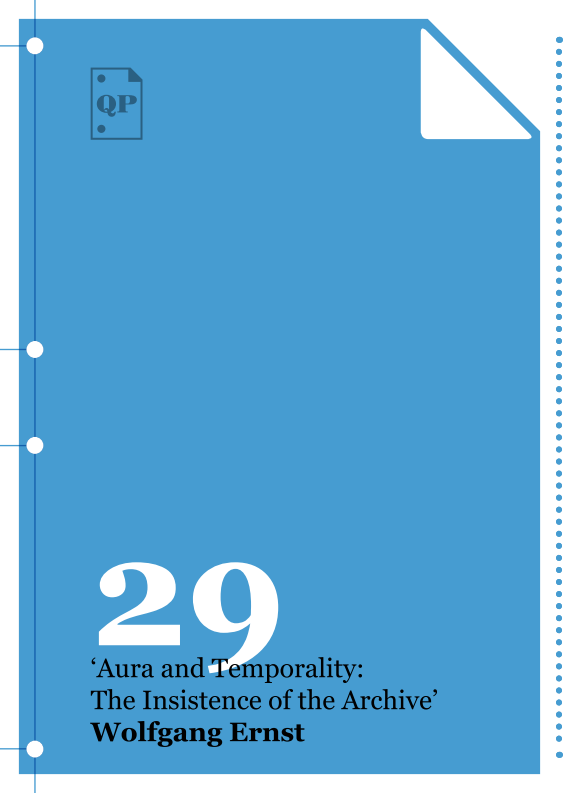 Quaderns portàtils
Wolfgang Ernst "Aura and Temporality: The Insistence of the Archive"
Wolfgang Ernst
My work is my body, my body is my work.
Helena Almeida