This seminar proposes (ex)posing certain areas of research for discussion. They are necessarily collective, processes in which I was or am a participant, involving experiences of connection between art/politics that have taken place in Argentina and Latin America from the decade of the 60s to the present day. The idea is to approach ways of engaging in and understanding artistic practice that involve overflowing from the modern concept of art and also the radical reformulation of what we understand as politics.

Research work generates archives, but understanding that these archives are not closed and previously delimited and constituted documentary archives. On the contrary, they are vital, open and under on-going construction. They gather traces, material remains or evidence of experiences that not only resonate from the past but also speak to us from the future.

We will ask ourselves about the policies of archiving, research, curatorship and other forms of activation with regard to these experiences and their catalytic power, in the midst of a battlefield to determine their political and poetic meanings. How can their interrupted critical power be unblocked? How can we invoke a sensitive registration of the experiences and the affections that stem from them?

In the course of the seminar we will go through different episodes or historical junctures, and we will question some tactics (research projects, exhibitions and archives) generated around them, starting from three major questions or problems:

1. The disruption or reformulation of conventional ways of understanding the relationships between art and politics, which often subordinate art to a role of illustrating the letter of politics, or conceive of politics as “content” or an external reference that artistic practices invoke, often typecast in realistic or accusatory aesthetics. It is important for us to think about these mutual contaminations and intersections , never free of tension with the boundaries of the art world and with the expectations or mandates emanating from political projects (regimes, parties or guerrillas) and social movements (such as the human rights movement or the feminist movement).

2. The problematization of the centre-periphery scheme for approaching cultural productions in Latin America, eroding the binary and unidirectional order that tracks the repercussions on the periphery of international hegemonic art under the sign of the derivative, irradiation or diffusion toward the margins (or, at most, accounts for its distance or difference in terms of exoticism or distortion) to take on a “decentralized ” position, which affects the standpoint from which we think of our own unequal condition while simultaneously investigating what the peripheral centre itself bears. An upsetting of the way we look upon the centre itself, breaking the parameters and hierarchies that constitute its lawfulness and manage its stories.

3. The ways in which these collective investigations produce archives and stories. In particular, we will focus on a set of curatorial practices promoted by the Southern Conceptualisms Network, taking the political dimension of any research process into account, as well as the tensions, decision-making and negotiations entailed by the entry of these art/political experiences into the artistic institution when it comes to welcoming practices that overflow and even question their inclusion in an exhibition mechanism and in a museum setting. What is gained and what is lost, what is betrayed and what is activated in these experiences when they are incorporated into the logic of the museum? Weighing risks such as the aesthetization and deactivation of the critical power of these unruly stories, their ensnarement in the logic of the art market and collecting, their inclusion in a canon. At the same time, we will also reflect on the possibility of generating a vital archive and polyphonic memories of sealed and silenced episodes, able to produce unexpected resonances and connections with the present time. 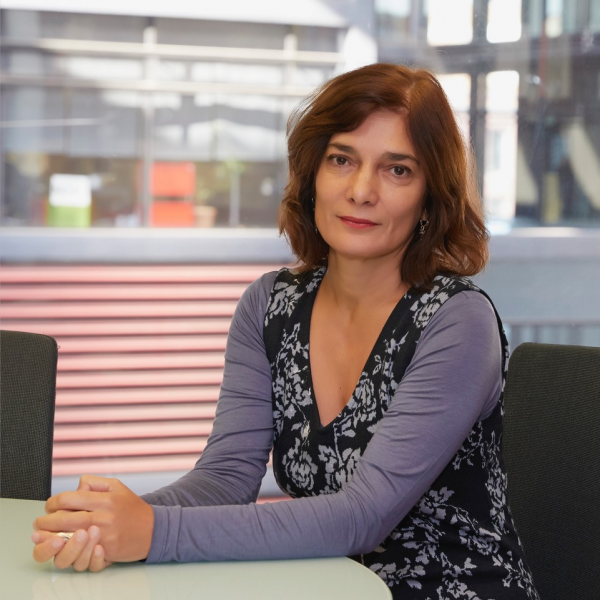 Alberto Greco: heterotopia in his vivo dito and other actions. Ricardo Carreira: dishabituation and discontinuity. Oscar Masotta and the art of the media: dematerialization.

An art for revolution: paths of radicalization and rupture
The incursion of politics into avant-garde movements since 1965: Toward an artistic foco theory. Political violence as artistic material. The “’68 Itinerary”.

The dissolution of the avant-garde, the abandonment of art. New strategies in the face of political violence in the early 1970s: Vindication of the pamphlet, institutional “monopolization”, an aesthetic of violence.
The myth of Tucumán Arde: conflicting readings in recent decades.

Between terror and celebration
Creative strategies of human rights movements in dictatorships. Becoming visible: Actions and resources. Two matrixes representing the desaparecidos (disappeared persons) in the actions by the Mothers of the Plaza de Mayo: silhouettes and photos (masks, hands). El Siluetazo. Uses of photography in the recent remembrance of missing persons. The strategy of joy. Inventing spaces of freedom in the midst of terror. The “strategy of joy” as another form of resistance. Underground spaces and sociabilities. The outbreak of sexual disobediences. Silk-screening as socialization of art: the connection of the Peruvian scene with that of Argentina: Paréntesis and EPS Huayco (Lima) and Gastar/Capataco (Buenos Aires).

Artistic activisms in the last two decades
Four junctures in Argentine activisms of recent years: 1) Mid-1990s: HIJOS and the invention of escrache protests. Involvement of the GAC and Etcétera. 2) In the midst of the rebellion of December 19 and 20, 2001 (Taller Popular de Serigrafía, Argentina Arde, Partido Transportista de Votantes, Proyecto Venus and others). Collaborative and cooperative relationships with new social movements. 3) 2004: International overexposure in the artistic system and watershed in light of the change in official human rights policy. “Artivists” persistence around the second disappearance of Jorge Julio López. (Hugo Vidal, Iconoclasistas, Mujeres Públicas). 4) 2015: emergence of a new local (and regional and global) political cycle, marked by the advance of conservative, punitive, regressive policies with respect to rights achieved. Aesthetic policies in the face of institutional violence. New keys to political imagination (Serigrafistas Queer and Cromoactivismo in the feminist movement).

Can we give an account of the present in an exhibition?: preview of the project of the RedCSur “Giro Gráfico” (MRS, 2022).