From 2019-2022 the Rijksakademie, MACBA and WHW are developing the Education from Below programme, which explores art as a place for dialogue, collective learning and imagination. It recognises that art practices can displace traditional divisions between theory and practice, and also build knowledge through sharing and mutual learning. Together, the partners are exploring and sharing methodologies and models of exchange-based art practices.

While possibilities for meeting physically are drastically reduced, a series of online events have been jointly developed. They explore tools that artists, thinkers, and institutions are developing and using experimentally in order to navigate a period of immense disruption and social change, and what kinds of artistic ecologies can be formed with them.

This activity is part of the Education from Below project, with the support of Creative Europe's programme of the European Union 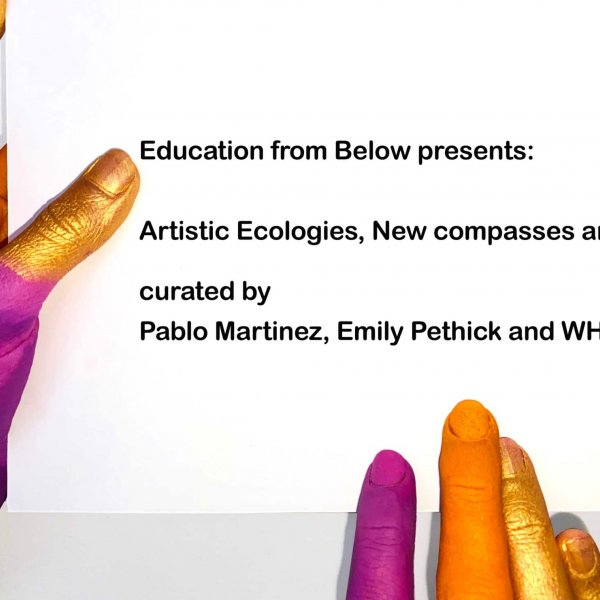 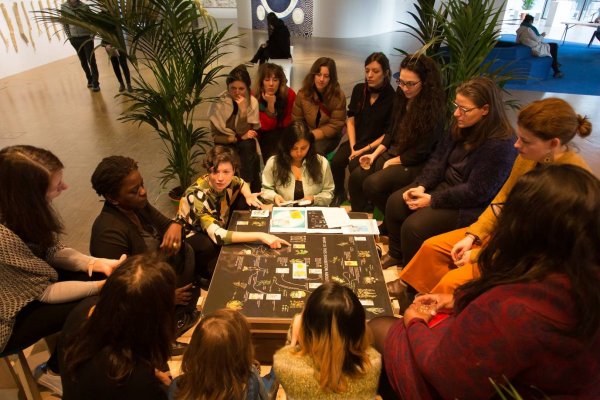 Healing, as much as art, is a transformative praxis. It is something done and it does something: it restores. In their collaborative work, Valentina Desideri and Denise Ferreira da Silva explore healing as an art form, a praxis of sensing and making sense that includes studying, thinking, reading and restoring experiences that reach for the deepest level of our entangled existence. Ferreira da Silva and Desideri will host a Sensing Salon—a studio for the practice of healing arts—where different reading and healing tools will be shared and available for use, such as tarots, medicinal plants, Fake Therapy cards, books, astrology, Reiki, etc. 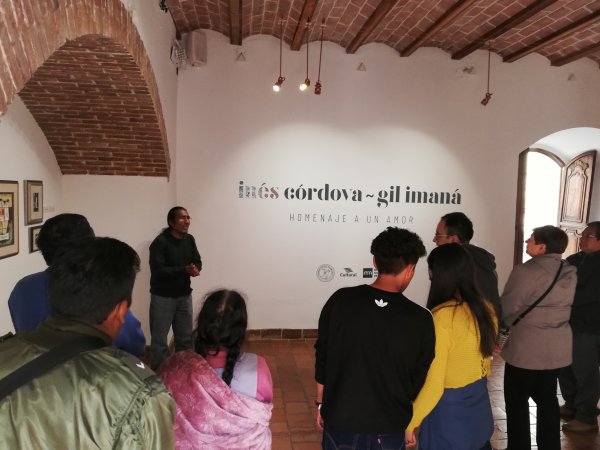 Between March 2019 and June 2020 the Museo Nacional de Arte (MNA) in La Paz found itself in a process of renewing its basic institutional guidelines. This process was based on three fundamental actions: "decolonise, democratise, deeliticise".

The experience in the Plurinational State of Bolivia is specific. A desire to decolonise the Musée du Quai Branly in Paris, for example, would imply starting from completely different premises than those that would be used to decolonise the Museo Nacional de Arte of La Paz. The process of decolonisation cannot make the same mistake as colonisation, which is to overthrow local habits and structures in order to impose a universal principle disregarding given preconditions. However, there are certain epistemological approaches and certain ethical and political principles that we can propose as indispensable principles, in an effort to intervene in the coloniality of the museum, an institution entirely based on 19th-century Eurocentric logic.

This conversation will also be live-streamed via this link. 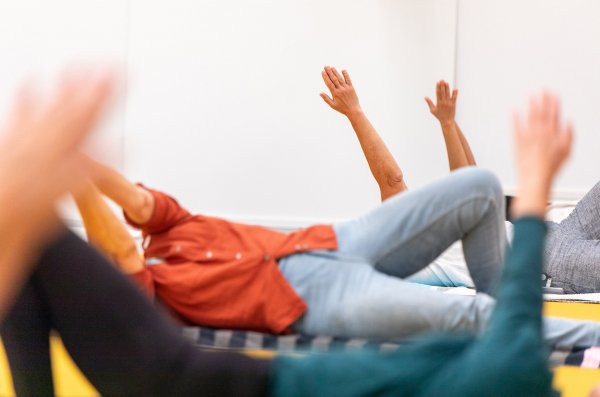 One is Always a Plural: moving together over distance, Yael Davids

Yael Davids has been training in the Feldenkrais Method for the past five years. She uses the method as a research device for comprehending the inner workings of structures and prevailing tendencies — bodily, institutionally, artistically. In her work she focuses on learning conditions and duties of care, and addresses a range of questions such as: How can we reform the prevailing trope of learning being a competitive, mentally demanding experience? How can we integrate other learning processes, beyond the common optic experience? How can the relationship between student and teacher be more democratic? How can we support the practice of self-reflection and individual interpretation? How can we think differently about limitation? Yael will present a Zoom workshop in which a somatic analysis of artworks constitutes the foundation for a Feldenkrais lesson. Drawing on the workshops she recently presented at the Van Abbemuseum, Yael invited each member of the curatorial team to select a work of art that, amidst the conditions of the pandemic, has acquired particular magnetism for them — a charged significance.

During the session itself, please mute yourself so as to limit background noises. Feel free to unmute yourself if you need to ask a question. You can ask a question at any time. In order to best see your movements, Yael recommends to wear lighter coloured clothing if you’re lying on a dark surface. Equipment: mat or blanket (optional), pillow (optional) comfy, warm and non-restrictive clothes.

More info about the activity
By presenting a story of a victim of violence in Colombia, I am calling on the memory of pain which all human beings have, here or anywhere else in the world.
Doris Salcedo