From 22 November to 2 December, Barcelona will host a new edition of Dart Festival. The festival, the first in Spain to focus exclusively on documentary filmmaking on contemporary art, will bring the latest national and international productions to the public.

For this year’s edition, the Istituto Italiano di Cultura of Barcelona and Dart co-host the special section of the festival, aiming to celebrate the 50th anniversary of the birth of Arte Povera, the radical movement that has positioned itself as the most influential contribution of Italian art to the international scene of the 20th century. The programme of the "50 years of Arte Povera" section will open at MACBA on Thursday, November 22nd, with a lecture by Italian curator and art critic Germano Celant, creator of the term "Arte Povera", followed by the screening of the documentary "Intorno a Marisa", by Simona Confalonieri (2013).

The official section of Dart will open on Thursday, November 29th, with the session to be held at Aribau Multicines and, from Friday 30th November to Sunday 2nd December, it will continue with the rest of the documentaries of the programme at Cines Girona.

The programme of the special section that Dart Festival 2018 dedicates to Arte Povera will be completed with the screenings of these other two documentaries at Cines Girona:
- “On The Edge of Glory: The Life and Works Of Pino Pascali”, by Maurizio Sciarra (2017)
- “Michelangelo Pistoletto”, by Daniele Segre (2013) 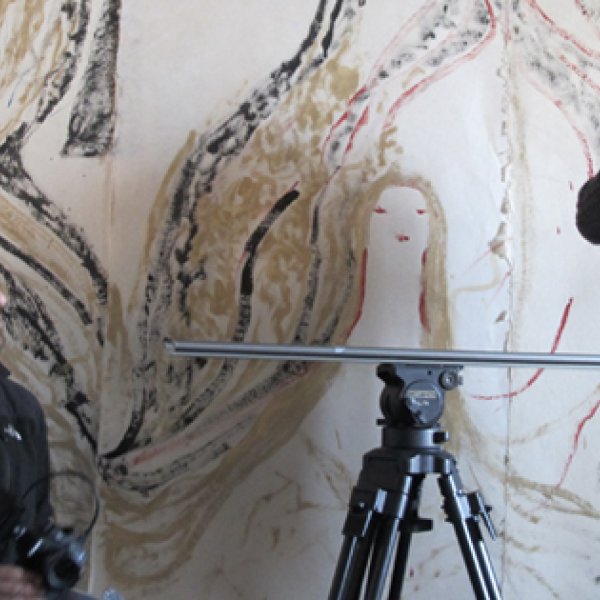 German Celant’s Lecture
Art critic. Considered the inventor of Arte Povera. Director of the Prada Foundation (Milan), responsible for the firm Arte for the daily L'Espresso, he was co-artistic director of the first edition of the Florence Biennale in 1996 and curator of the 47th Venice Biennale in 1997. In his lecture, Celant will review the history of the beginnings of the Italian movement from the first publication of the founding text to subsequent exhibitions in Italy and throughout Europe. A journey through time that will include artists such as Giovanni Anselmo, Alighiero Boetti, Pier Paolo Calzolari, Luciano Fabro, Jannis Kounellis, Mario Merz, Marisa Merz, Giulio Paolini, Pino Pascali, Giuseppe Penone, Michelangelo Pistoletto and Gilberto Zorio, whose works broke all linguistic limits of artistic creation, along with the contemporary movements of Conceptual Art and Land Art.

*Conference in English without simultaneous translation.
8.30 pm - Screening: "Intorno a Marisa", by Simona Confalonieri (2013). Duration: 26' OVSS
The film highlights the domestic component and the ways in which creativity and life have merged in Marisa Merz's work. Held in a major exhibition at the Serpentine Gallery in London in 2013, in the same year the artist received the Golden Lion award for her career at the 55th Venice Biennale. The artist never wanted to be recorded and this documentary, produced by RAI, has been the only exception.