From different points of view, the course explores a number of displacements that have occurred since the 1990s. Most important is the one that affects public accountability in creative practices: how, during that decade, we see a growing interest in rethinking art practice such that it relates to the wider public domain, to social life, to the media, and to the world of politics and micropolitics, with the ultimate goal of favouring a culture of social processes rather than capital gain. In the nineties, a whole range of phenomena emerges that holds to question the commercial, nationalist and subjectivist culture of the eighties, linking with practices of the seventies and advancing formats, procedures and inquiries that become central from 2000 onwards: activisms of all kinds, new interpretations of the public space, political declarations, historical memories, mediations, dislocations, new corporalities; all this within the framework of a great mutation within the audiovisual spectrum, with universal digitalisation and the emergence of the Internet, together with a general process of aestheticisation and viral deregulation of the political economy and the public sphere.

The course includes the active mediation of the participants: thus, the aim of widening the ‘public accountability’ of what is discussed in the sessions will be given a concrete platform of expression. To this end there will be a publication in which all participants will be free to express their responses, elaborations, critiques and ideas regarding each session.
Contributions must be prepared specifically for this context and be directly related to the topics covered in the course. The format of the texts is open. They will be published in the original language, unedited, and under a Creative Commons license (CC BY-NC-SA 3.0 ES). The publication will be for sale at a nominal price.

MACBA's contemporary art and culture courses are a meeting place and forum for people who are not specialised in art, but interested in knowing its history, the discourses it generates and the narratives that formulate it. The thread running through these courses is the desire that drives some viewers to want to know more and to share their knowledge of art. To this aim, the methodology of the courses is based on the collective construction of discourse. Each session is divided into two parts: a presentation by a guest speaker, followed by a collective discussion and exercise. These classes are accompanied by other types of experimental proposals that invite the participants to become involved in different ways. In this case, it will be through creative writing related to the course (essays, fiction, poetry or visual material) and the production of a collective publication. 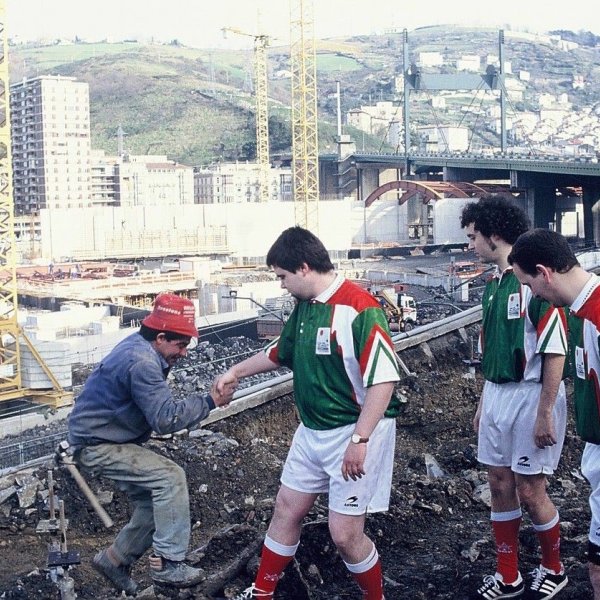 THURSDAY 8 FEBRUARY, 7 pm
Jorge Luis Marzo
The 1990s. From the moss under the happy steamroller
In the 1990s, and especially since 1992, annus mirabilis of Spanish and European neoliberalism, a whole range of artistic practices emerged with the explicit intention of abandoning the mellifluous formalist tendencies of the previous decade and formulating new discourses linked to the political, social, sexual and working reality concealed under the steamroller of an institutional culture at the service of consensus. The dynamics of the 1990s viewed culture through the complex social processes that comprised it, in rejection of a culture that served merely to tame and subdue all sensitivity. Undoubtedly, these dynamics were in many cases paradoxical and subject to strong tensions: how to define the collective versus individualism? How should the aesthetic and productive autonomy of art be regarded when there is a need for public accountability, for inclusion in common life?
How should working in art be explored at a time of precarisation and work aestheticisation? How to adopt new technologies without falling into mere spectacularisation? Where should socio-aesthetic experiences be located in a decade in which the ever-expanding number of art museums in Spain merely responded to the politics of tourism and urban speculation? And yet, these questions and their answers are still relevant today, underlying current debates on the role of art in an aesthetic capitalism that devours signs, affections, bodies and memories.

THURSDAY 15 FEBRUARY, 7 pm
Patricia Mayayo
Feminist and LGTBI ‘artivisms’ in the Spain of the nineties
In the 1990s, while the artistic institutions began to incorporate feminist discourses in their programming, a wide range of creative practices linked to feminist and LGTBI groups was developed, which, following the terminology coined at the time, could be called ‘Artivists’. Sometimes produced in collaboration with art centres, but usually outside them, these practices explore the political and activist potential of creativity and opt for collective forms of expression with a marked anti-market character: fanzines and independent publishing, performances and street action, video and photography, the production of posters, pamphlets and graphic materials, the design of websites and blogs, and the organisation of festivals... We will see how this flowering of feminist and LGTBI artivism runs parallel to a series of broader social changes: the institutionalisation of the feminist movement in the previous decade, the emphasis of the classical feminist agenda on the ‘woman’ as the central political subject of feminism and the obsession with conquering power, give way to new identities and new issues such as the rights of sex workers, the vindication of the counter-hegemonic possibilities of peripheral sexualities, sexual diversity, the interrelation between colonialism, classism, homophobia, sexism and the precarisation of women’s work in the context of globalisation.

THURSDAY 22 FEBRUARY, 7 pm
Joana Masó
Light after the lights. Contemporary women artists on language
Perhaps since the late nineties, some artistic practices have developed an unprecedented relationship with the political. They no longer identify with recognisable forms of militancy, commitment or activism. They explore other less visible ways of politicising that are linked to critique, contemporary philosophy and the work on language, along with its forms of domination and deconstruction.

Appropriating some of the questions that were opened in contemporary thinking by philosophers such as Jacques Derrida and Jacques Rancière, we will analyse the work of some contemporary women artists who – not only in language, but also in one’s mother tongue – place the battle for the sense of who we are as subjects who speak and from where: from which bodies and cultural imaginaries. How are we to read from there the consensus of artistic practices on ‘globish’, at a time when the artistic action itself moves towards the problematics of language? What sense does it make to speak, in artistic practices, of the multiple forms of domination found in English, in Kikuyu or in Catalan caló? To what extent and in what ways has the materiality of language become a working tool for artists where the forms of normality, globality, authorisation and consensus on artistic practices and the world are in litigation? What implicit and default decisions frame and limit the power of artistic practice with respect to decisions and commitments acquired through language?

THURSDAY 1 MARCH, 7 pm
Joan Fontcuberta
Photoshop and Google: the new demiurges
Photoshop was born in 1989, Google in 1998. Throughout the nineties, the image processor and the search engine became the main tools of digital culture and were incorporated into our cultural and social habits thanks to their obvious functionalities: universal knowledge without effort, the alteration of visual information made available to everyone. But this free-for-all utopia masks effects both in the metaphysical and in the political that will give rise to new regimes of truth and certainty. Photoshop and Google are not innocent devices. Numerous Spanish artists, from Juan Urrios to Andrés Galeano, have persisted in pointing out the self-interested mirages that they generate.

WEDNESDAY 7 MARCH, 7 pm
Cabello/Carceller
Bodies in rebellion, disputed genres
Around 1993, after the end of the Transition and in the midst of a devastating economic crisis, a radical change of attitude took place in a small group of artists who decided, them and us, to abandon formalist aesthetics and its associated discourses to give themselves/ourselves a voice as ‘infected’ subjects, as dissenting and thinking bodies: beyond objectification, closer to abjection. While in the international context an art anchored in the search for identity had just emerged, in ours those identities emerged re-politicised as part of what could have been a ‘post-feminist’ art, or of the third wave of feminism – if, before the nineties, there ever was an openly feminist art in our country – and as part of a newborn queer movement with few aesthetic references. After finally clashing with the country’s narrow-minded artistic context, made to feel inferior for its past away from the northern democracies, a number of aesthetic practices arose from the fight against the stigma of AIDS and the awareness of death, and from the need to break the silence of dissident subjects at the centre of the new sexualities and investigate new subjectivities. These practices promoted a change of attitude and tried to influence the way in which this was received. Afterwards, feminism would lead to transfeminism in which queer poetics/politics tried to assimilate... But there is still a long way to go.

THURSDAY, 15 MARCH, 7 pm
Tere Badia
An atlas of alteration. The displacement of the structures, rudiments and elements of the art system in Spain through the cultural practices of the nineties
During the last decade of the twentieth century, some of the debates that began during the 1980s to stress the conditions of art production in our context began to materialise in Spain. Against the individualism and the cult of genius inherent in the interpretation of artistic practices, the nineties initiated collective responses that affected both the creative processes and the infrastructures that sustained them: alternative spaces, production centres, professional associations, independent projects, etc., began to populate the peripheries and interstices in contexts as diverse as cities and universities. Even though, in the short term, they had little impact on the construction of the discourse on the public and common in art, or on the hegemony of the academic space, these practices, influenced by models seen in other countries, not only transmitted other ways of achieving what was considered necessary for the functioning of the cultural system or for the development of artistic activity, but also inoculated the value of the processual, the trans-disciplinary and intersectoral, the cognitariat and the precarious.

THURSDAY 22 MARCH, 7 pm
Working session with interested participants. Delivery of texts and start of the process of defining the publication. 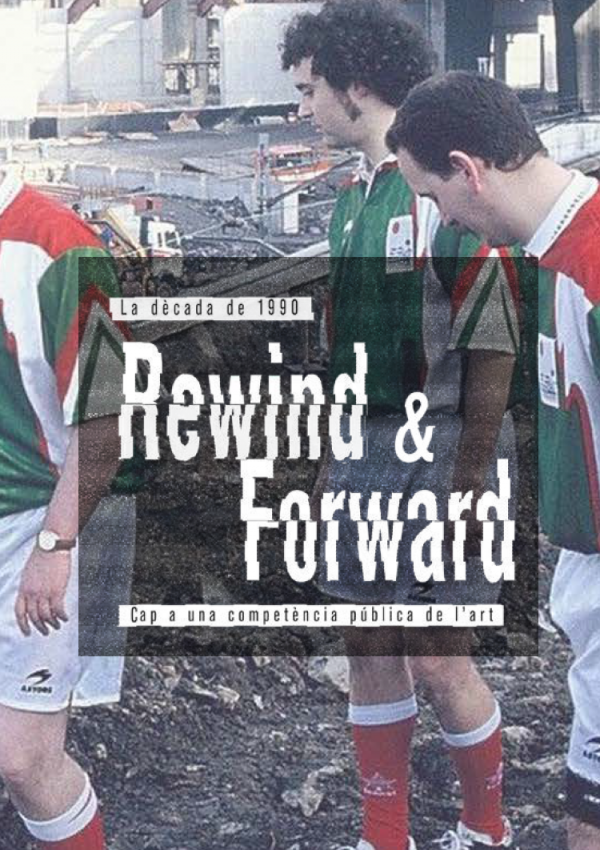