Since the sixties, Miralda's work has been notable for its incisive analysis of the mechanisms of state control and the conventions of our consumer society, and its irreverent demystification of the clichés around the production and reception of the artistic object. His early objectual projects soon gave way to ceremonial actions involving collective participation, with food as a protagonist. Food and its rituals of preparation and consumption became the highly symbolic raw materials for his art, ideal for experimenting with new forms of resistance and ways of relating to the environment.

The fusion of different cultures, the vast dimensions of the urban and human landscape, and the popular iconography and rituals activated a method of observation and confrontation in situ. ‘A prying anthropologist, he studies customs and isolates usages and habits; he heightens their symbolic content, and organises their aesthetic and poetic transference, their projection into the universe of the feast’, the critic Pierre Restany wrote in 1982. Miralda developed a body of work that favoured coexistence in the public space, the ephemeral, a critical and poetic spirit, and humour, thus turning an act as universal as eating into a creative universe.

In this video Miralda reviews his artistic production of military themes from the sixties: drawings, sculptural series, performances and public monuments with which he questions the power of the military institution and the authority of the state.

With multidisciplinary work between happening and participatory installation, Miralda has made eating his creative axis. A universal activity, yet so particular to the various human groups, it is used by the artist to carry out a political critique and an ethnological deconstruction of prejudices and schemes in a global world. Using kitsch iconography and Baroque aesthetics in large works, he commits to a vital language that celebrates the senses, colours, party, play, imagination and life. As Umberto Eco wrote in 1985: ‘Miralda travels the whole world to recreate the old ritual of celebration.’

With a subtle irony, with this work Miralda reduces the military institution and the power of the State to the absurd and in this way expresses a critical attitude very much in line with the protest movements that emerged all over Europe during and after 1968. 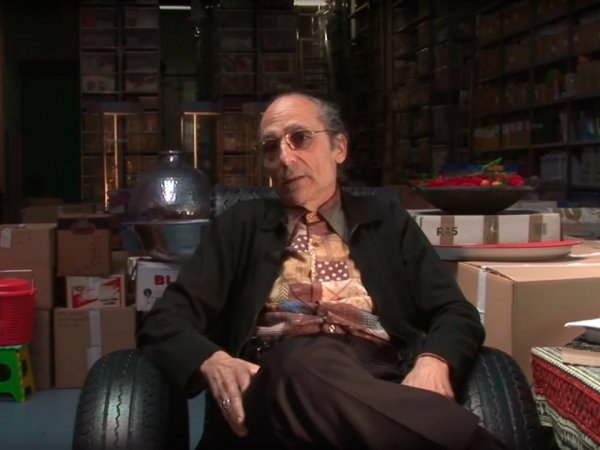 Miralda
Learn more about the artist