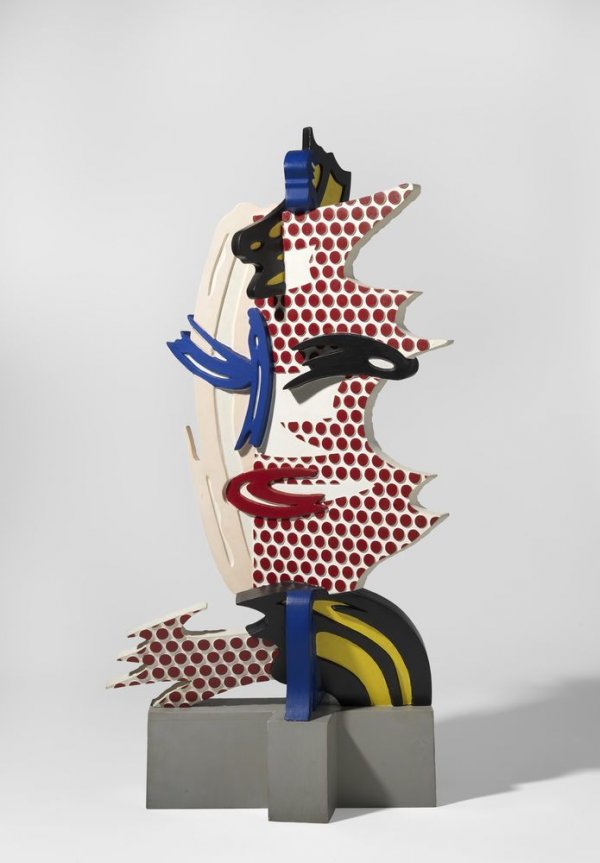 The American artist Roy Lichtenstein designed the sculpture Barcelona Head in 1991, having been commissioned by the City Council on the occasion of the Olympic Games of 1992. The 14-metre-high work was installed in the Passeig de Colom, at one end of Port Vell. The bright colours – white, red, blue, yellow and black – and brushstrokes that evoke the visual language of comics are characteristic of the style of the artist. Against a background of red dots in relief, we glimpse a face or head with pouting lips and huge eyelashes. The form of the sculpture seems to have emerged out of the free and colourful brushstrokes. In this sense, Barcelona Head is part of a series of works that the artist called ‘brushstrokes’: ‘a three-dimensional tribute to painting’. Situated within mainstream Pop art and influenced by the aesthetics of the comic world, the work is a tribute to the city and its most famous architect, Antoni Gaudí. In fact, the artist covered parts of the work with mosaic in a clear reference to the universe of Gaudí.