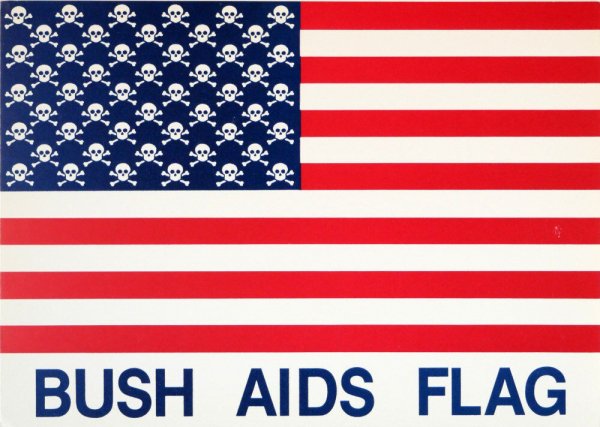 In 1988, in the midst of the AIDS crisis, eleven committed artists in New York created the direct-action group known as Gran Fury, with the aim of fighting the disease and the social stigma attached to it. Emerging as a spinoff from the ACT UP group, they produced leaflets and campaigns, organised demonstrations, filled the streets with posters proclaiming that kissing was not a crime, and used all kinds of agitprop strategies to challenge medical data, moral judgments and political realities. Convinced, as some of their actions proclaimed, that ‘Art is not enough’, they merged artistic action and social activism to reach other collectives. Like other images generated by Gran Fury, the iconic American flag with skulls instead of stars describes, as effectively as it is direct, the reality of a country in the hands of politicians like President Bush. Gran Fury disbanded in 1995. 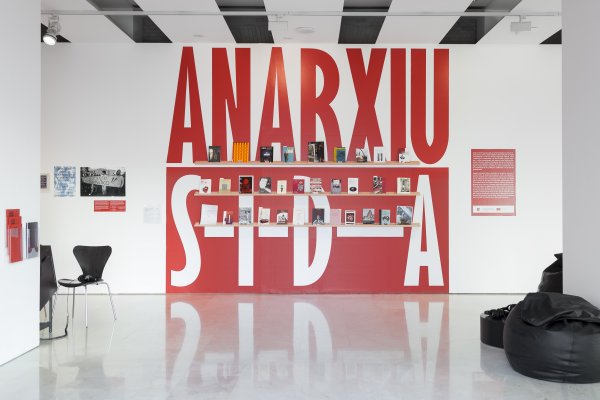 AIDS Anarchive
Gold does not take on any dirt. And gold, just are diamonds, is an exalted material. It possesses such a degree of abstraction that it encounters you –if you use it artistically– on an already exalted level.
James Lee Byars