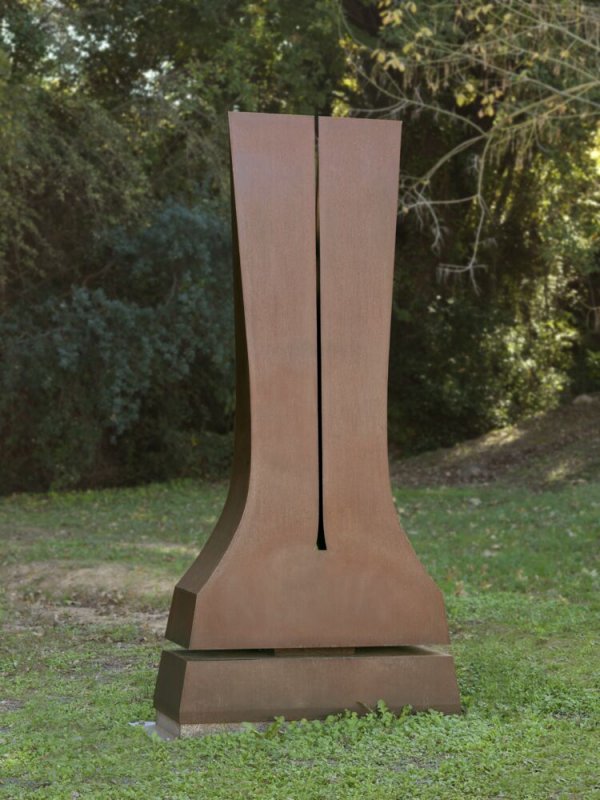 Located since 2010 outside the Postgraduate School on the campus of the Universitat Autònoma de Barcelona, the sculpture encapsulates the language of this New York artist who has numerous public works in the United States and Europe. A fissure or incision runs from top to bottom at the centre of a large steel work nearly three-metres high. The references to female sexuality and the idea of genesis are a constant in the work of this artist. Flat Genesis reminds us of the totems of primitive art. Pepper’s works tend to establish a dialogue between opposite concepts such as solid and void, horizontal and vertical, earth and sky, light and shadow, nature and technology. As the artist herself explained: ‘There is no need to adapt. No need to use the work. The only inescapable need is to relate and create an interaction between man and aesthetic experience.’

MACBA Collection
Visit the Collection
The objects are intended to have the objective character of industrial products. They are not intended to represent anything other than what they are. The previous categorization of the arts no longer exists.
Charlotte Posenenske