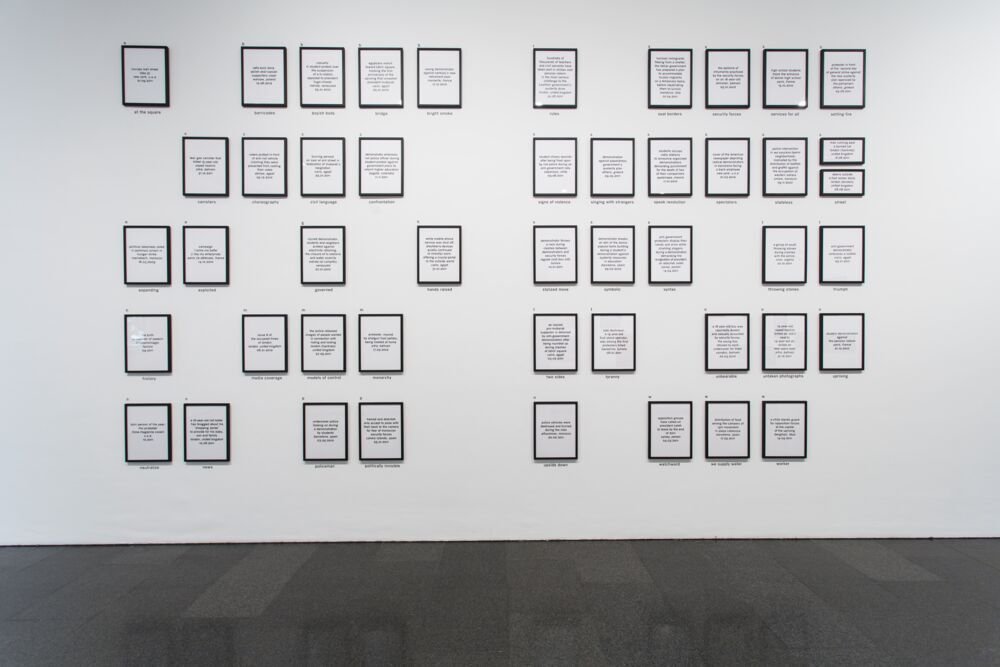 In March 1926, the German magazine AIZ (Arbeiter Illustrierte Zeitung) [Workers’ Illustrated Newspaper] published a call to its readership, the mobilised working class, to submit photographs of the daily life of the proletariat, exposing the real conditions of industrial labour, workers’ organisations and political activity. The initiative met with a good response, and became the first civil and collective use of photography.

Based on this tradition of amateur working-class photography, Werker Magazine aims to maintain the radical nature of photography based on the self-representation of labour and ways of life that are not always visible in the history of power. In this context, Werker 7. The Language of Revolution, Index is its seventh action. Roig and Delfos have combined images from the Web with concepts taken from a lecture given by Ariella Azoulay at MACBA in 2011. Under the title The Language of Revolution – Tidings from the East, this image theorist and film director raises the role of photography in the construction of a global revolutionary language. If revolution is a language, Azoulay argues, photography is the paper on which we write it.

Roig and Delfos hang 47 framed texts on the wall as if they are an alphabet. Above each text is a letter and, below, a concept used by Azoulay: concepts such as exploited, ruled, raised hands, barricades, control models and others that form a true language of the revolution. In the initial formulation of this work, this revolutionary alphabet combined photographs of street protests in various cities around the world during the years of the 15-M movement or the ‘Global Protest’, with corresponding captions. Later, Roig and Delfos deleted the images, leaving only the caption, which indicates the place, year and context of an image that we can no longer see. Werker 7 thus challenges the role played by the photographic image in the construction of a global revolutionary semiotics.