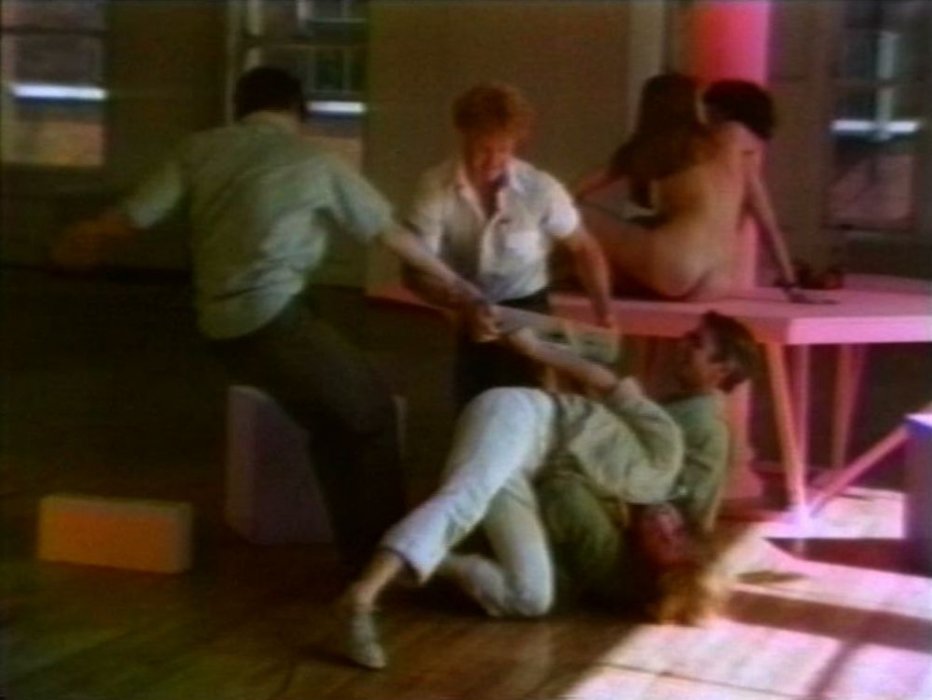 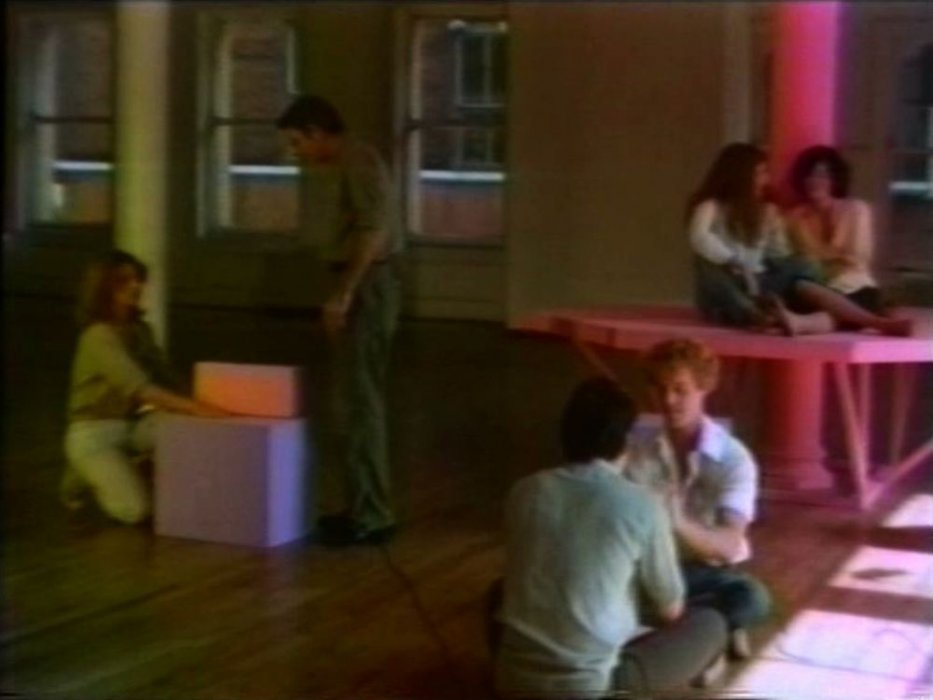 Film: 39 min, color, sound
A tape within a structure by: Lawrence Weiner

First presentation: The Kitchen, New York City, 1976, as a component of the exhibition "With Relation to the Various Manners of Use," September 25-October 18, 1976.

In Do You Believe in Water?, conceptual artist Lawrence Weiner employs minimalist props and scenarios to stage an oblique psychological drama. In a nearly bare loft space, Weiner's performers cluster around an octagonal pink table, enacting a series of what seem to be choreographed exercises or processes: playing patty-cake, grappling for possession of rectangular blocks, kissing and embracing, engaging in bizarrely coded conversations. The performers' physical actions and interactions with one another — and with the distinctively colored and shaped objects in the space — evolve in constantly shifting relationships that become a kind of language of inflected meaning. As these relationships unfold, viewers must synthesize these cues, together with a multi-layered soundtrack that suggests linguistic, rhetorical and philosophical puzzles. This performance translates themes and strategies seen in Weiner's conceptual artworks into the realm of theater.

Other works by Lawrence Weiner 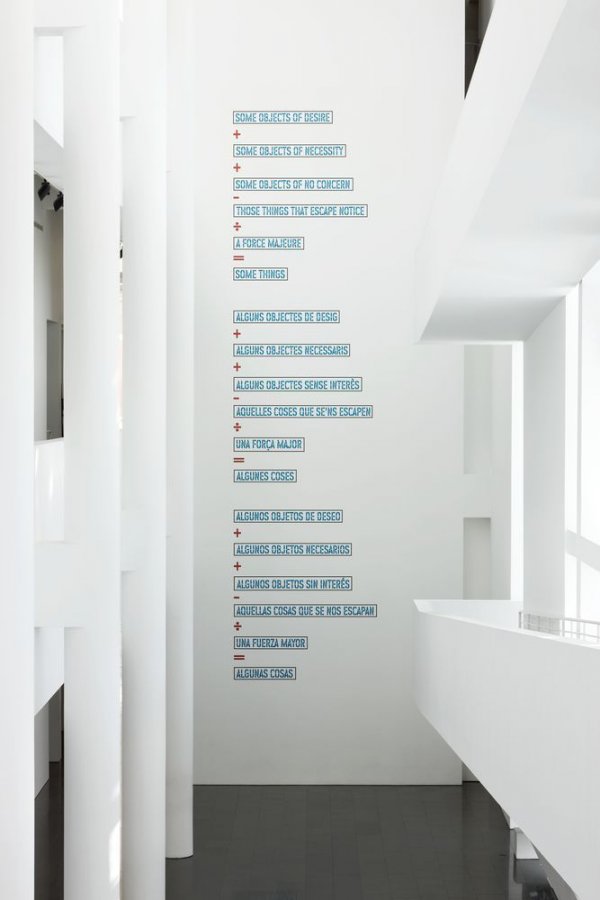 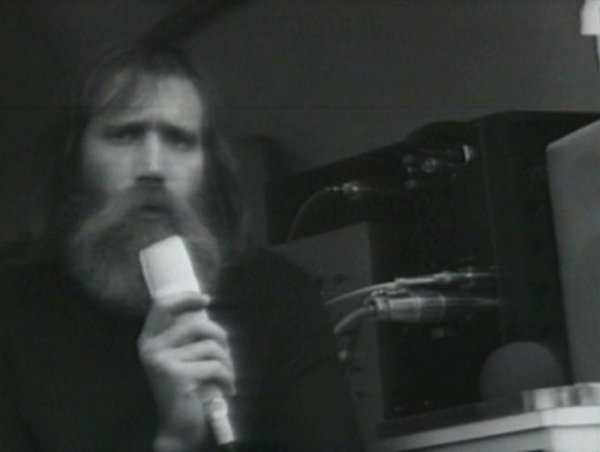 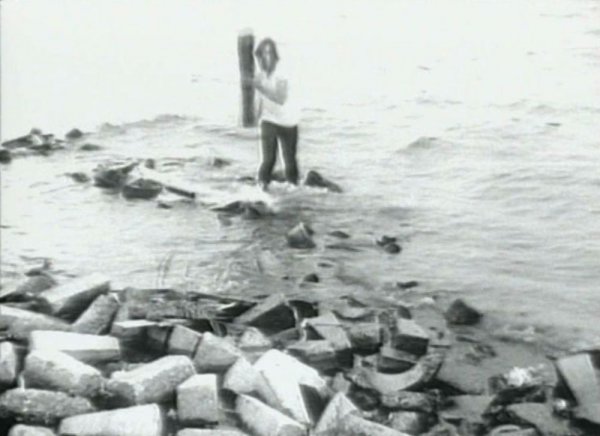 John Baldessari, Lawrence Weiner
The Metaphor Problem - Again
1999
See all works by this artist →
I don’t think about art when I’m working. I try to think about life
Jean-Michel Basquiat