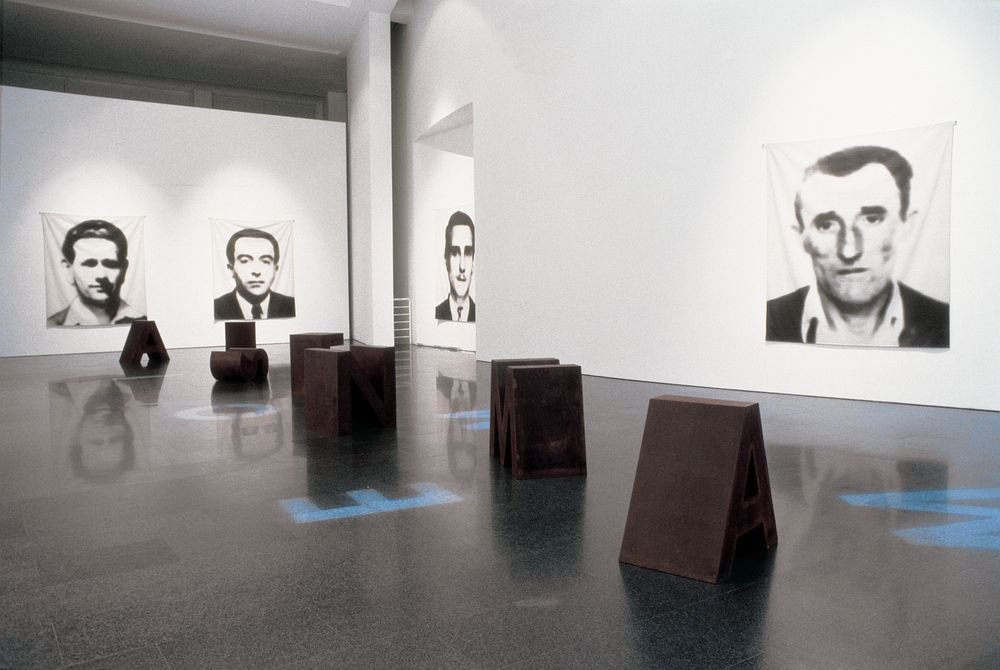 Francesc Torres’ installation Amnèsia/Memòria (Amnesia/Memory) pays tribute to thirteen members of the maquis, popular idols of the resistance movement that fought against the Franco regime in Catalonia. Victims of silence, their absence from official history has helped turn them into legendary characters, not unlike the Catalan bandits of the sixteenth and seventeenth centuries. Collective memory and socio-political content are two of the themes that structure the artist’s work, appealing to historical consciousness and critiquing the collective amnesia of revolutionary utopias.

While the portraits of these honoured guerrillas maintain the character of police mug shots, on the gallery floor Torres arranges some large cast-iron letters forming the word ‘amnesia’, together with the projection of individual letters spelling out the word ‘memory’. Amnèsia/Memòria represents the two sides of a collective attitude towards the past: intentional and political oblivion, in the face of memory as a way of avoiding the mistakes of the past.

As the artist explains: ‘What are the faces behind these names? Names of men of action. Libertarians. Criminals, according to the Francoist propaganda of the postwar years. Many of them were Catalans. Clever fools who never held a current account in any Catalan bank. All of them internationalists. All of them died in Catalonia. Tireless resistance fighters [...] Ideally, it is the use and/or presentation of the historical sediment in its pure state, as close to that state as possible, that transforms it into art or an inseparable component of the work of art. Thus an iconographic fixation of a fragment of history is achieved, abounding in the fact that there can be no historical awareness without images. Historical consciousness is mainly visual.’ (Francesc Torres. El carro de fenc. Barcelona: Generalitat de Catalunya, Centre d’Art Santa Mònica, 1991, p. 23)

Other works by Francesc Torres 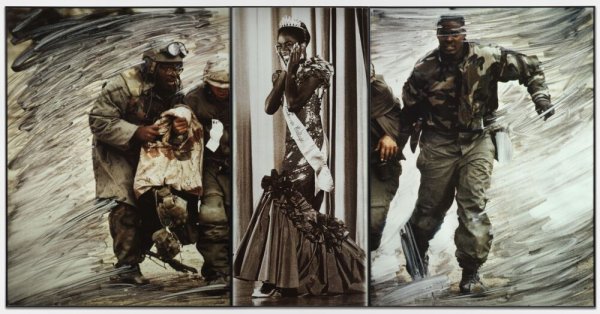 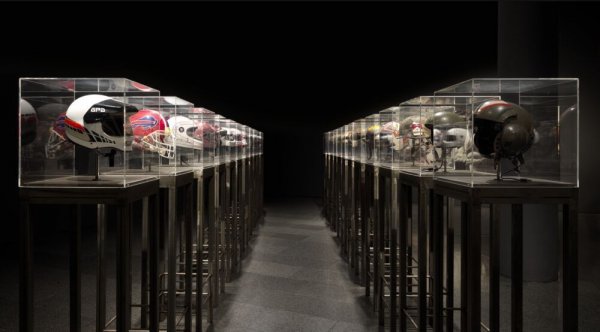 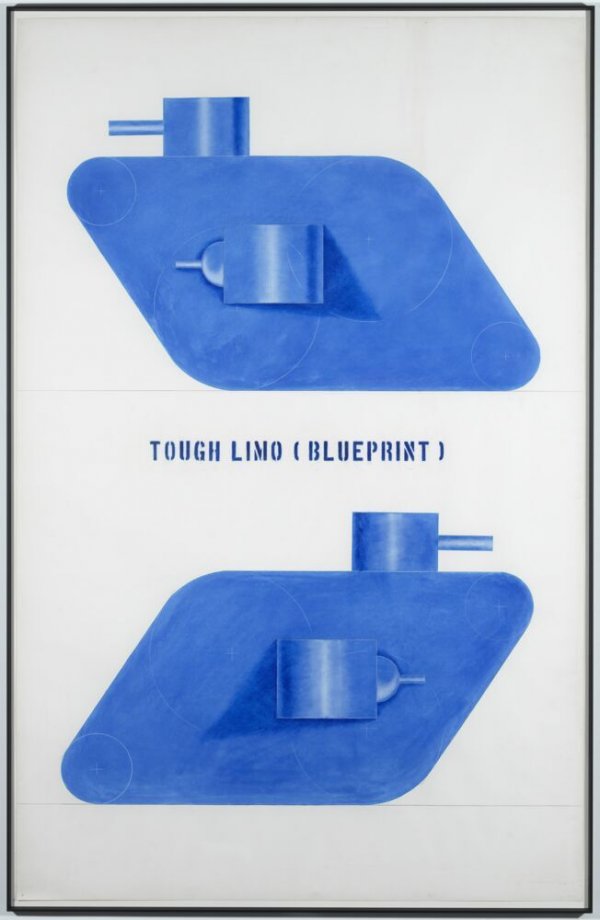 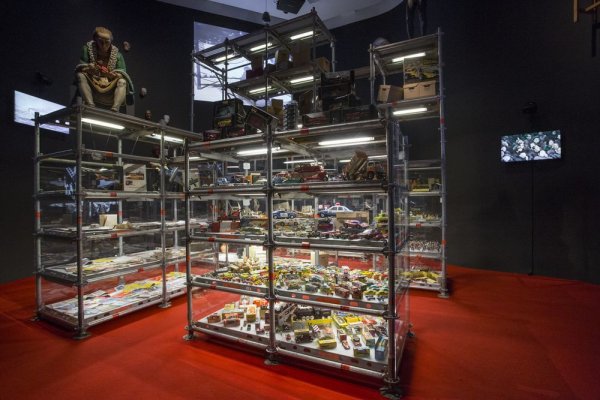