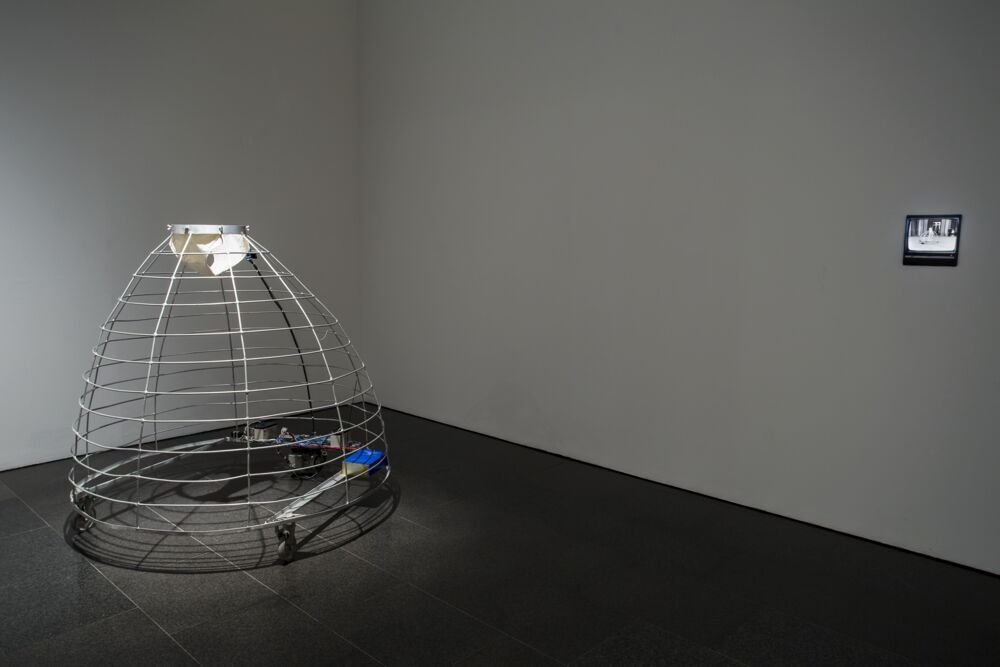 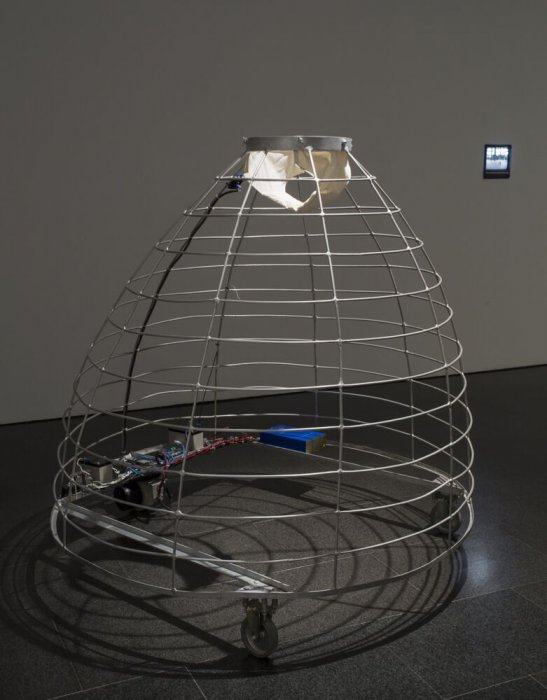 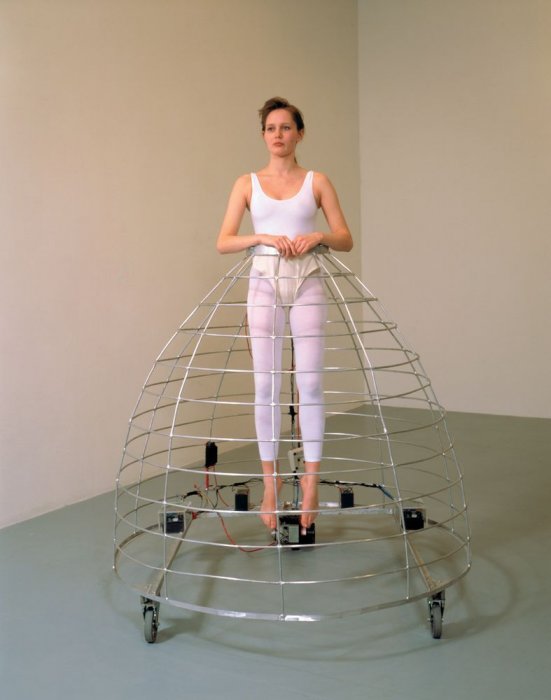 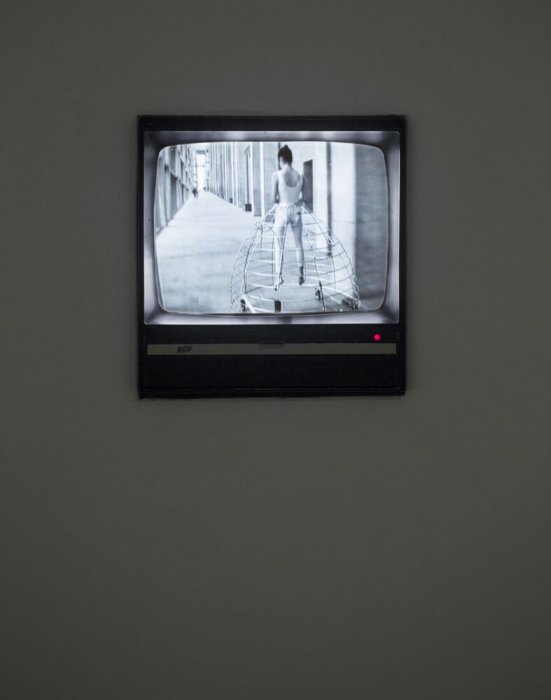 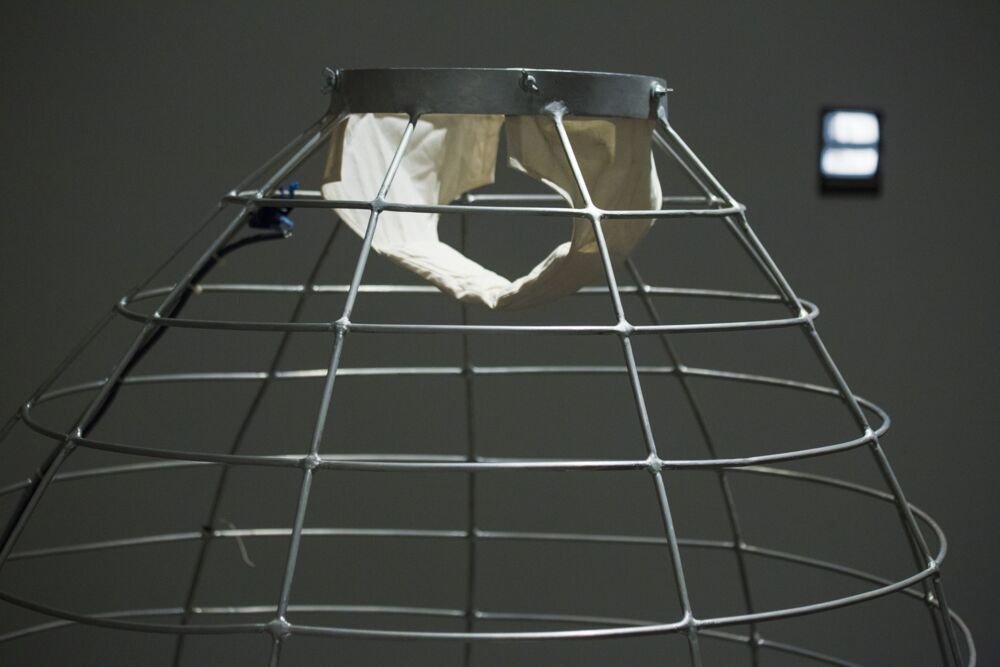 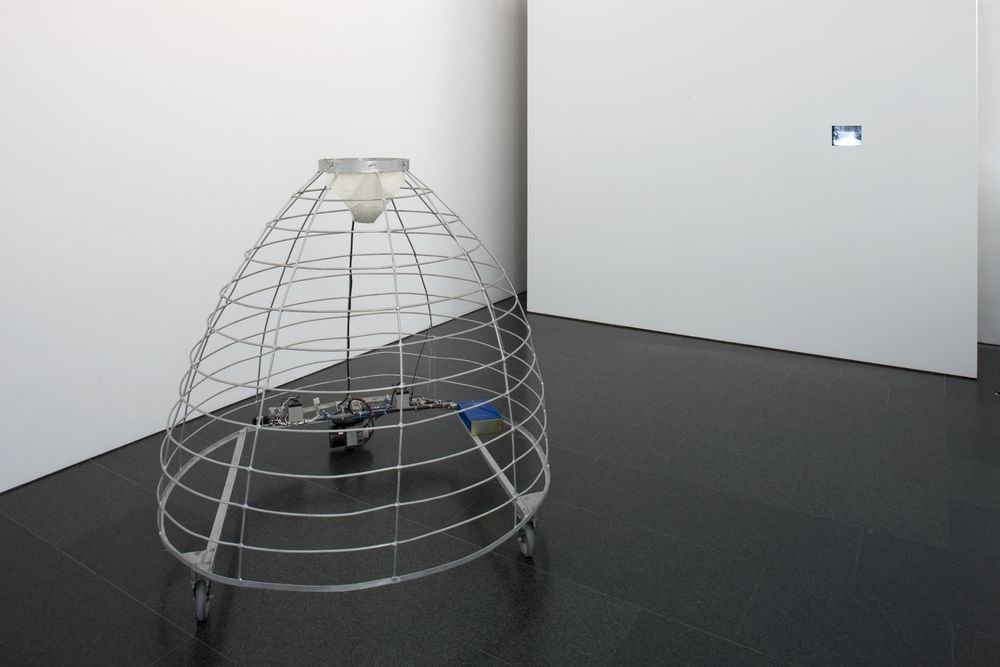 Creating objects, installations and performances, Sterbak's method is a hybrid form that works to destabilize inherited binary constructs such as masculine/feminine, reason/feeling, culture/nature, and body/machine. Her artistic practice additionally seeks to collapse the art historical distinction between the visual and the corporeal, questioning the privileging of the former within the modernist paradigm.

Remote Control II, a crinoline made of aluminium with motorized wheels and a battery, is an artefact from a choreography first performed in 1989. The dancers, lifted up and placed into the crinoline, operated their movements with a remote control but were also randomly manipulated by others, thus creating a "dialectic between freedom and constraint," autonomy and dependency 1. In the 1980s, a decade marked by theories of hybridity, both cultural and technological, Jana Sterbak's Remote Control II does not constitute a utopian act of the ability to craft change through technology but rather subtly plays with the anxiety and technophobia of contemporary cultural forms and the invisible means of (remote) control.

Often referring to myth and tragedy such as Sisyphus and Medea, Sterbak's literary influences include Karel Capek, Milan Kundera and Franz Kafka. Her work at the intersections of the body/machine could be compared to artists such as Stelarc and his development of prostheses for a contemporary condition in which the body is considered obsolete. However, such advanced technological theorization is isolated from considerations of gender and the subtle politics of Sterbak's production. Her 1987 Vanitas: Flesh Dress for an Albino Anorectic explores how the female body is inscribed with cultural meaning through fashion while alluding to the momento mori as an allegory for life's transience through her title: vanitas. This mini-dress made from 60 pounds of flank steak was a provocative and gruesome commentary on women's subjugation and conceptually links Sterbak's work within a genealogy of female artists investigating the politics of representation such as Kiki Smith, Cindy Sherman, and Martha Rosler.

Other works by Jana Sterbak 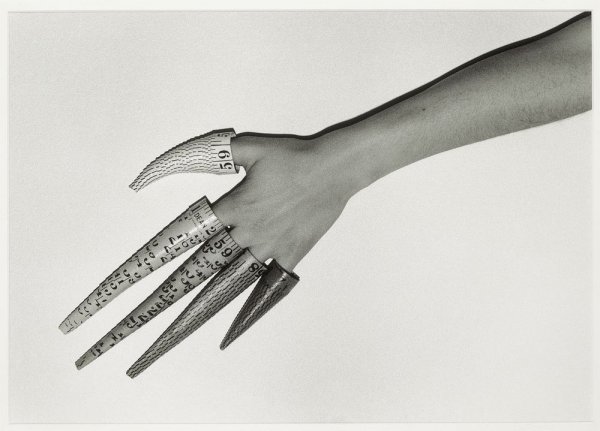