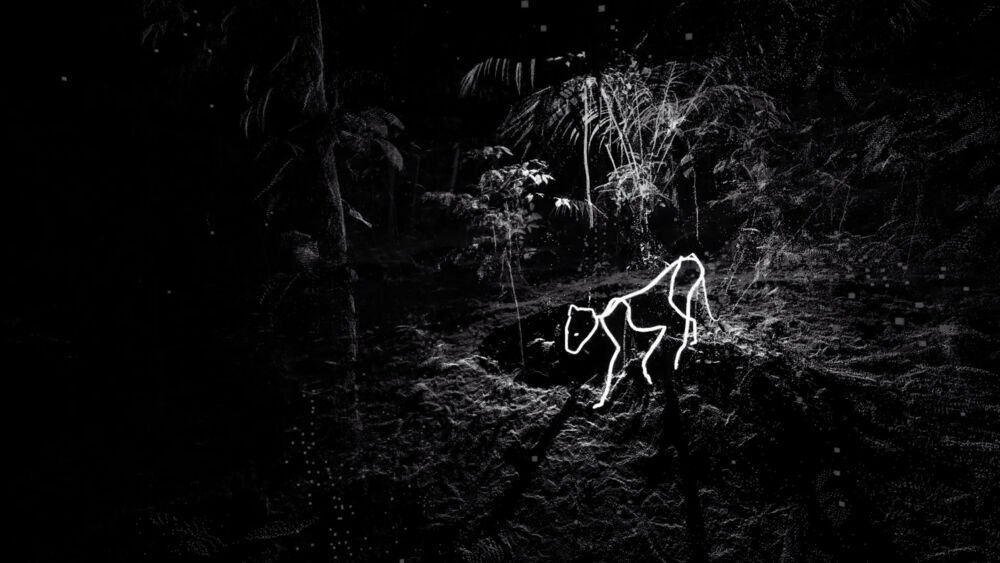 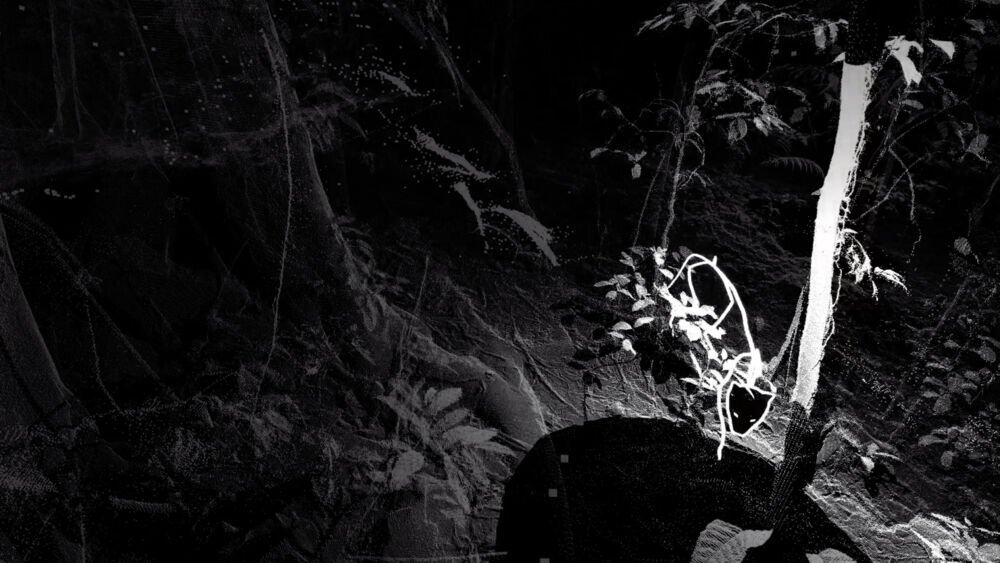 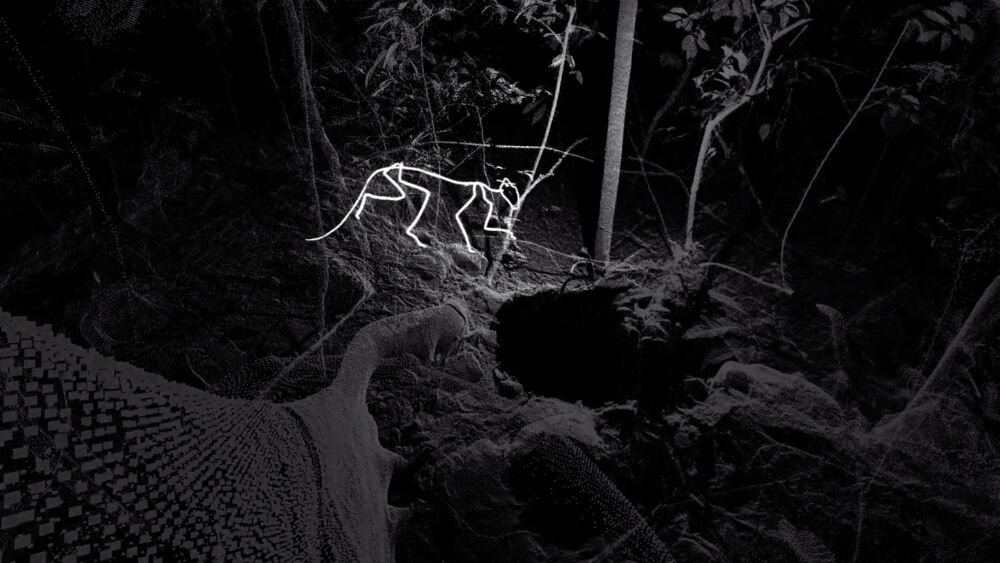 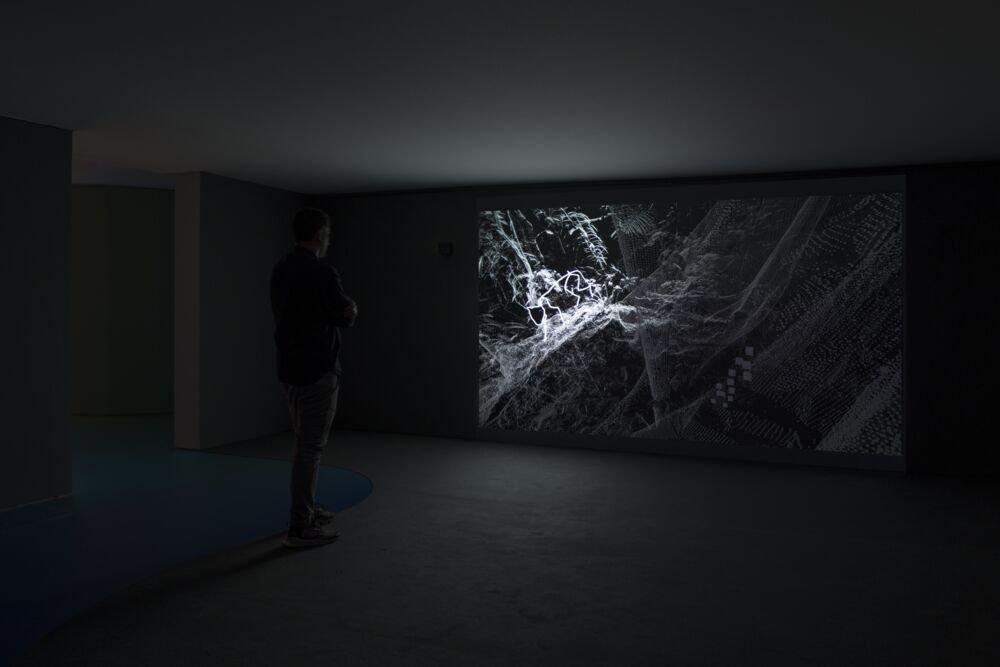 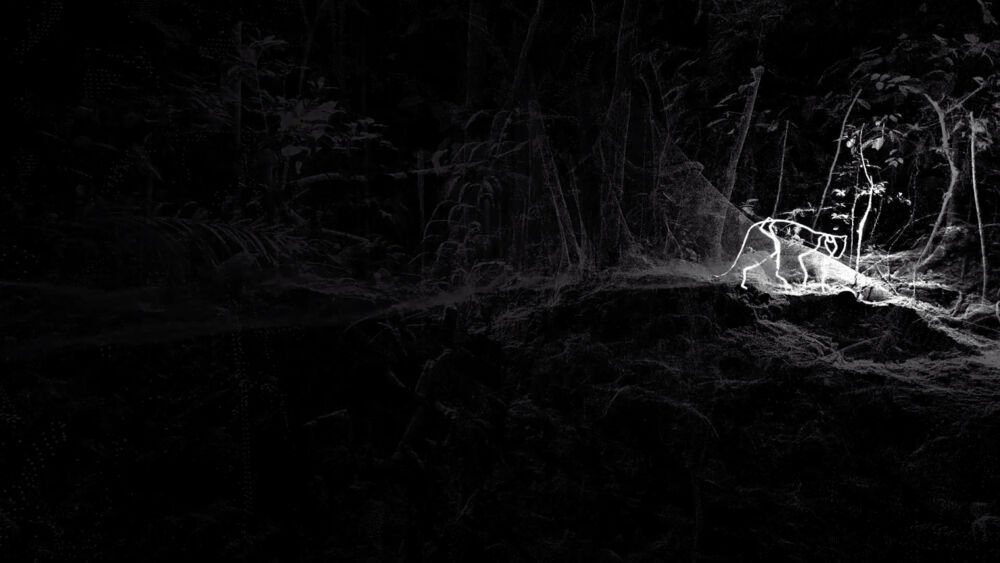 Interested in the interdependence between the organic world and human action, Daniel Steegmann engages with the jungle habitat of his country of residence, Brazil. The dense Mata Atlântica or Brazilian Atlantic Forest was the first habitat encountered by the Portuguese colonialists when they arrived, around the year 1500. Starting from this natural context, and using what, in reference to his videos and augmented reality projects, has been described as ‘organic cinema’, Steegmann builds an online animation of infinite duration. In A Dream Dreaming a Dream, he explores new visual languages through an algorithmic digital animation that changes continuously in real time, or a computer-generated procedural animation, also in real time.

Continuing from a previous work – Phantom (Kingdom of all the animals and all the beasts is my name, 2015) – where, with the help of a tracking camera system, he was able to scan various points of the jungle in 3D, to this digital representation Steegmann superimposes, also digitally, the figure of a panther. While the denseness and exuberance of the foliage and the forest’s multiple organic shapes are outlined by countless tiny white dots, the panther is traced by stark graphic lines that shimmer slightly while articulating its form. A panther that illuminates its immediate surroundings, making the undergrowth more visible, while emphasising the fantasy-like feel of the piece, as if the wandering of the animal through the jungle is nothing more than its own dream. An animal that, when it wakes up, confused and sleepy, stretches and falls asleep again, only to enter a new dream scenario in which it wanders through the jungle once more. True to its title, A Dream Dreaming a Dream links endless dreamlike episodes in a recurring cycle of sleep and wakefulness. A programmed algorithm randomly generates the panther’s actions in real time. As they are not predetermined, but evolve based on the animal's own movements, these actions are always different. On the other hand, the artificial intelligence that gives life to the panther is hosted on a cloud computing server, where the animal roams the forest infinitely, even when the work is not installed anywhere and nobody can access it.

As in many of his works, Steegmann is inspired by the jungle’s indigenous cultures and their own perceptions of their natural environment and their divinities, be they animals, rivers or plants. He is also inspired by the shamanic spirits that guide the Yanomami people, the xapiri. In putting indigenous wisdom and the different processes of knowledge and learning at the service of the artificial intelligence of a computer processor, the artist claims new ways of thinking about nature beyond the human.

Before becoming part of the MACBA Collection, the video was presented at the LOOP Festival in Barcelona in 2021 and a year earlier at the Museo Nacional Thyssen-Bornemisza, Madrid, which produced and screened the work on its st_ge digital platform.

Other works by Daniel Steegmann Mangrané