In 1964 Nancy Spero moved to New York City, where a male oriented art world focused on Abstract Expressionism and a Minimalist aesthetic, continuously ignored her artwork. She distanced herself from these dominating trends in art and abandoned oil painting, which had dominated her production until then, choosing instead to work with more fragile materials. She combined these with raw criticism towards the US government’s involvement in Vietnam, creating works denouncing the horrific us military actions in Vietnam: war images with phallic tongues and phallic bombs used as a metaphor for the obscenity and violence of the male military machine. Aker creating the War Paintings, her ‘personal manifesto against the war in Vietnam’, Spero began to distance herself from contemporary, military themes and to create far more personal works, though no less caustic, based on the late tormented writings of Antonin Artaud.I

Codex Artaud was exhibited in 1973 at the A.I.R. Gallery, the first gallery for women founded by Nancy Spero and other women artists, by then she had abandoned the influence of the French writer and returned to current political themes, focusing, in particular, on the torture and pain of women perpetrated by oppressive regimes and self-proclaimed rulers.

Artaud pronounced one of the most extreme expressions of marginalisation and alienation of the twentieth century. His anger and alienation deeply moved Spero. She found him ‘masochistic and passive despite the violence of his gesture and language’. She appropriated his extreme language, the result of an acute mental and physical suffering, to express and exorcise her own anger and alienation as an American citizen and as a woman artist. It was also a way for Spero to relate to her own pain; in 1960 she was diagnosed with rheumatoid arthritis. She adopted Artaud’s voice because, as she stated, ‘she did not know anything so extreme.’2

The work on Artaud comprises sixty paintings executed in gouache and collage and the vast Codex Artaud composed of thirty-four scrolls. Executed on paper, they are fragile works, at times painfully ephemeral, in which she uses a hybrid form of writing, drawing and collage. Artaud’s text would be written or typed and combined with small painted images, created as an extension of the words. She employed fragile papers that recall Chinese or Japanese scrolls, papyrus and funerary Egyptian paintings, and illuminated manuscripts and tapestries. The format of the scroll and the use of fragile papers combined with collage, images and writing juxtaposed has since become her signature style.

And both artist and activist, Nancy Spero’s career has spaned over fifty years. Her continuous engagement with contemporary political, social and cultural concerns is renowned, taking her to chronicle wars and apocalyptic violence and articulate visions of ecstatic rebirth and the celebratory cycles of life. In her highly personal imaginary, inspired by Greek, GrecoRoman, Medieval, Oriental or African iconography and mythology, the female figure is the undeniable protagonist of her work and has been embodied in a blend of painting, drawing and printmaking, with an acutely focused political and psychological content.

On display
Work on paper (unique) 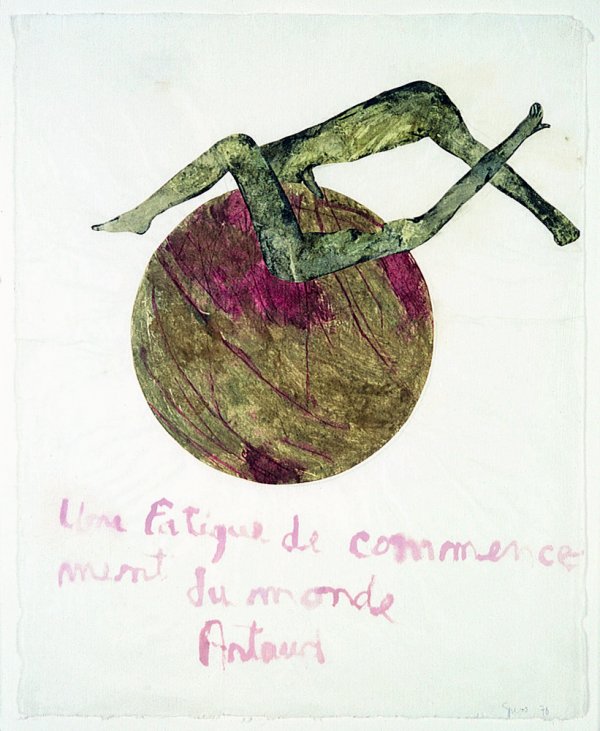 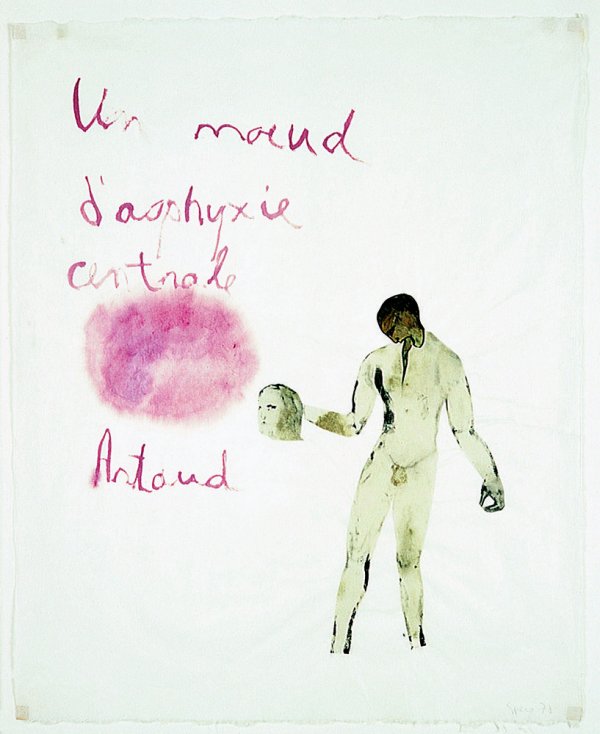 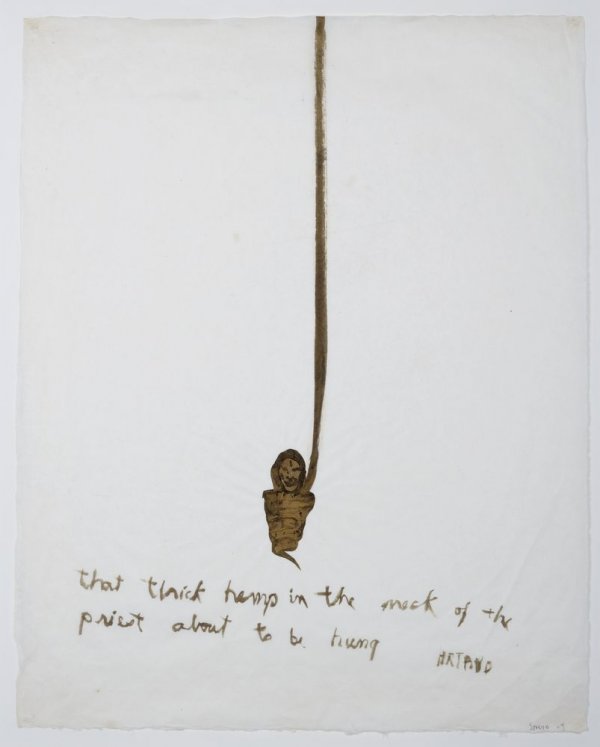 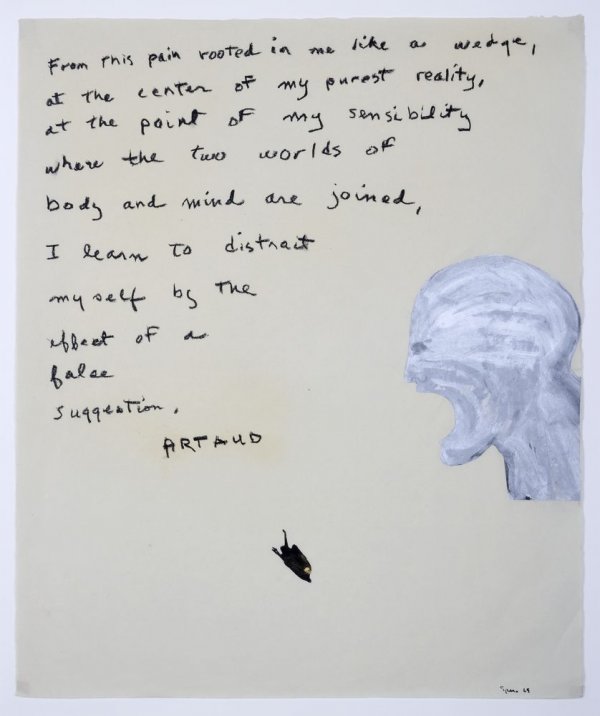 Nancy Spero
Artaud Painting – From this pain...
1969
See all works by this artist →
I don’t think about art when I’m working. I try to think about life
Jean-Michel Basquiat