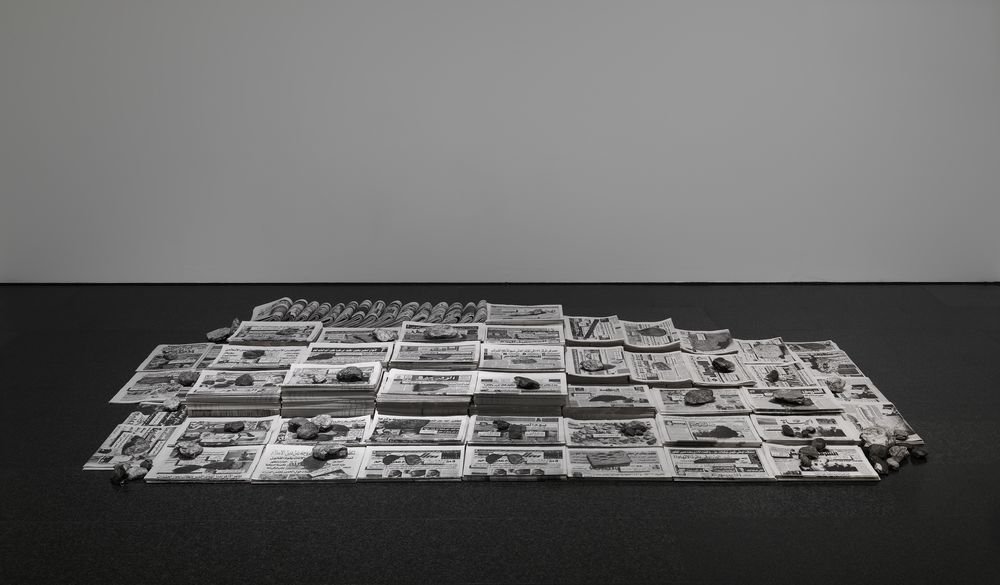 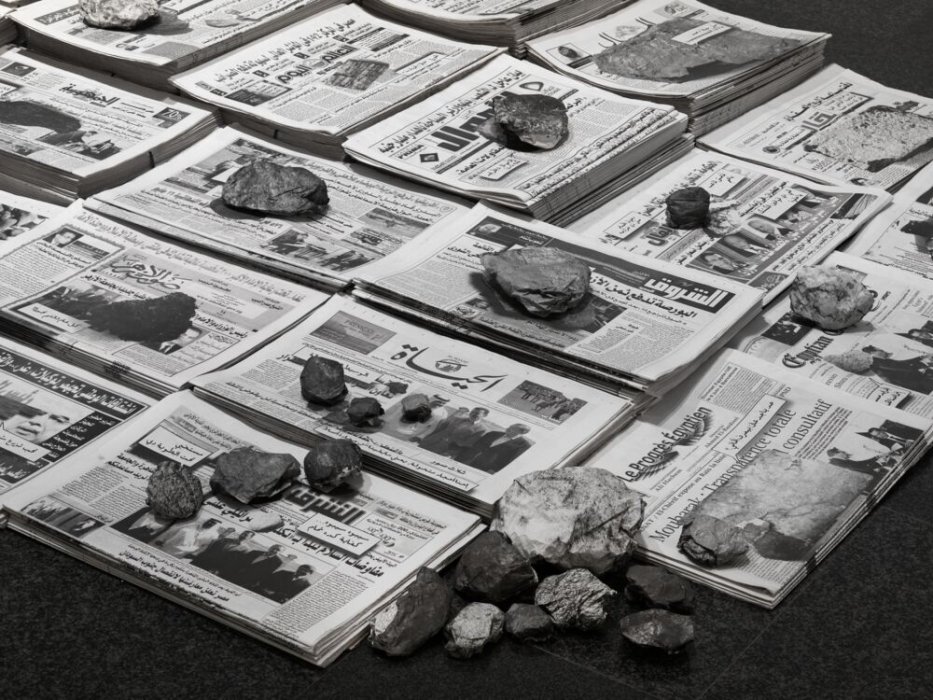 Following a residency in Cairo in 2010, Francesc Ruiz produced Cairo Newsstand and The Green Detour. In line with his usual work practice – known as ‘expanded comics’ – Ruiz uses comics, the press and other media distribution channels as supports for his drawings of pre-revolutionary Cairo and for reflecting on the past and future of the country.

Cairo Newsstand (2010) is a recreation of an informal newsstand typical of the streets of Cairo. Appearing at first as a literal reconstruction of such a newspaper kiosk, the installation is totally manipulated. Including large circulation publications such as The Egyptian Gazette, each pile of newspapers contains sixty front pages of the same paper and from the same day. As seen on Egyptian newsstands, the piles are held down with stones, which act as paperweights, yet here they are made of cardboard and have been produced by the artist himself using newspaper print. On the front pages – replicas of real publications – Ruiz superimposes the typical speech bubbles of comics to give an uncensored voice to politicians and other public figures with sentences from popular culture or political allegories. As in a kind of trompe l’oeuil that gives visibility to the public space, the artist formulates a critique of the government and socio-political situation of this North African country.

The Green Detour (2010) is a comic or serialised photo-novel featuring the adventures of four of the most popular characters in the history of Egyptian comics, a history marked by censorship. The story, printed in green ink and meant to be read from right to left as in Arabic, narrates the misfortunes encountered by these characters in Cairo, while searching for the first bookshop in the country specialising in comics, a task that never comes to fruition. Removed from their original fictional contexts and forced to wander the real streets of Cairo, they attempt to trace their own heritage in the streets of the city: Tintin (and his complicity in Hergé’s Orientalism), Donald Duck (Disney’s most popular icon in Egypt since its translation into Arabic in the late fifties), Samir (the eponymous star of the first indigenous comic strip published in Egypt) and the Crushed Citizen (a scrawny and demoralised government drudge who appeared in the comic book Flash until it was banned by the Mubarak regime in the 1990s). The four characters enter the Egyptian Museum where the Crushed Citizen finds himself swept up in a demonstration of fellow oppressed workers in nearby Tahrir Square. Two months after the creation of The Green Detour, the square became the epicentre of the 2011 revolution.

During the first presentation of the work in Cairo, the first volume of The Green Detour was available for consultation in the exhibition space of Contemporary Image Collective, but to read the remaining chapters people had to follow the instructions given in the story by the characters, which guided the audience to the next distribution points in different parts of the city. Combining visuality and discourse, spontaneity and intellectual register, intrigue and critique, the artist manages to remove those comics from their original and socially popular context and turn them into social commentators.

Other works by Francesc Ruiz 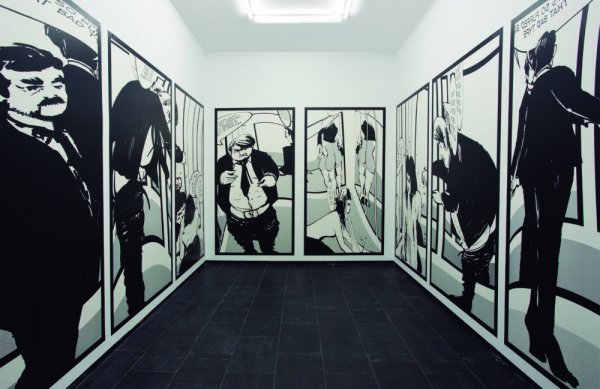 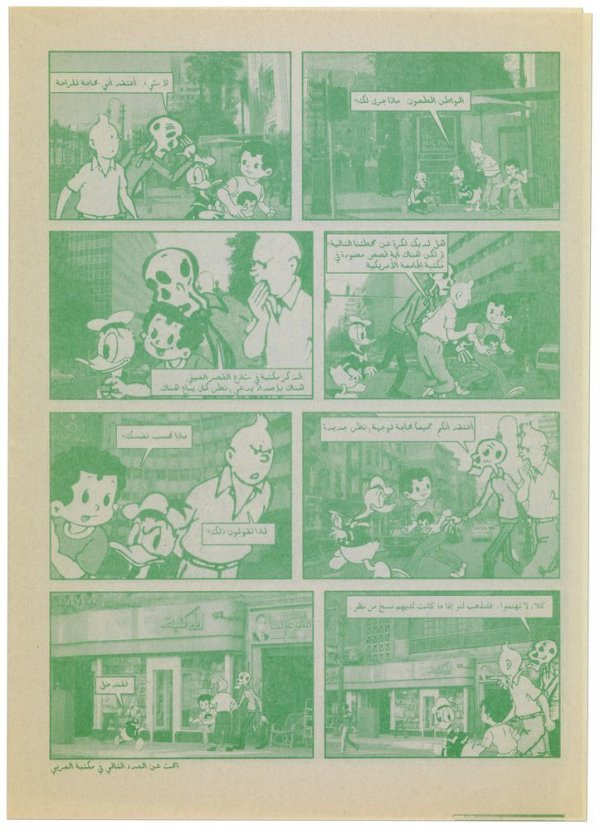