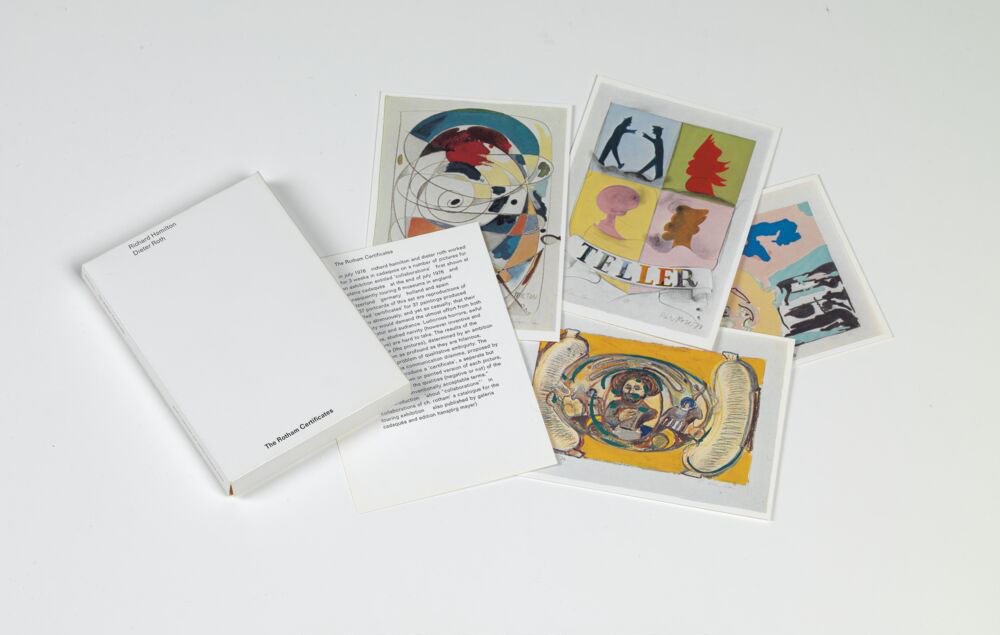 The lively and professional cooperation between Dieter Roth and Richard Hamilton gave rise to many artistic projects, known generically as Collaborations. Many of them were the result of Hamilton’s stay in Cadaqués, where Roth would visit him. Suite Two. The Rotham Certificates is one such work. The title combines the first three letters of the artists’ names: Rot and Ham. It was made in July 1976, when the two artists collaborated on the same works for three weeks in this Costa Brava town, where they were preparing for their first exhibition, Collaborations, at the Galeria Cadaqués. This opened at the end of July, later touring to Great Britain, Switzerland, Germany, Holland and elsewhere in Spain.

The work consists of 40 postcards that are stored in a white cardboard box. They have an accessible language and tone that is both ironic and playful and which was typical of the collaborations between Roth and Hamilton. Three of the postcards contain a text that explains the work in Spanish and German, and 37 are colourful drawings that reproduce, and thus provide provenance, for the 37 paintings that made up the exhibition. As explained by the artists themselves in the text that introduces the work: ‘The 37 postcards of this set are reproductions of the so-called “certificates” for 37 images produced with such effort and at the same time so casually.’ According to the artists, the difficulty of interpreting the paintings in the exhibition made them consider the need to generate a kind of ‘certificate’ that translated them into more visually acceptable terms. ‘The grotesque horrors, the terrible sweetness and the studied ingenuity (inventive and in any case provocative) that make assimilation so difficult. The results of these interactions (the pictures), caused by a desire to make them as profound as they are hilarious, raised a problem of qualitative ambiguity. The solution to this communication problem, proposed by Roth, was to produce a “certificate”, which consists of a separate, painted or drawn version of each of the works, which supports the “original” qualities (negative or not) in terms that are conventionally acceptable.’ 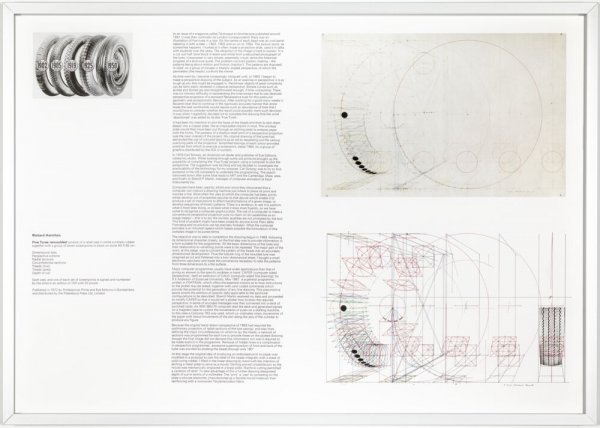 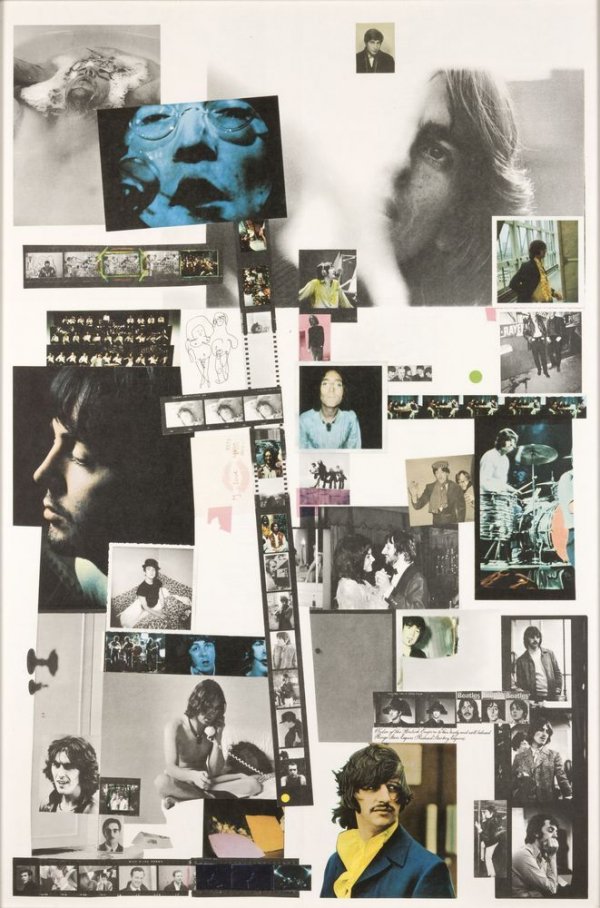 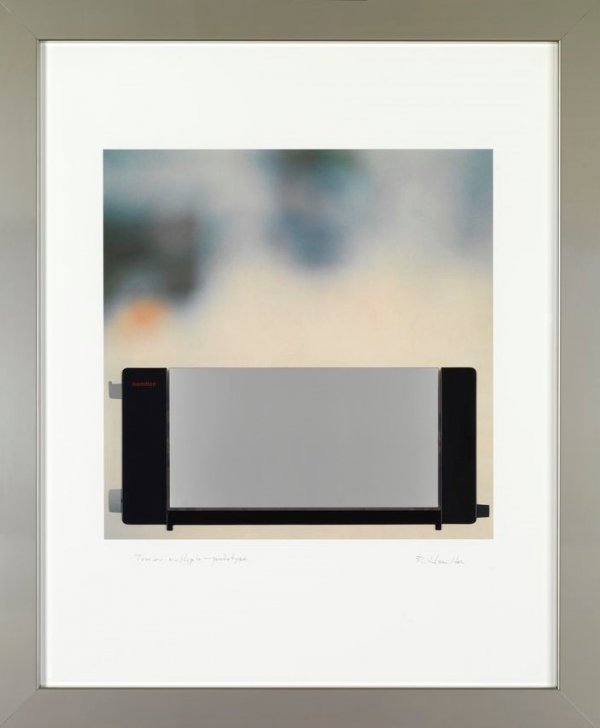 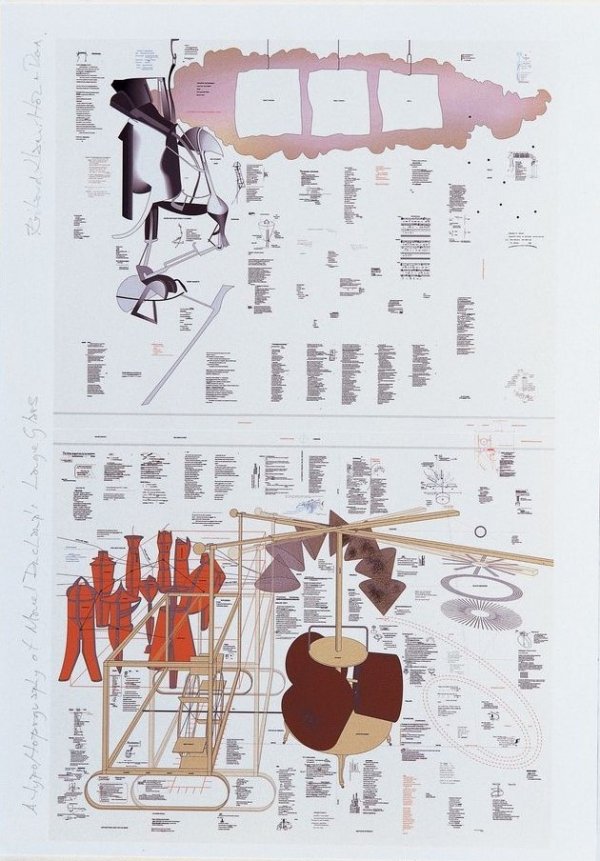 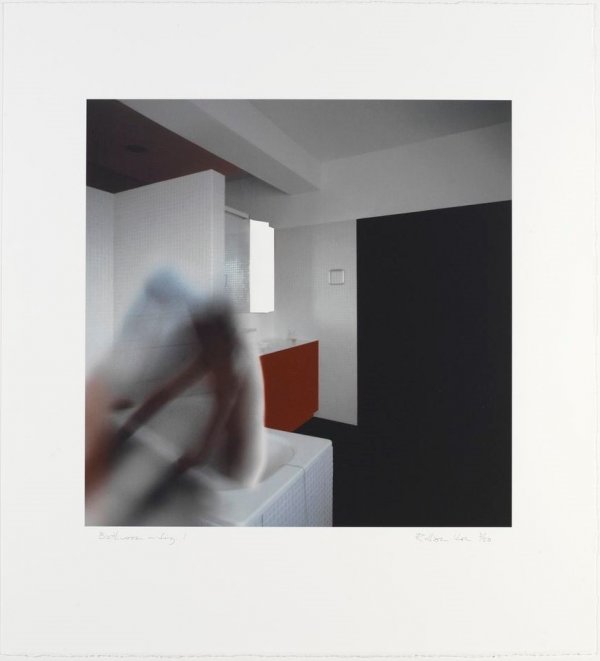 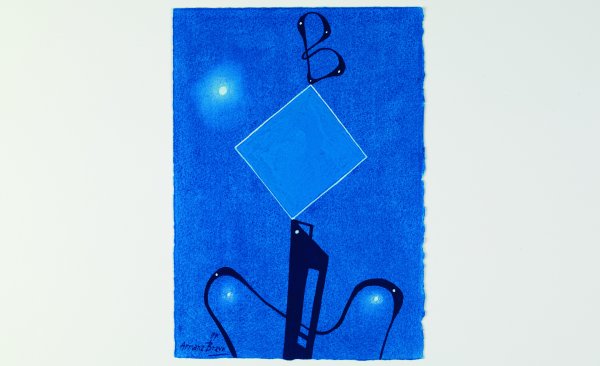 Richard Hamilton
Sense títol
1997
See all works by this artist →
A single image can bear witness to the past and anticipate a foreseeable future.
Ignasi Aballí