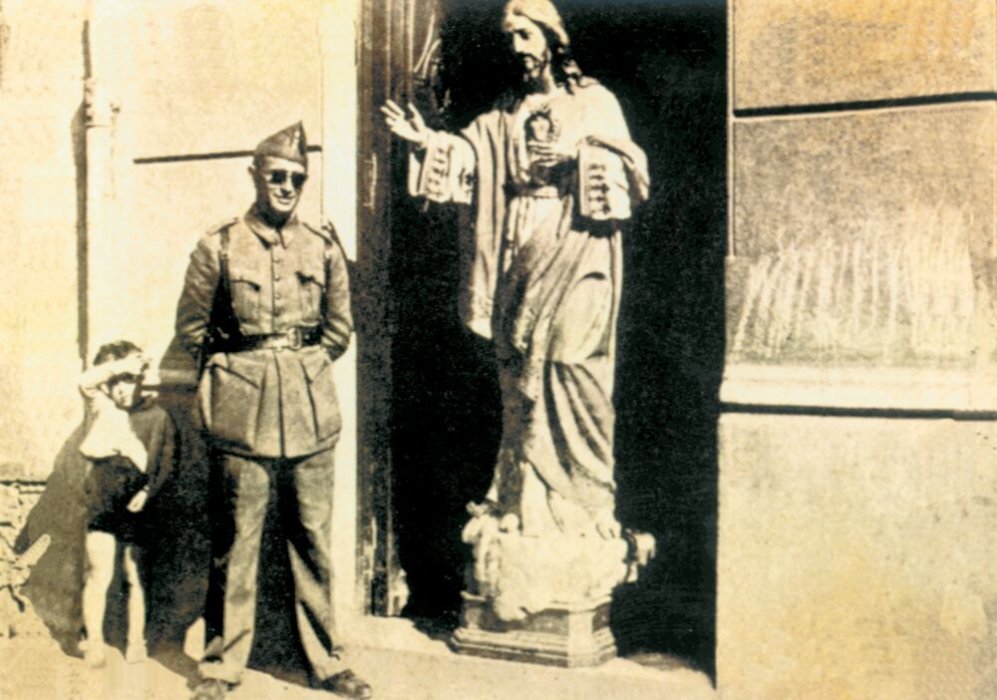 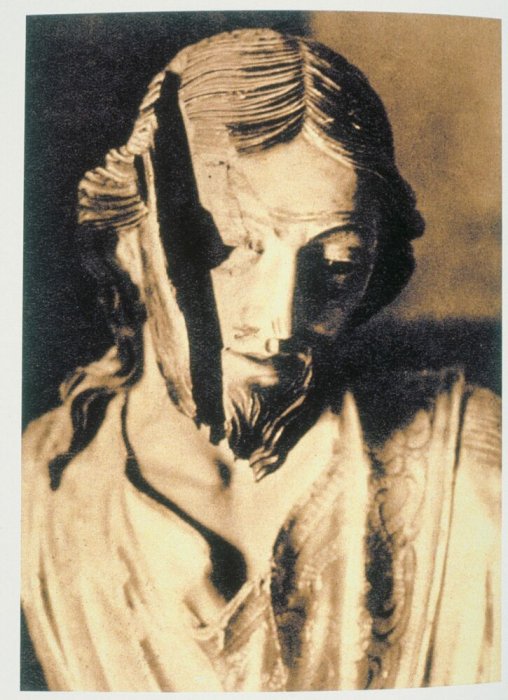 “The main body of the Archivo F.X., is made up of photographic and cinematographic images that show shattered sculptures, slashed canvases, burnt rooms, churches dismantled stone by stone... portraits, caricatures and emblems of nihilism. To establish the plans for a possible development, a series of indices classify these images taking as a model for the Thesaurus the names of styles, movements, magazines, artists and works that have come to be known as modern avant-garde. The rest of the documents are texts and images that help both to date the historical event, the iconoclastic action, and to underline the connection between the documentary image and the term that, in this archive, names it. Thus, there are successive clarifications of the action, the image or film and the photographer or camera operator who captured them together with the political, propagandistic and documentary details of the images. In addition, the literatures, pamphlets, fantasies and mythologies that these documents have generated are brought together and philosophical, aesthetic and scientific reflections are offered that have served either to justify these actions or to question them. Also included are more general reflections that, often, share a genealogy with the terms used to designate within the archive. The archive also contains texts from the movements, magazines or artists that form its table of contents, especially all those that effectively marry with the image named.”

Pedro G. Romero has been working on the Archivo F.X. project since the late ‘90s. As he himself describes it, the archive takes the form of a collection, constantly being added to, of different materials that document cases of iconoclasm lived in Spain during the period around the Civil War. The materials are classified in a Thesaurus in which each image is related with a concept, an artist or a category from the history of art. In this way a formal relationship is established, a play on words, between the image of iconoclasm, the result of the destruction of a pre-existing image, and the visual culture acquired through the avant-gardes and contemporary artistic movements. As Pilar Parcerisas explains when referring to the materials of the archive that deal with the Setmana Tràgica (The Tragic Week) in Barcelona: “Pedro G. Romero acts according to this method of relational similitude on various levels. On one hand, the image of the old postcards, landscapes of devastating iconoclasm. On the other, there are the present-day photographs of the places where the events took place. And there is even a third level, on which the various categories from the history of art, in the form of a Thesaurus, are related, also for similitude, with the old image of the postcards and the site as it is now. Each place, each image has its reference or artistic reading (De Chirico, Acconci, Secession, Steiner, Torres-García, Salvat-Papasseit, Sant’elia, Klein, Matta-Clark, etc.).” Parcerisas continues: “With this work, Pedro G. Romero sets in motion the gears of a kind of total art that has its roots in the time machine, recovering the original nihilist sense of the artistic avant-garde that shook the mechanisms of art, a machine célibataire that gave rise to a new concept of beauty and poetry. In the configuration of these machines, we should not forget the psychological-philosophical-aesthetic connections established between Roussel, Duchamp, Benjamin and Warburg as the machinery of modernity, nor other nearer keys to interpretation (...). Romero, at the same time, questions the task of the artist in this era of technical reproducibility and constructs an image of thought in the style of Benjamin, without renouncing – and this is even more difficult – the representational nature of art.” (1)

In short, the archive, clearly related to Mnemosyne by Aby Warburg, Passagen-werk by Walter Benjamin and Document by George Bataille, is conceived of, then, as a political tool. It is an instrument with which to work the rough terrain of nihilism with the aim of making it more productive. In this sense, the concentration on iconoclasm – destructive in terms of anti-sacramental politics, constructive in terms of the visual constructions of the modern project - responds not only to a methodology of indexing but also to a political desire to introduce critical elements into the very heart of nihilism. A eulogy to profanation that aims to return to nihilism its original sense, that of being a tool that gives back things to the common use.

The archive can be consulted on-line at any time. For its display in the form of an exhibition, G. Romero specifically adapts the archive for the location in which it is to be exhibited, making partial selections of material and working specific aspects of the iconoclastic actions.

The MACBA Collection contains various materials belonging to the Archivo F.X. project. The list below indicates, on the one hand, the group of works that are for exhibition, and which visitors may see periodically in the exhibition rooms of the Museum, and on the other, the documentary material ceded by the artist to MACBA, much of which can be consulted in the library.

Hojas de Libre Circulación nº 1, 2, 3
MACBA. Antagonismos. Casos de Estudio.
Publication of sheets in A3 format. They are presented to the public arranged in a pile and are free to visitors. Barcelona, 2001

Hojas de Libre Circulación from num. 4 to num. 14
Publication of sheets in A3 format. They are presented to the public arranged in a pile and are free to visitors.
Reg. 2558

Recorrido F.X.
Guide for the anti-globalisation march called by the Seville Social Forum.
A4 Flyer, Seville, 2002. 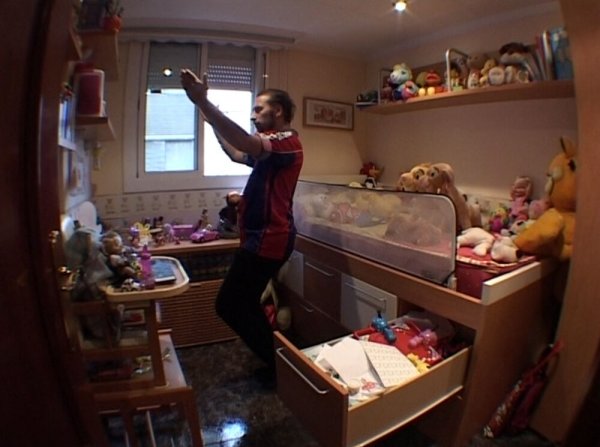 Pedro G. Romero
Ediciones completas de Pedro G. Romero
1989-2000
See all works by this artist →
I believe an artwork should leave the viewer perplexed, make him reflect on the meaning of life
Antoni Tàpies