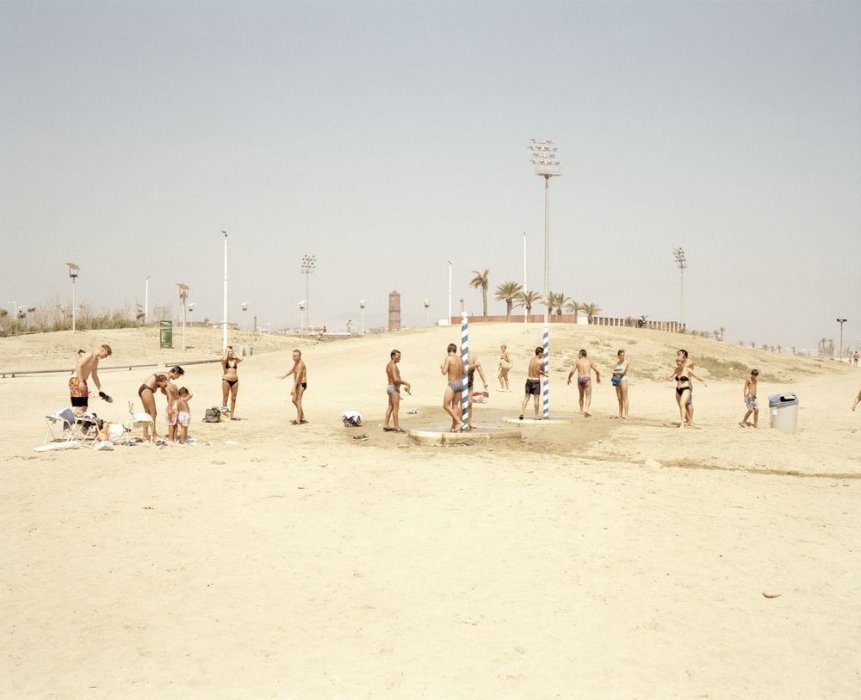 LC (2002-2003), another photographic installation, documents the neighbourhood of La Catalana (hence the title) in Sant Adrià de Besòs, which grew between a power station and the La Mina neighbourhood and is dissected by the A19 motorway, the railway tracks, the Besòs river and the coastal ring road. In 1859, an urban plan had envisaged a huge urban park (a forest) on the right bank of the river, but the reality has turned out somewhat differently: it has become a blind spot for the authorities, it floods when the water levels rise, the vegetation grows lush in spite of the pollution, and it is a hub for the city's drug dealers. Meanwhile, real estate developers keep it in their sights as they wait for the authorities to evict the few remaining residents. 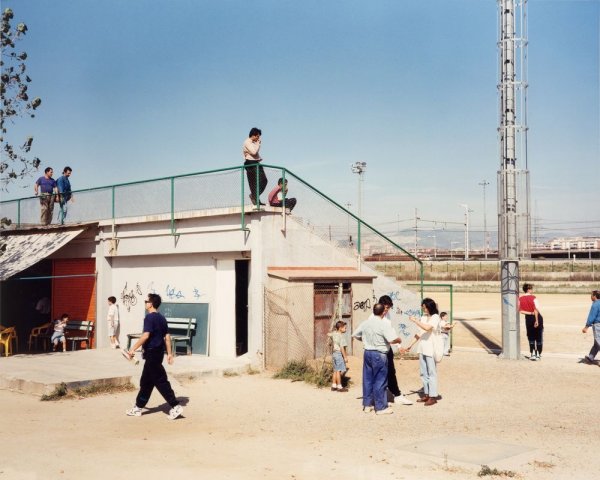 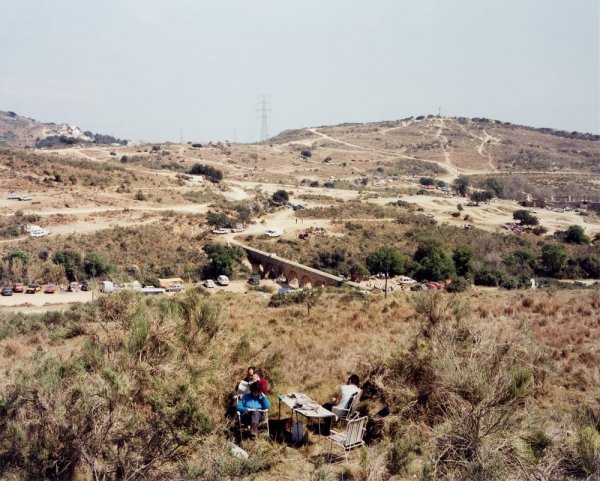 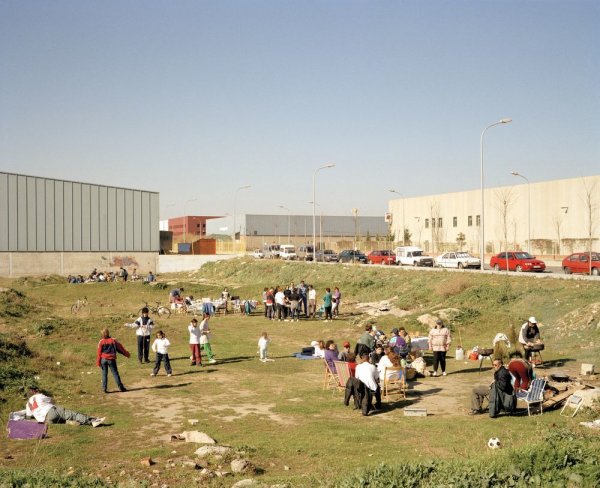 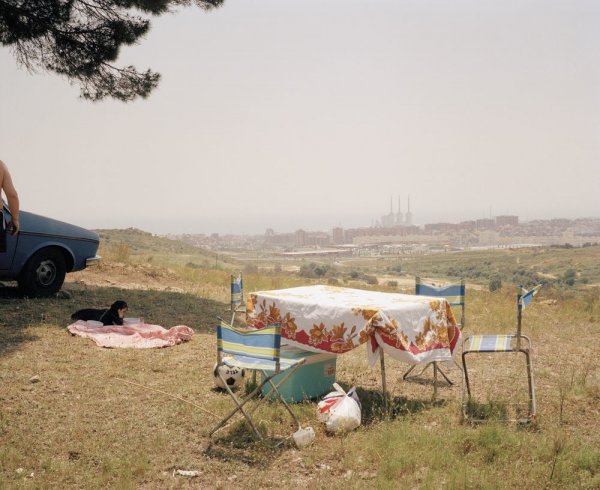 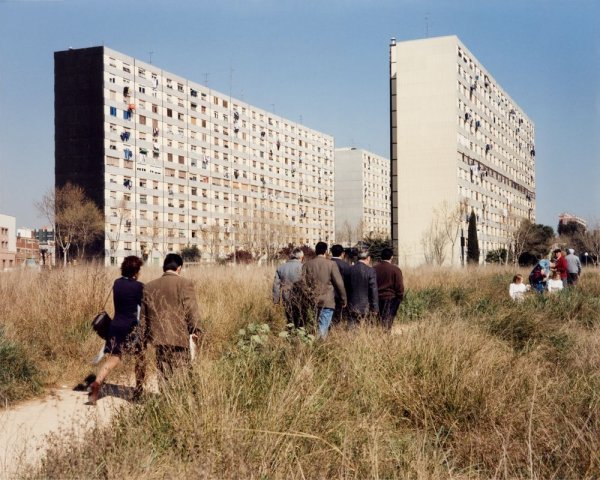 Xavier Ribas
Sin título (Bellvitge). Serie: "Domingos"
1994-1997
See all works by this artist →
I’d really like to think that the artist could be just another kind of material in the picture, working in collaboration with all the other materials.
Robert Rauschenberg