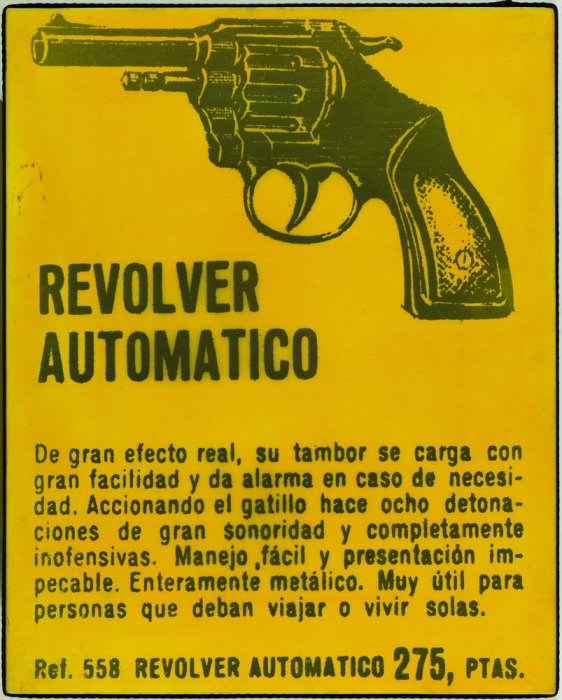 The MACBA Collection includes ten significant works from the series Spain is Different (1973-1982): La voz de su amo (1973), Gol (1975), Cultura (1975), El tiempo (1975), Horario de misas (1975), Clasificación moral (1975), Pistola automática (1975), Revolver automático (1975), Vic: recurre el autor de una mona de Pascua (1975) and Spain is different (1976). The entire series consists of 42 emulsified canvases, two installations, one object, four lithographs and two postcards. It puts forward a caustic vision of the cultural and political situation at the end of Franco’s dictatorship and the beginning of democracy, based around the slogan 'Spain is different’ which was launched by the Ministry of Tourism, then headed by Manuel Fraga Iribarne, with the aim of attracting mass tourism to Spain. The contrast between the idea of opening up the country that goes along with the desire to promote tourism, and the actual situation of the country at the time, is highlighted in the diptychs that the artist puts together using strategically selected images, words and press clippings.

The first work in the series, entitled La voz de su amo (‘His Master’s Voice’), shows a television set from the time, with its screen totally darkened to suggest censorship. There is nothing on the screen except the words 'La voz de su amo.' Spain is different, the work that gives the series its name, consists of a collage of postcards from the period that come together to form an image of the 'bull hide' shape of the map of Spain. Some of the most representative works in the series include television sets, which have always played a key role in Rabascall’s work. In one of them, Cultura, the word ‘cultura’ is printed on a series of soccer balls. In others, Rabascall takes the headline Franco hace deporte (“Franco plays sport”) from the newspaper La Vanguardia, accompanied by an image of the dictator playing golf. Alongside it, he places a press clipping that lists the major companies that invest in the country. While the people were kept entertained by the image of Franco playing golf, foreign capital was taking over the country. Other works reproduce a list of mass times (Horario de misas), a moral classification (Clasificación moral) of the television schedule of films of the time, and newspaper ads for weapons (Revólver automático, Pistola automática). By means of critical contrasts, Spain is different links television and soccer (Gol) and shows the situation of the country through indicators such as the price of admission to museums, the exchange rate of the peseta on the international stock exchange, a list of the musical tastes of young people and positions vacant ads for waitresses. 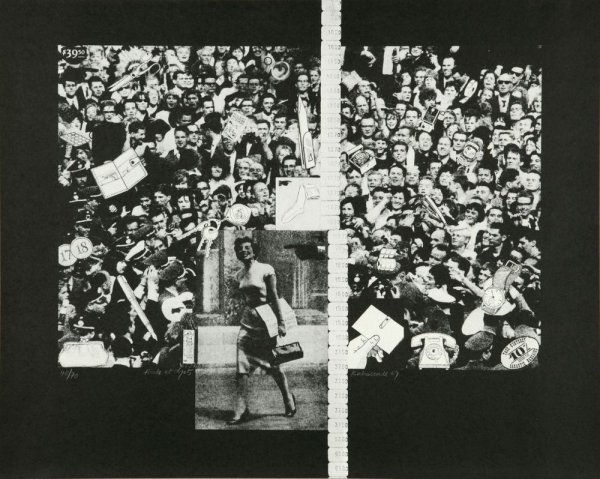 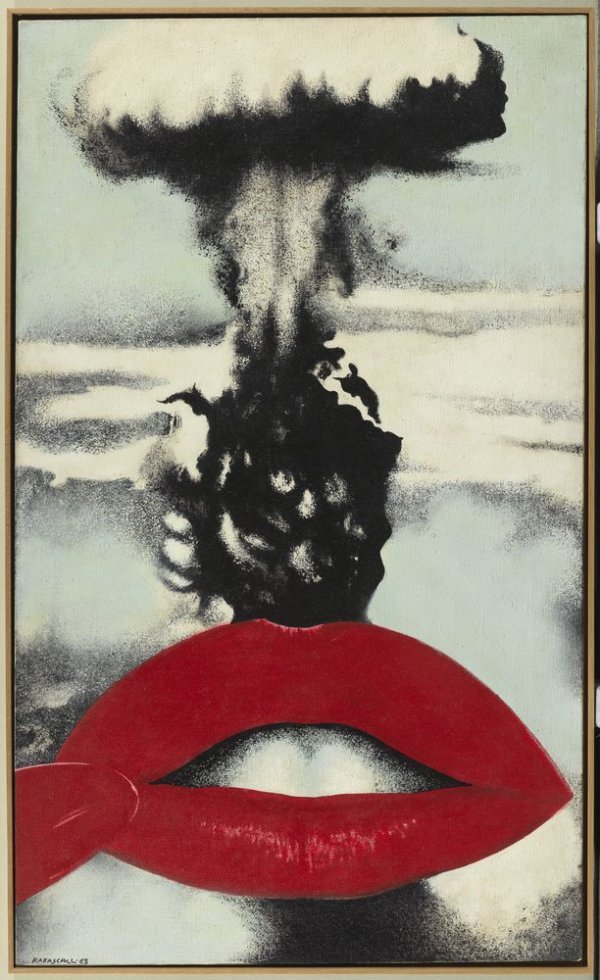 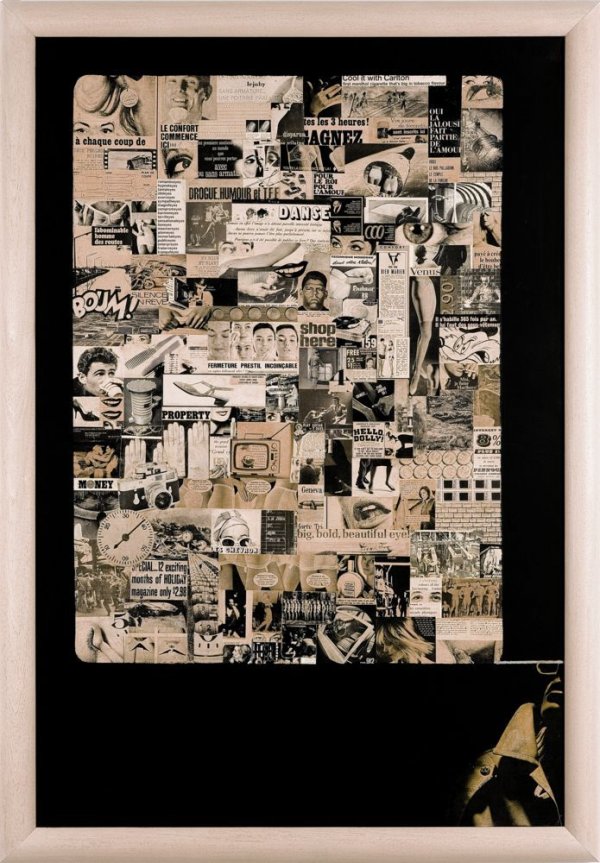 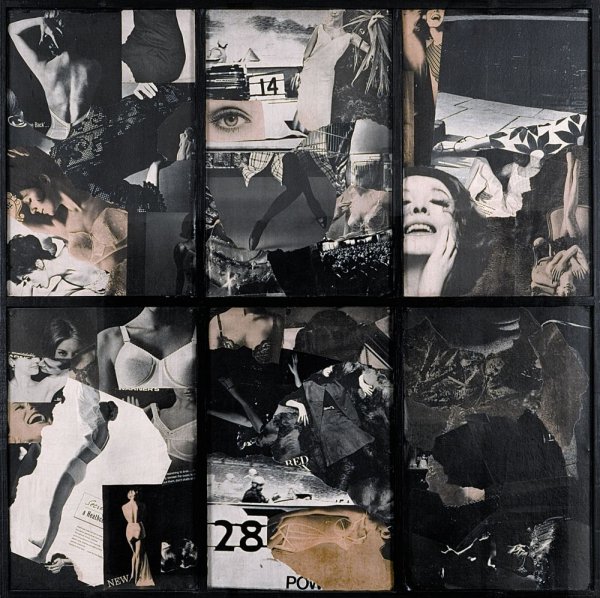 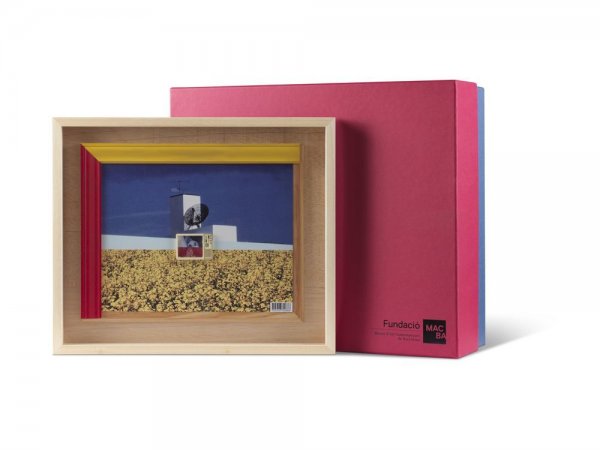 Joan Rabascall
Paisatge TV
2009
See all works by this artist →
I paint as if I were walking in the street. I collect a pearl or a crust of bread; what I find around is what I offer
Joan Miró