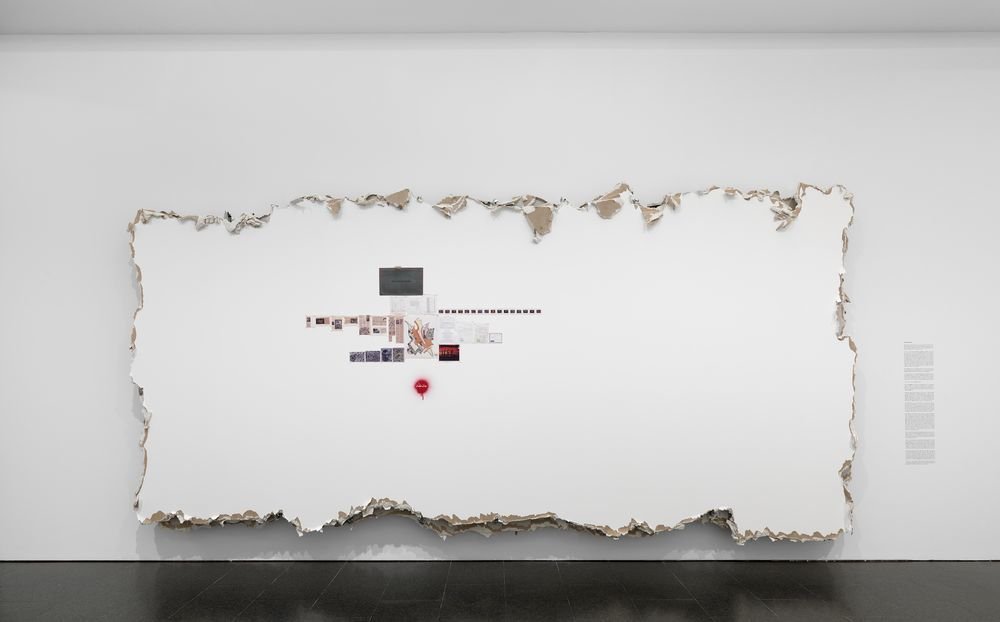 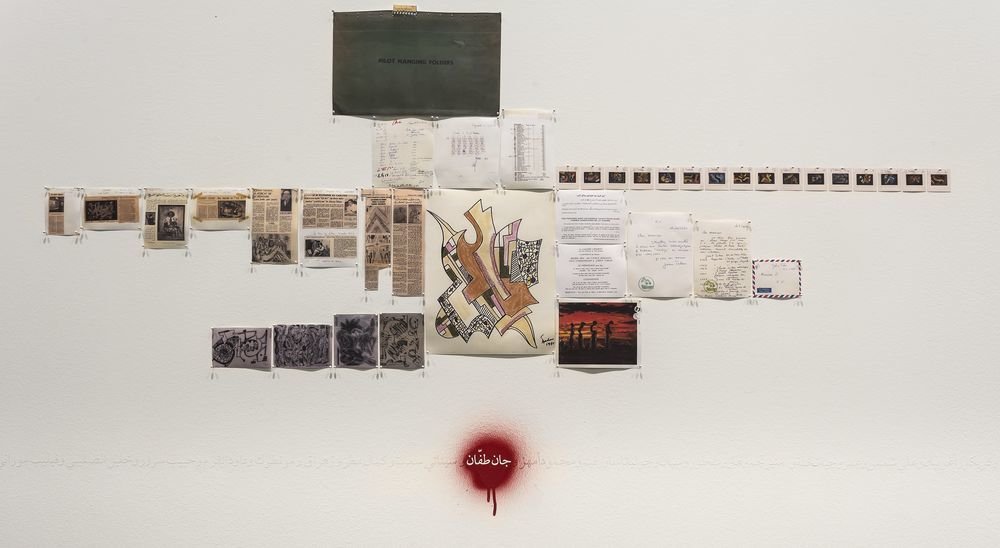 This work is part of a long-term project started in 2007, A History of Modern and Contemporary Arab Art, which includes multimedia installations, sculptures and photographs organised into sections or indexes. The project explores the emerging structures in the field of visual arts in the Middle East, specifically in the Persian Gulf, following the civil wars that lasted from 1975 to 1990. Walid Raad presents himself as follows: ‘In 2007, I initiated an art project about the history of art in the Arab world. My project leans on the recent emergence of large new infrastructures for the visual arts in the Arab world. These developments, when viewed alongside the geo-political, economic, social and military conflicts that consumed the region in the past few decades, shape a rich yet thorny ground for creative work. The artworks and stories I present with this project were shaped by encounters on this ground with individuals, institutions, economies, concepts and forms.’ (www.scratchingonthings.com).

If in the contexts of Europe, America and Asia, art has become a significant cog in economic growth, it is necessary to see how this actually fits in the Arab world. For his theoretical basis, Raad borrows reflections on forgetting tradition from one of his references, the Lebanese essayist, film theorist and video artist Jalal Toufic. In A History of Modern and Contemporary Arab Art he includes photographs, festival and gallery catalogues, art publications, museum proposals, an index of artists and heterogeneous data on the art market in the Middle East on a white wall that simulates a broken wall. The first presentation of the project took place in 2008 in the Sfeir-Semler Gallery in Beirut. Subsequently, specific sections and installations of the work have been presented in Hamburg, New York, London, Como, Los Angeles, Paris, Sharjah (UAE), Brussels, Berlin, Vienna and Kassel (Germany).

The MACBA installation presents painters and sculptors who worked in Lebanon during the twentieth century. A History of Modern and Contemporary Arab Art: Part I_ Chapter 1 (Beirut, 1992–2005): Index XXVI, Artists, Broken Wall-Johnny Tahhan contains the names of over 950 artists from Beirut during the last hundred years. The names were printed on white vinyl on a white wall in a long straight line of 22 metres. Above, Raad places a collage with press cuttings from the time where some artists and other elements appear, with a special emphasis on Jean Tafan or Johnny Tahhan (born in Egypt in 1930 and died in Beirut in 1989), as already indicated in the title installation. Raad incorporates letters signed by this artist, who spent many years in a wheelchair, recovered illustrations, press cuttings, slides of his works and other items. The name of Jean Tafan is written in Arabic script in red.

As for the list of names that runs along the wall, the fact they have been printed in white on white makes them formally appear and disappear from the wall and, conceptually, refers to a supposed telepathic communication with the information we receive from the past. Walid Raad explains that the artists of the last hundred years have been sending these names to him by telepathy.

Print file Request image of the work
Share
A single image can bear witness to the past and anticipate a foreseeable future.
Ignasi Aballí