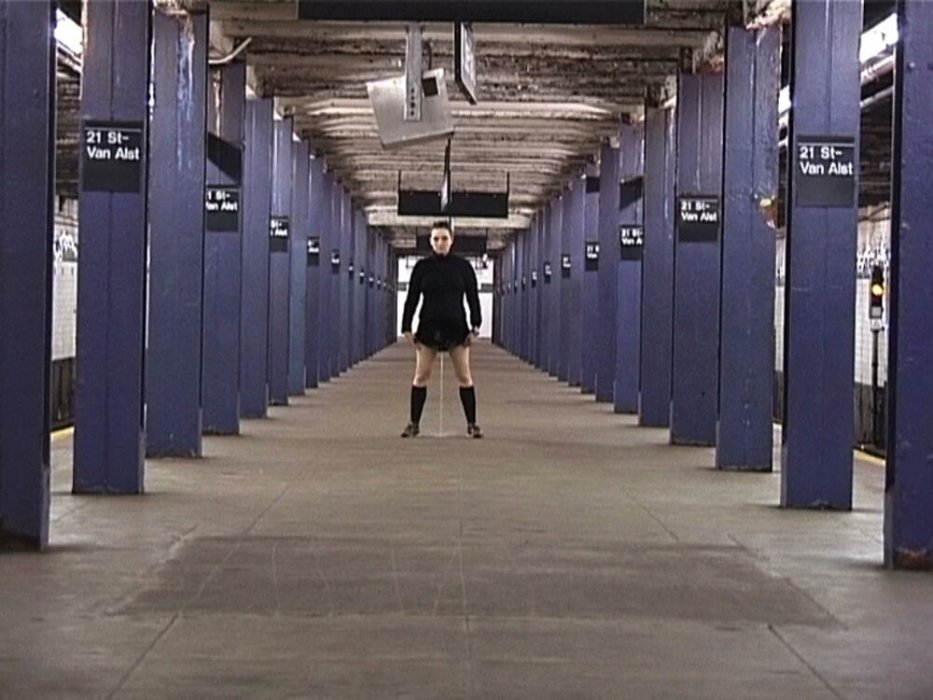 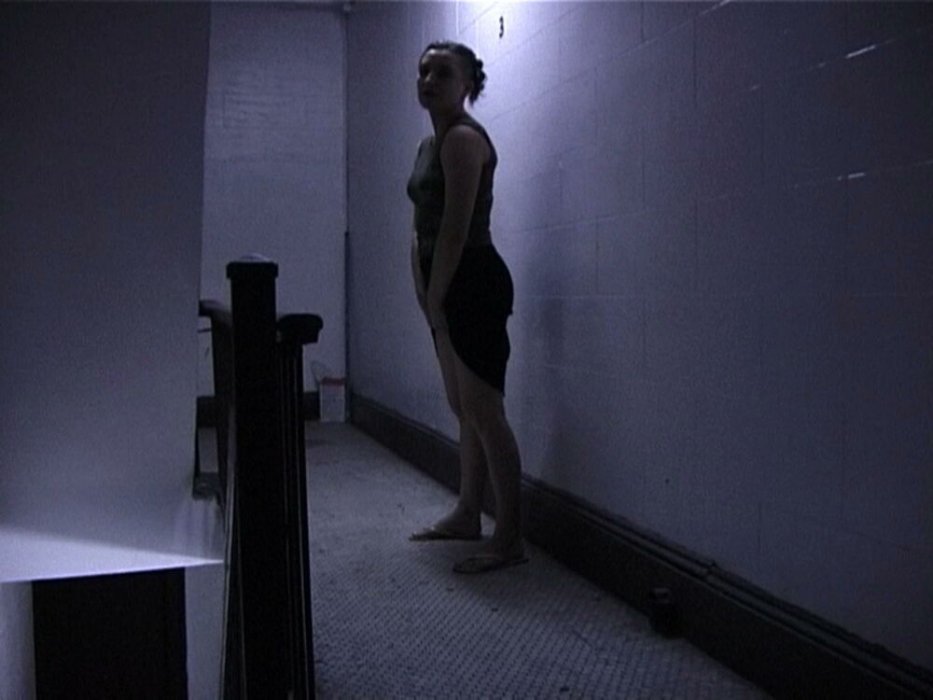 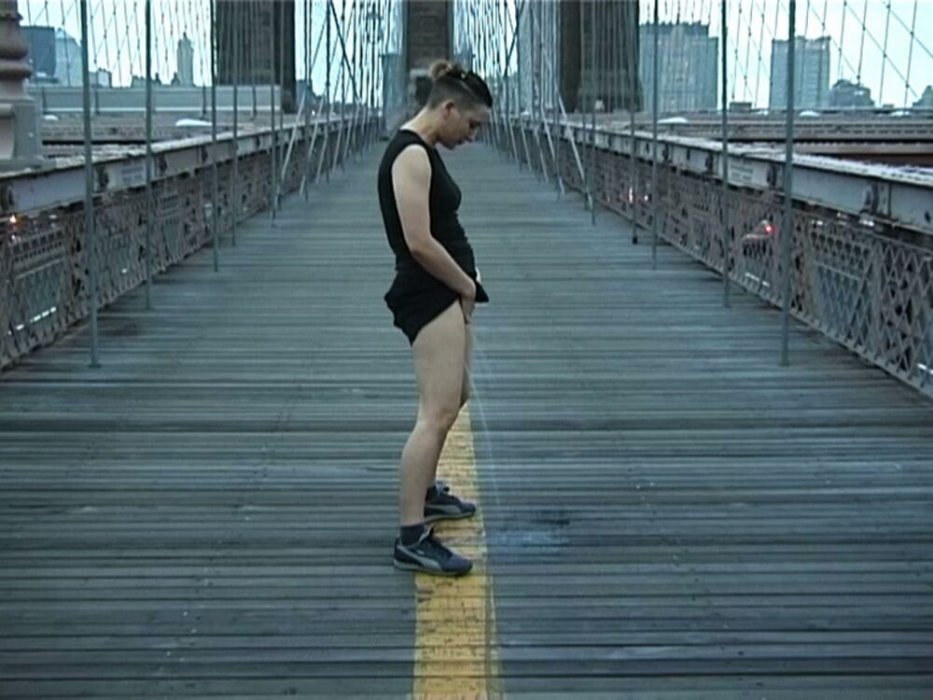 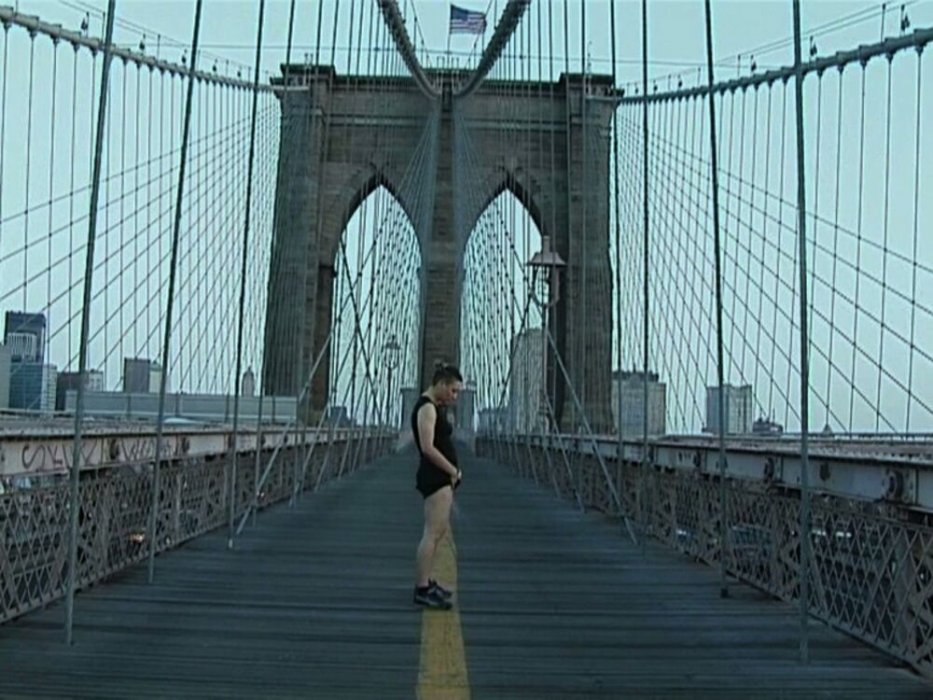 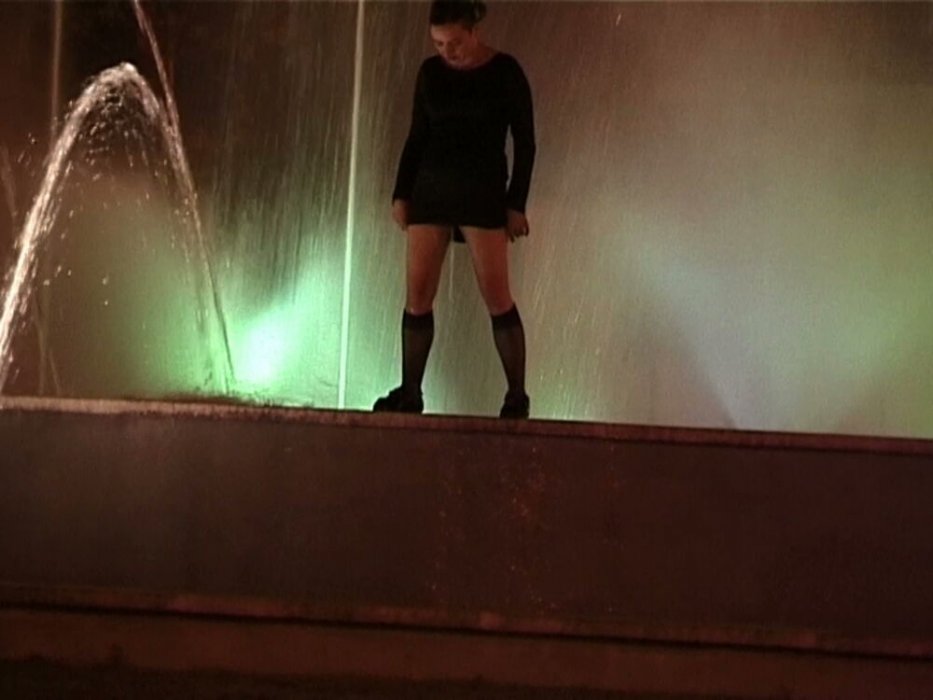 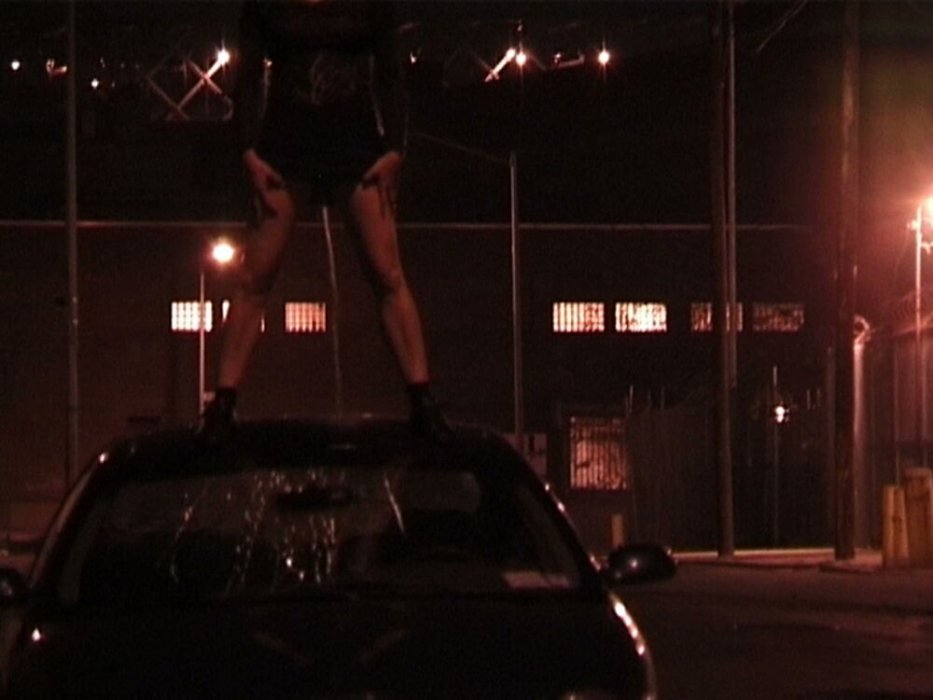 The performative actions of Itziar Okariz revolve around language and the body as imposed ideological devices that shape our identity. Okariz performs minimal actions that, in both subtle and obvious ways, question the most ingrained social conventions. Among her works, Mear en espacios públicos o privados, 2000–04, was developed as a series of actions in different spaces, both private and public, where the artist, dressed in black, urinated standing up like a man.

As with all Okariz’s actions, the idea of repetition plays an important role. In this case, the first action (recorded only photographically) took place by the Rhine River in Düsseldorf. The artist has always chosen spaces with social or symbolic significance in which to execute her urinary action: in New York City, for example, she used 167 Greenpoint Landing, on Greenpoint Avenue; the luxurious SoHo Grand Hotel, (the hotel being an intermediate space between the public and private sphere); the residential area of Elizabethtown Wadhams Road; River Street in Brooklyn (where she peed on a car); and the Brooklyn Bridge. She has also performed it in the fountain of Plaza Zubimuxu, in the town of Irun.

In one of her actions, at the Pulansky Bridge in the State of New Jersey, she incorporated her daughter, then a baby, simulating the figure of an underground comic monster of the late seventies, RanXerox, a character who has a small head attached to his back. The presence of her daughter, dressed like her in black and almost indistinguishable, projected an image of maternity that subverted all the maternities represented throughout history. Okariz also performed her urinary action at the opening of the exhibition at the Atle Gerhardsen Gallery, Berlin, in 2006. This is a particularly masculine performance that offers many readings: the social construction of the male, the sexualisation of the body, concealment and duality between private and public, among others. The artist explains the critical meaning of her work in a statement:
‘All this, within a set of slightly subversive actions, illegal, let’s say. There are many things that are absurdly illegal, such as drinking alcohol or peeing in the street. These actions are small modifications of bodily gestures, which in some way reveal the nature of such gestures as social fictions, their construction and the unnatural nature of social fiction. What do they mean? To pee standing up is a masculine fiction, not because it is impossible for women to do it, we simply forget that there are a series of processes that are culturally constructed and that there are things like trouser zippers or public urinals that are also cultural constructions with meaning.’