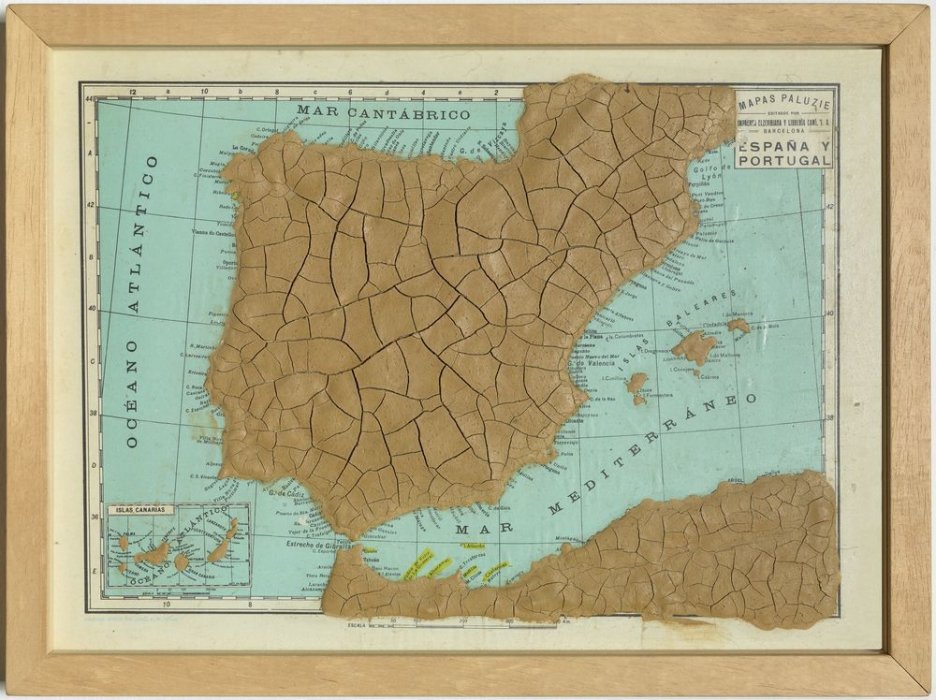 Following a long tradition of ceramics in his native town, La Bisbal d’Empordà, in the seventies Pere Noguera began an important part of his artistic work with unfired and fired clay. With a thoroughly contemporary conceptual approach, Noguera is interested not so much in the formal result but in the idea of process and observation of the material in relation to other elements such as the passage of time. He deconstructs clay in order to observe the process. Another centre of interest is the use of everyday objects and archive material, which Noguera incorporates and intervenes in the manner of readymades. His work with maps includes both these tendencies.

Noguera begins with an object as basic and universal as a school map. The fact of applying a layer of mud or clay to the surface of the map, as if it were a painting, connects with a technique invented by the artist, aptly called the enfangada. But while in other works Noguera covers entire surfaces, walls or objects, in this case he only covers a part of the surface of the map, either the sea or the land. A surface that, once dry, reveals the cracks in the clay in a process that the artist, interested in experimentation, can only observe without intervening.

The maps covered in clay by Noguera are of different geographic locations. In 1979 he used two maps of Spain and two of Europe. To cover a geographical territory in clay means erasing all the administrative and political categories derived from the human order: the maps of the Iberian Peninsula and Europe become new territorial representations drawn at random. In one of the two works entitled Mapa d’Espanya, Noguera leaves uncovered the division into provinces, only covering in clay the maritime area surrounding the Peninsula. In the other work, he covers the Spanish territory exposing only the sea. Clay dries and cracks at random generating new and imperceptible territorial and provincial divisions. The political criteria and decisions dividing territories and human lives reveal their randomness under a simple layer of mud. In the two works entitled Mapa d’Europa, it is the European territories and seas that are covered in clay. The cracks redefine and invalidate the geographical distribution of European countries supposedly legitimised by history and legislation: a thin layer of clay imposes a new physical geography.

Other works by Pere Noguera 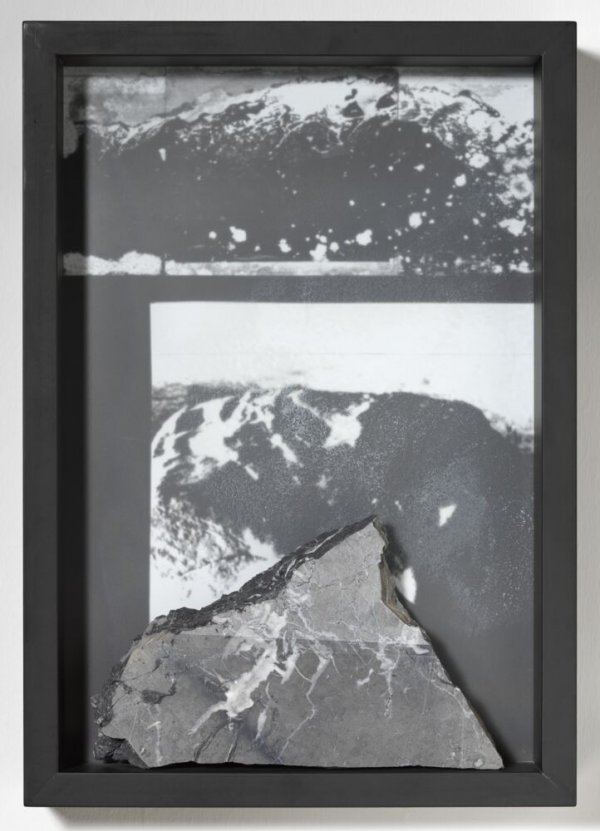 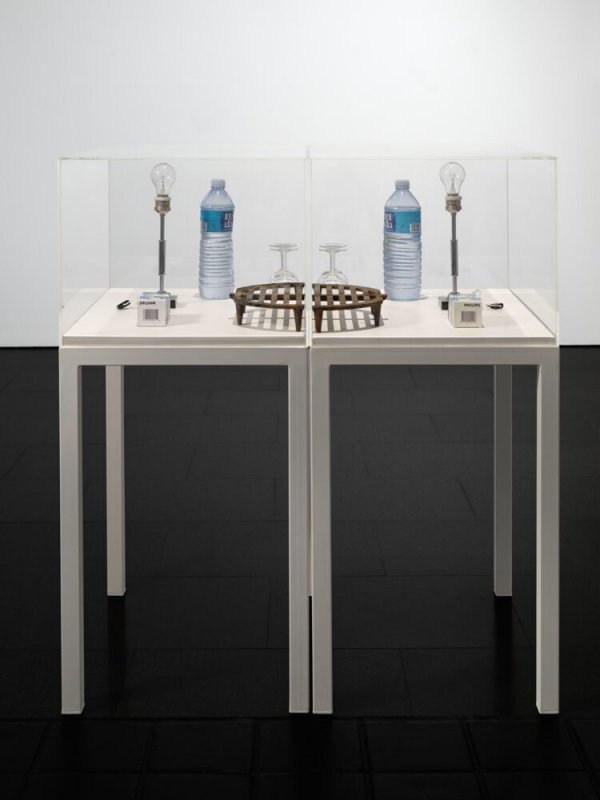 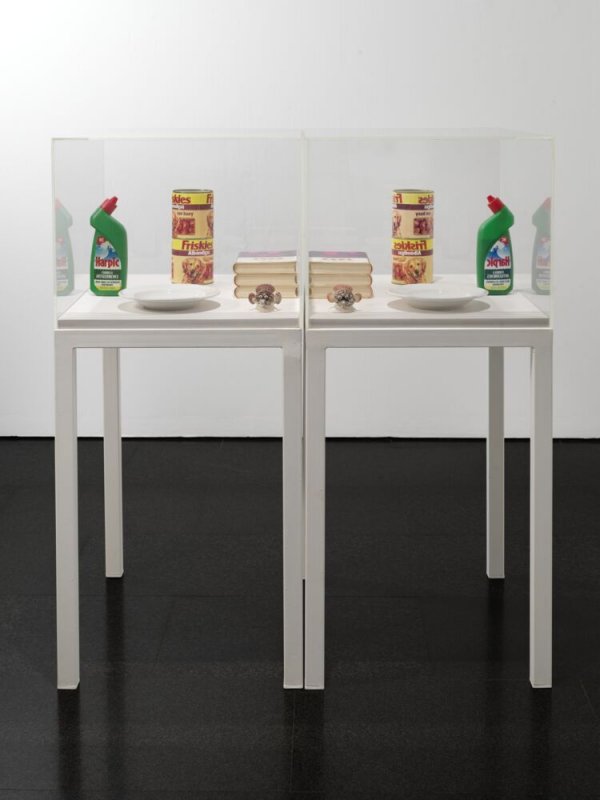 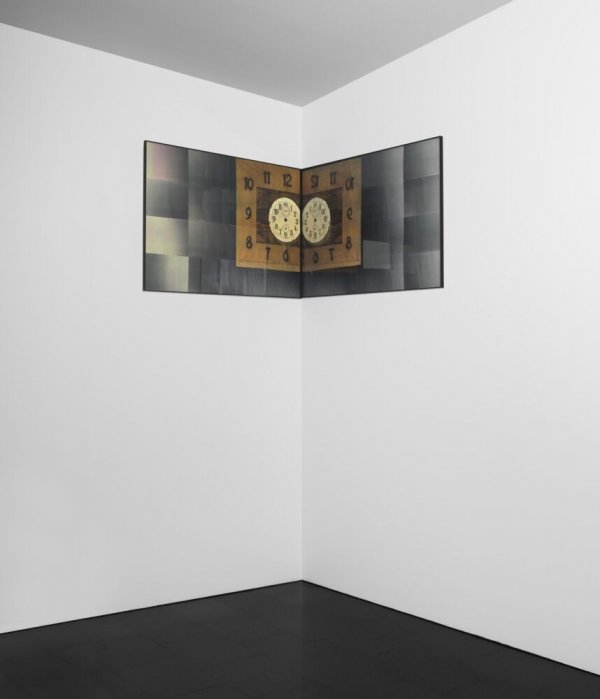 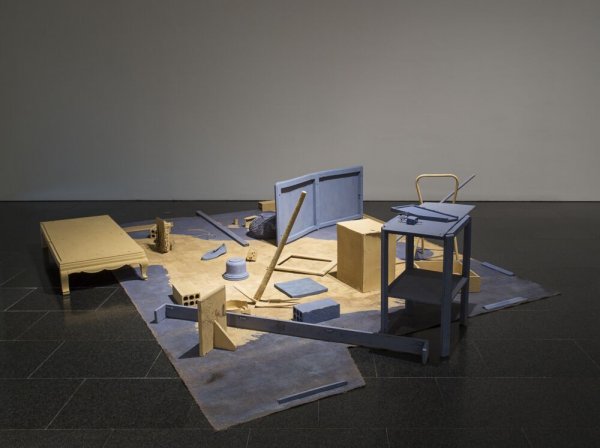 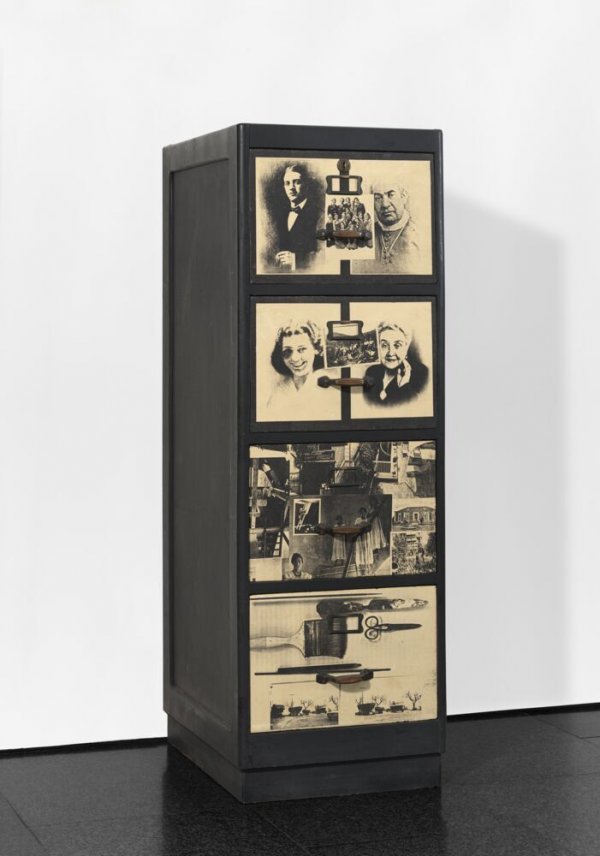 Pere Noguera
Arxivador
1977
See all works by this artist →