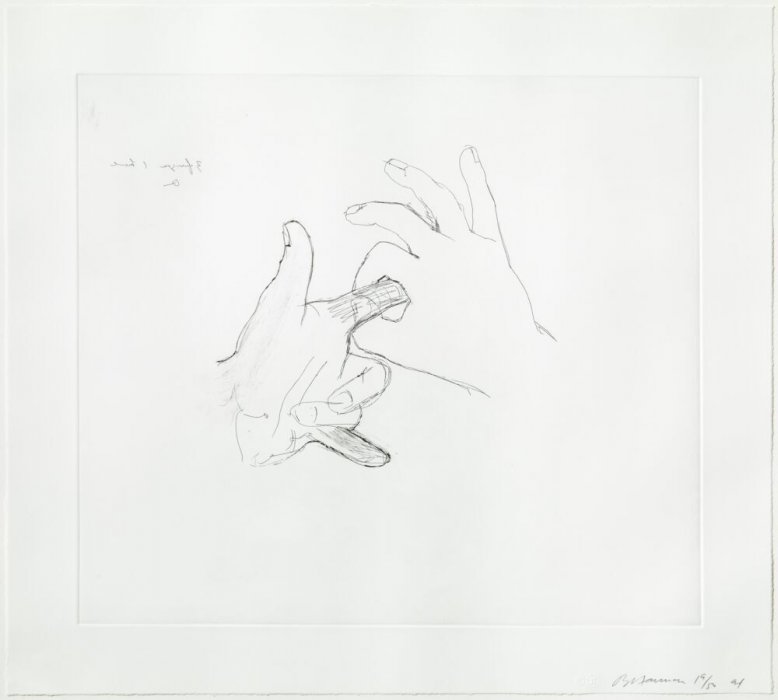 Bruce Nauman, Sense títol, 1994
MACBA Collection. MACBA Foundation. Private long-term loan, Barcelona. © Bruce Nauman, VEGAP, Barcelona, 2022.
Loading...
Bruce Nauman’s work takes the human scale as artistic measure. In his performances, volumes and drawings, the body and physical action become protagonists. He is mainly interested in the repeated gesture, the minimisation of means and the idea of process. Heads, eyes, lips or jaws are the subject of investigation in his work, revealing a fascination with hands and the various forms these may take. Hands that join in different gestures or that draw forms together, fingers interlocked, hands crossing each other and coordinated movements are the subject of his prints made in the nineties. A polyvalent metaphor of the human condition, they condense the power of minimal gesture and repetition.
Influenced by the classical sketches of old masters such as Leonardo da Vinci and Michelangelo Buonarroti and, in modernity, by authors such as Henry Moore, they demonstrate how an economy of means can produce works of great visual and conceptual density.
Read more 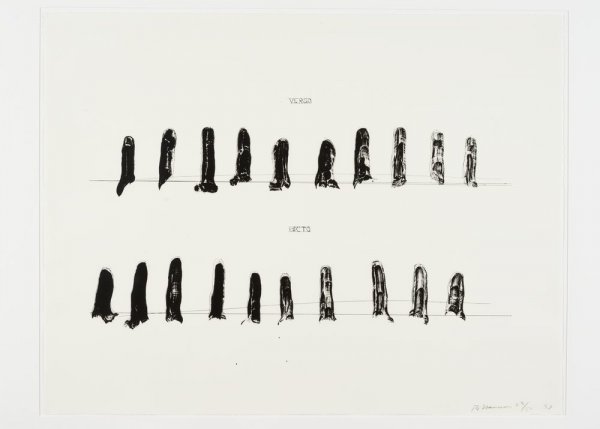 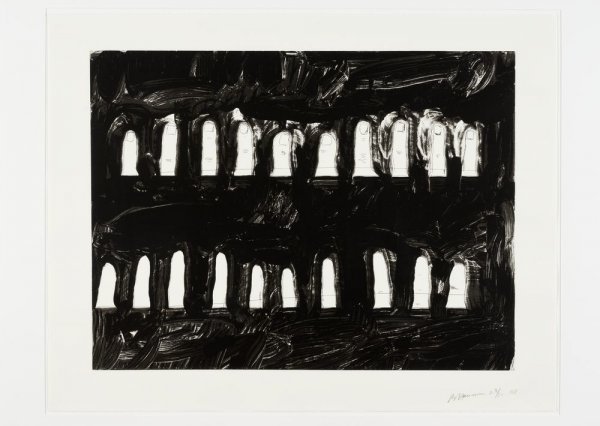 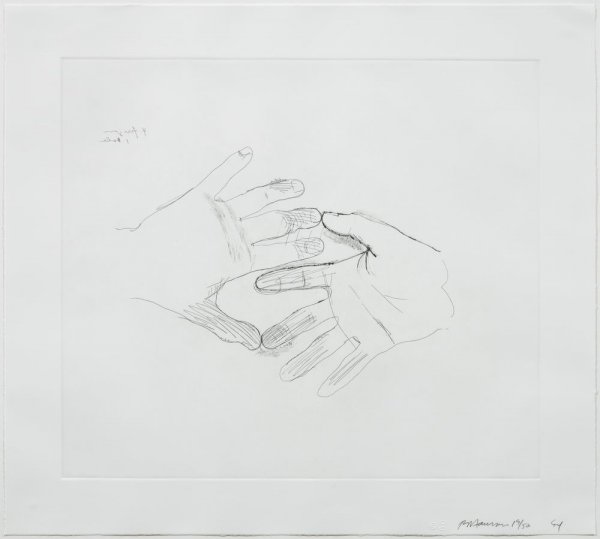 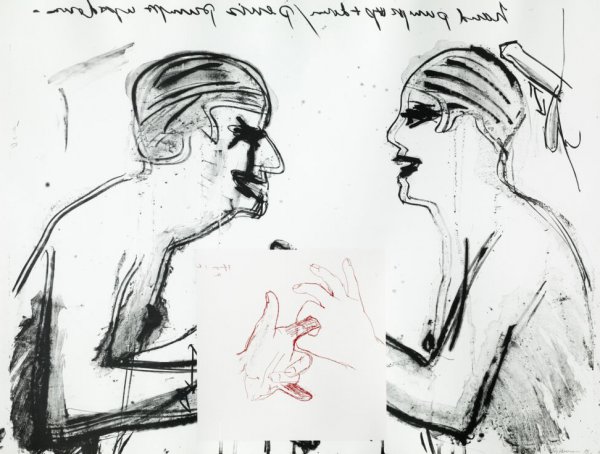 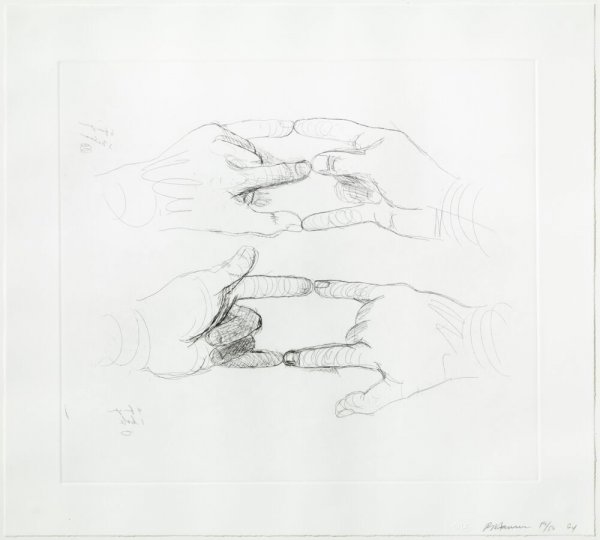 Bruce Nauman
Sense títol
1994
See all works by this artist →
I paint as if I were walking in the street. I collect a pearl or a crust of bread; what I find around is what I offer
Joan Miró